Whether you are a fan of the teams doing battle, have fantasy or gaming implications, or you’re simply looking for creative ways to increase your alcohol intake during the MNF telecast, we’ve got you covered.

Welcome to the Gridiron Experts Ultimate Guide to Monday Night. Whether you are a fan of the teams doing battle, have fantasy football or gaming implications, or you’re simply looking for creative ways to increase your alcohol intake during the Monday Night Football telecast, we’ve got you covered. Week 6 has the 2-3 San Diego Chargers hosting their second MNF game of the year, while Andrew Luck makes his first career start on Monday night for the 4-1 Indianapolis Colts.

The last time the Colts visited the West Coast, they came away with a surprising and decisive victory over the San Francisco 49ers. Andrew Luck had a lackluster passing day that afternoon but figures to have greater success against a San Diego defense that gives up almost 290 yards and two touchdowns through the air per game. Then again, the Chargers are also in the bottom ten of the NFL in run defense, while Indianapolis has been a top-5 rushing team at 142 yards per game. We had Trent Richardson projected as the #20 running back for the week and he’s got a good chance to score his third touchdown in four games with the Colts. But there should be plenty of fantasy goodness to go around, so Luck and Reggie Wayne are also excellent fantasy plays in Week 6. The key for Indianapolis in this matchup is likely to be the ability of their defense to continue to play at a high level that has the Colts fifth in the league in points allowed and sacks. The Chargers offense has been one of the bigger surprises of the 2013 season thus far, as a top-five unit in terms of total yards per game. First-year head coach Mike McCoy’s offensive system has revitalized Philip Rivers, who entered Week 6 fourth in the league in passing yards and with as many touchdowns as anyone not named Peyton Manning. However, the Colts are allowing just over 200 yards passing per game and have given up only four touchdowns through the air in five games. Whichever team can overcome the statistical odds in the matchup of San Diego’s passing offense and Indianapolis’ pass defense will likely have the advantage in this game.  Ironically, the Colts’ Achilles heel on defense has been stopping the run, where they rank third-to-last in the league, but only eleven teams have been less effective at running the ball as the Chargers in 2013. Danny Woodhead is likely to enjoy a productive night, but only because of his involvement in the passing game.

Andrew Luck should have a big game in his MNF debut, but I think Philip Rivers and the Chargers passing game will be up to the challenge. We projected both quarterbacks as top-six fantasy plays for the week and that should lead to plenty of points on the board. The difference, though, will be the ability of Indianapolis to complement Luck with an effective running game, while San Diego will struggle even against a poor Colts’ run defense. I expect the Chargers to hang around, but to ultimately fall short for a second time this season on Monday night.

The matchup on the football field doesn’t have to be the only game in town on Monday night. Get a group together, grab your favorite beer and a bottle of liquor, and enjoy the Gridiron Experts MNF Drinking Game. 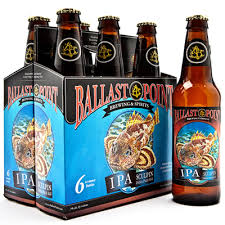 Beer of the Week

Ballast Point Sculpin IPA – The Sculpin fish is known for the stinging spikes on its fins, but also for its delicious meat. Ballast Point Brewing & Spirits Company in San Diego thought something that has a sting but tastes great was a perfect representation of its India Pale Ale, which balances a sharp taste of hops with sweet, citrusy flavors. The Sculpin is also meant to be a testament to Ballast Point’s humble beginnings in the back of a homebrew supply store. Today, Ballest Point churns out the 7% ABV Sculpin IPA from a brewery less than 10 miles north of the Chargers’ Qualcomm Stadium.