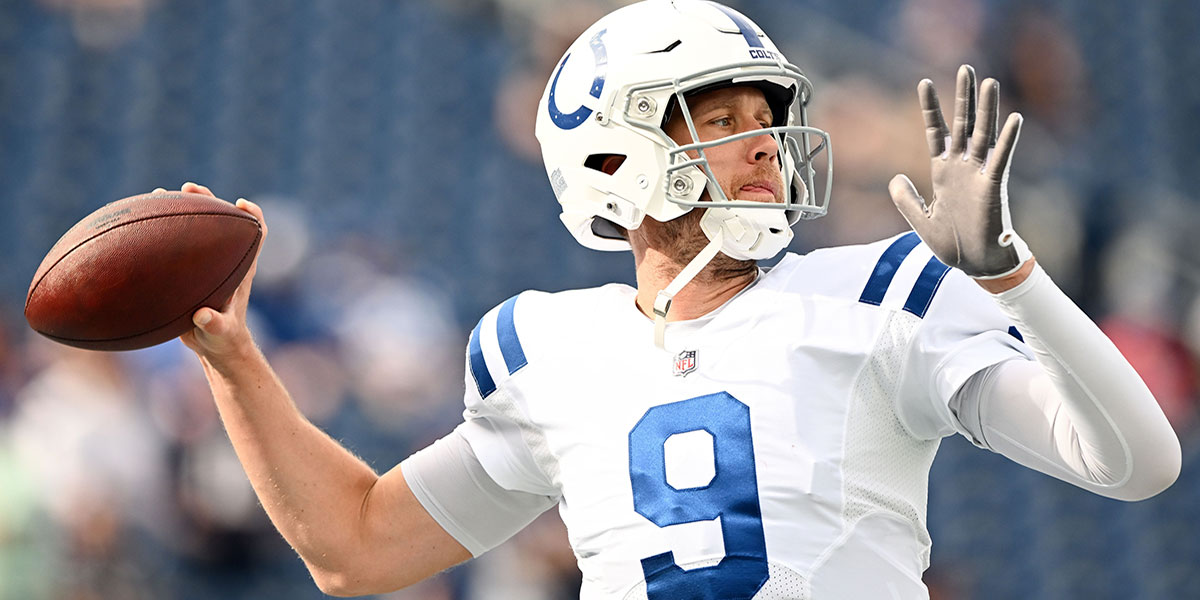 Happy last week of the month, and how are you doing? Welcome to the next to last regular season Monday Night Football game. This one will be the Los Angeles Chargers @ Indianapolis Colts, 45.5 o/u, and the Chargers favored by -4.

Before we start, let’s look at last week, where I sucked, and it wasn’t because of injuries. I went 1-4. I missed Christian Watson’s receiving yards went over 47.5, and he had 46. I missed Baker Mayfield’s pass attempts, over 30.5, and he had 21. I missed my nemesis’s first touchdown Cam Akers (and I am not giving up yet), but gI to Mason Crosby under 1.5 field goal attempts. He had one (you). I promise to try and do so much better, and we will.

Another thing before we get started, my early resolution is to never…ever…ever… bet on NFL Saturday games (unless they are playoffs)! So much bad mojo and so many bad bets but so many good games. But as Tay Tay says, “shake it off.”

The Indianapolis Colts have yet another quarterback change. Foles will be under center, and Matt Ryan is out.

This will be Foles’ first time under center, but we can still expect the Colts to play from behind.

Foles will need to chuck the ball. So, we are going over 33.5 passing attempts for Foles.

My number for today is 33.5, I can’t explain it, but I like it. There is an obvious reluctance to count on Palmer now that Mike Williams is back, but in Week 15, Williams was on the field for 89% of offensive snaps, Palmer 65%, with five targets, five receptions, and 49 yards.

Palmer is averaging 10.82 yards per reception and 54.9 yards per game (slightly skewed by William’s absence, agreed). But as you see in the games with Williams, he has had 49 and 53 yards.

The Colts’ defense is better against the pass than the run, but they yield 66% of their fantasy points and yards to the outside receiver.

In his last game, Moss had 24 rushing attempts. That was his first game without Jonathan Taylor.

In Week 9 without Taylor, Deon Jackson was the leading rusher with 11 attempts (in a Sam Ehlinger offense).

This number is tricky if you think Deon Jackson will be the lead running back. I don’t. Last week Moss had 24 carries to Jackson’s 11. Moss was on the field for 67% of the offensive snaps and Jackson for 32%.

Over on Moss rushing attempts, 13.5