We have officially passed the quarter mark of the 2020 NFL season. We have seen lots of great plays, some questionable calls, and most importantly, over 190 hours of football. Monday Night, in particular, has had some great games and the upcoming slate should yield more thrilling action and fantasy production, starting with this contest featuring the Los Angeles Chargers versus the New Orleans Saints.

The Chargers will be making the trip to the formally daunting Mercedes Benz Superdome for their game on Monday night. This stadium used to be it’s own variable when wagering on visiting teams or starting visiting players in fantasy lineups. Though the Superdome has not been the environment it has been in years past, playing in New Orleans is still a tough task for any team. The Saints are favored in this contest by seven points, one of their largest spreads so far in 2020. This is widespread for two closely matched teams and should be bet against. Take Los Angeles and the points.

For the Over/Under, 50 points is a fair line when you look at these offenses and their recent performances. Both teams have talent on their offenses but with all the injuries on both teams, there is a better chance of this being a low scoring contest. Take the under in this matchup. 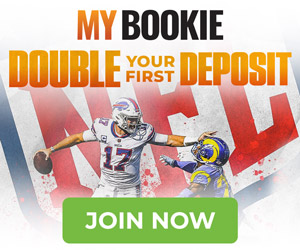 In last week’s game, Chargers quarterback Justin Herbert was a part of history. His matchup against Tom Brady and Tampa Bay was the largest age gap between two starting quarterbacks since 1950, a gap of nearly 21 years. Herbert will get another chance to add to that list in this MNF matchup against Drew Brees, who is 19 years his senior.

Brees, in his 20th NFL season, is beginning to show his age in 2020. He is ranked as the QB20 so far through Week 4 and only has one top ten fantasy performance this season (Week 3 versus Green Bay). His status as a weekly fantasy starter may have passed him by, relegating him to the streaming tier of fantasy quarterbacks. If you are looking to plug him into your lineup Monday night, this matchup will be a favorable one. Los Angeles has the fifth-worst defense against fantasy quarterbacks (depending on scoring format) and have allowed two top-seven fantasy performances in the last three weeks (Week 2 versus Kansas City and Week 4 versus Tampa Bay). Brees will once again be without his favorite weapon Michael Thomas on Monday night after getting into an altercation with a teammate on Sunday. He will have his usual crew of solid offensive talent that he has played with all year, but missing Thomas will certainly limit Brees’s upside in this matchup. Brees is a high-end QB2 play this week.

While Justin Herbert’s starting role may have come unconventionally, he has shown a good amount of promise in his time leading the Chargers. Since he debuted in Week 2, Herbert is the QB10 with 931 yards, five touchdowns, three interceptions, and a 72% completion percentage. Los Angeles seems to have found their franchise quarterback but it is yet to be determined if he will be a consistent fantasy starter. Outside of Week 4 where we finished as the QB7, Herbert has yet to post a truly spectacular fantasy performance. He will certainly have a chance in this matchup as the Saints have the seventh-worst defense against fantasy quarterbacks, allowing an average of 253 yards and 2.75 touchdowns per game to opposing quarterbacks. Their defense is also dealing with injuries to key members of their secondary as Marshon Lattimore and Janoris Jenkins have missed practice time so far this week. Herbert is still a risky start in single quarterback leagues but is an excellent option in Superflex or 2QB league formats.

After taking a step back in 2019, Alvin Kamara is right back to his elite fantasy status, ranking as the RB1 through Week 4 in PPR scoring formats. Kamara is making an impact both as a runner and receiver so far in 2020 and has been a key cog in the New Orleans offense, making up over 36.5% of their total scrimmage yardage and half of their rushing and receiving touchdowns. He is an auto-start every week and will continue his dominance on Monday night.

Latavius Murray had an excellent Week 4 performance, rushing for 64 yards and two touchdowns against Detroit last week. Murray has a role in this Saints offense that allows him to sprawl on weak matchups but his upside is limited in games where they are not. Los Angeles has been one of the best defenses against fantasy running backs so far in 2020, being the only team remaining to not allow a rushing touchdown to that position group through Week 4. Murray is only a deep league flex option this week but should remain on your bench/waiver wire this week.

During Melvin Gordon’s holdout last season, many speculated if his backup Austin Ekeler would be able to fill his role in the Chargers offense and become a fantasy asset. Ekeler was more than able to do so, finishing as the RB4 in PPR scoring formats and looked to carry that success into 2020. He was doing a great job so far, as he was the RB6 through Week 3. But, unfortunately, Ekeler suffered a hamstring and knee injury in Week 4 and will be out for multiple weeks. This leaves a void needing to be filled in the Los Angeles offense and it will be interesting to see how Anthony Lynn and his staff work with the remaining running backs on the depth chart.

Joshua Kelley, a fourth-round selection in the 2020 NFL Draft, is slotted to take over the starting role for the Chargers with Justin Jackson expected to serve as the backup. Kelley has shown some potential this season but has struggled recently, including two straight weeks with a lost fumble. He will need to keep a hold of the ball if he wants to stay on the field and make plays Monday night. In this game, New Orleans is not a particularly easy matchup for them, ranking as the fourteenth best defense against fantasy running backs through Week 4 (depending on scoring format). Both Kelley and Jackson will get plenty of opportunities on Monday night but based on their recent performances and the matchup, those opportunities may not develop into fantasy production. Keep Kelley and Jackson on your bench/waiver wire this week.

New Orleans has had to rely on their depth in the early part of this season with Thomas out of their lineup. Veteran Emmanuel Sanders has helped fill the void left by Thomas. In the last two weeks, Sanders has been the WR26 in PPR scoring formats and will look to continue that momentum Monday night. They have also found some success with their young wide receivers, such as Tre’Quan Smith and Deonte Harris. Smith especially came through last week in Detroit with four receptions for 54 yards and two receiving touchdowns. Sanders and Smith are the best Saints options for Monday night but will have a tough matchup against Los Angeles. Sanders will finish as a low-end WR2 on Monday night where Smith is a lottery pick flex play if you are looking for someone with a high ceiling.

The only wide receiver on the Chargers that has been a consistent fantasy asset is Keenan Allen. Allen is the WR14 in PPR scoring formats through Week 4 and has been a constant target for Herbert. He has had double-digit targets in every game since Week 2 and is averaging nine receptions and 96.6 yards per game in that time span. Even against this tough matchup (New Orleans is the eighth-best defense against fantasy wide receivers through Week 4 depending on scoring format), Allen is playing at such a high level he needs to remain in your lineups this week. All of the other Los Angeles wide receivers, like Mike Williams and Jalen Guyton, should remain on your bench/waiver wires this week.

One option that Herbert has used frequently to start his NFL career is Hunter Henry. Since Week 2 Henry has had nineteen targets, which is the second-most on the team in that time span. Henry has turned those targets into thirteen receptions for 172 yards, making him the TE14 in PPR scoring formats. He is seeing the ball plenty and looks like a vital part of the Chargers offense, which gives him a very solid floor in this MNF matchup. The only factor that is missing from Henry’s statline to start 2020 is touchdowns. He will have a great opportunity to get his first one on Monday night. New Orleans has the second-worst defense against fantasy tight ends (depending on scoring format) this season, allowing an average of eight receptions, 82.5 yards, and 1.25 touchdowns per game to the position group through Week 4. Even if he is kept from the endzone again in Week 5, Henry is in line to have another great game on Monday night. Start him in all formats and expect a TE1 level performance from him Monday night.

New Orleans has had three different tight ends start a game so far in 2020 with Jared Cook, Josh Hill, and Adam Trautman. None of these players have been able to make much of a fantasy impact, outside of Week 1 when Cook was the TE10 (PPR scoring formats). Brees has not used this position like he has in years past and there is no indication he will on Monday night. Cook, who is the Saints top tight end, is questionable for this game with a groin injury after practicing in a limited fashion this week. While the Chargers are the tenth worst defense against fantasy tight ends (depending on scoring format), there is just not enough production coming from any of the Saints tight ends to warrant a start on Monday night. Keep Cook, Hill, and Trautman on your waiver wires/benches this week.

Both the Saints and Chargers have had below-average D/ST units so far through 2020, ranking in the bottom half of the league (depending on scoring format). Injuries have played a big factor in these units throughout this season and there are some key defensive players who will be at least limited on Monday night. With this in mind and the level of each team’s offense, I would not recommend starting either one of these D/ST units.

Brees and Herbert will lead both of their teams in this MNF matchup and help push their teams back into playoff positioning. The Saints and Chargers are two evenly matched teams, so this game will come down to whoever makes the least amount of mistakes. Los Angeles is one of the worst teams in the NFL in terms of turnover differential at -4 so far in 2020 and will likely keep that trend going with Herbert under center. Look for the Saints to win close on Monday night with a score of 28-24.