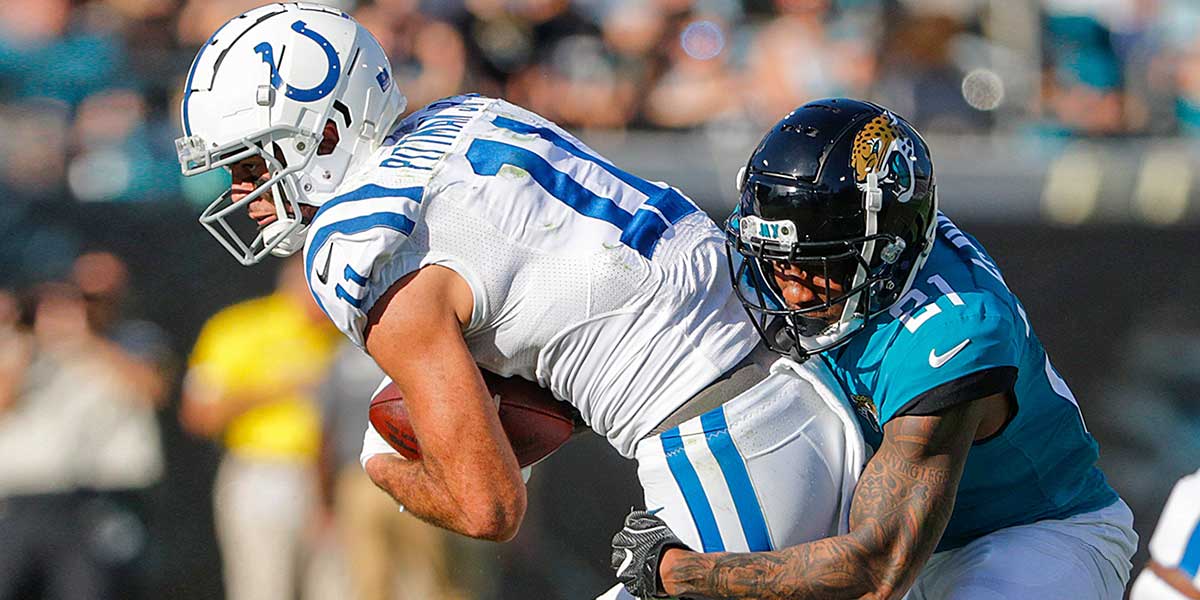 Indianapolis Colts receiver Michael Pittman Jr. had a season to remember in 2021, and there’s reason to believe 2022 will be even better as he enters his third season in the NFL.

While some might consider Pittman Jr. to be just a safe pick in upcoming fantasy drafts, don’t overlook him when you’re targeting a receiver with a high ceiling. After starting just eight games in 2020 with a target share of 11.4%, Pittman Jr. saw his targets more than double in his second season, receiving a team-leading target share of 25.5%. As his targets increased, so did his production. Pittman Jr. caught 88 passes for 1,082 yards and six touchdowns. The USC product ranked 15th in receiving first downs, 17th in receptions, and 18th in receiving yards. He finished as WR16 in standard leagues and WR17 in PPR leagues.

The 24-year-old made this jump while competing for targets with T.Y. Hilton, Zach Pascal, and Parris Campbell. This season, he might have an even better opportunity to grow his target share and truly break out as a volume receiver. Pascal signed a new deal with the Philadelphia Eagles this offseason, leaving the Colts with a less crowded receiving room. Free agent T.Y Hilton has yet to make his decision on which team he will play for in 2022, but it doesn’t look like it will be with the Colts. Pascal and Hilton combined for 106 targets, making up 21% of the target share in Indianapolis. One can only assume that Michael Pittman Jr. will inherit a good portion of those targets this season. Pittman Jr. ranked 16th in the NFL in targets last season. If he can absorb the targets that went to his former teammates last season, the volume potential is endless.

In 2022, Michael Pittman Jr. will be playing with his third different quarterback in as many seasons. This might come with some chemistry concerns, and rightfully so. It’s never a good thing when you have to develop a new rapport with a new quarterback every year. But sometimes, that’s just the way the cookie crumbles.

However, Pittman Jr. might have caught a lucky break with the team acquiring Matt Ryan in the offseason. Wentz helped elevate Pittman Jr. to new heights last season, but Ryan might be able to take him a step further.

As of late July, Pittman Jr.’s ADP is at 47, with 14 receivers being drafted ahead of him. While this might be a fair spot for him, I don’t see any reason why he can’t outperform his ADP. He finished as WR16 last season but will enter this season with a quarterback upgrade and a lot more target opportunities.

As a fantasy manager who will be looking to target Pittman Jr. in a lot of my drafts, I am loving his ADP. I consider him to be a super-safe pick with a solid floor, as well as a prime breakout candidate with a high ceiling. I wouldn’t be surprised if Michael Pittman Jr. finishes as a top 10 receiver in fantasy football this year.