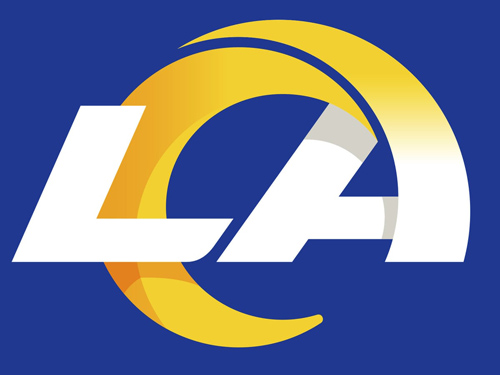 Los Angeles Rams receivers rejoice! Out the door goes Jared Goff’s abysmal 27.1-percent (No. 32) deep ball completion. 2020 wasn’t an outlier season either; in 2019, Goff’s 29.6-percent deep-ball completion was only No. 30 among quarterbacks. Stafford’s deep-ball completion percentage exceeded 40-percent this past season (42.6-percent, No. 14). Robert Woods, in particular, is the receiver that benefits the most from the upgrade to Stafford at the quarterback position. The past two seasons, Woods has finished outside the top-65 in catchable percentage of passes by wide receivers. When factoring out passes deemed uncatchable, Woods has back-to-back seasons inside the top-12 in true catch rate. In the past two seasons, Woods has finished top-5 in yards after the catch with 560 and 487 YAC in 2020 and 2019 respectively. His WR19 (15.2 fantasy points per game) and WR12 (15.5) finishes in PPR points per game in the past two seasons have cemented him as a strong WR2 floor and, now with a quarterback upgrade, is a high-end WR2 in fantasy drafts this upcoming season.

Where Will Matthew Stafford Play in 2021

Matthew Stafford, the No. 1 overall pick in the 2009 NFL draft, is expected to play for a new team in 2021 after 12 seasons as the Detroit Lions starting quarterback. The Lions’ leader in most passing categories, Stafford looks to write the next chapter in his career and potentially land on a team where he can win his first playoff game (0-3 playoff record). Often overlooked and underrated thanks to playing in the same division as Aaron Rodgers, Stafford has doubters to prove wrong that question his ability to be a winning quarterback or his recent durability concerns. How good is Stafford and where will he play football in 2021? These questions will be addressed in this article.

A disappointing season in Detroit capped off with the firing of Matt Patricia from his head coaching position overshadowed a solid statistical season from Matthew Stafford. Stafford quietly had 77.6-percent of his pass attempts deemed to be on target, which was No. 10 among quarterbacks that started more than 9 games according to Pro Football Reference. That stat is made more impressive when realizing that Deshaun Watson was the only quarterback to have a higher percentage of his passes deemed to be on target than Stafford that also averaged more completed air yards per completion than Stafford’s 6.9 (No. 6). Stafford, in his age-32 campaign, proved that he still has a top NFL-caliber arm capable of making big passing plays.

Matthew Stafford’s struggles in the passing game last season were causation of one significant event this season. According to Playerprofiler, Stafford was credited with 36 (No. 6) danger plays and 30 (No. 2) passes deemed interceptable. Pro Football Reference agrees with this assessment of Stafford’s reckless play, crediting him with an 18.3-percent (No. 9) bad throw percentage of all of his passes. Both sites differ on the number of dropped passes, but both had Stafford in their top-5 quarterbacks with the most dropped passes. Only one quarterback, Andy Dalton, saw a larger percentage of his passes dropped than Stafford according to Pro Football Reference. Stafford’s struggles in these areas were because he was without his 6’4” No. 1 wide receiver, Kenny Golladay, for nearly three-quarters of the 2020 season.

Matthew Stafford missed 8 games last season with a fracture in his vertebrae in 2019. In his last 13 games played with Kenny Golladay (5 in 2020, 8 in 2019), Golladay finished with 9 top-24 wide receiver weeks in fantasy football, which includes one game that Golladay left the game early with an injury. In five of those nine games, Golladay finished as WR14 or better. In the absence of Golladay, Marvin Jones had mixed results as Stafford’s No. 1 receiver. In 11 games without Golladay, Jones had four games where he finished within the top-5 scoring wide receivers for the week and seven games where he finished outside the top-36.

Before his vertebrae fracture, Matthew Stafford had 19 touchdowns in 8 games. In 2020, Stafford played through multiple injuries (ankle sprain, rib cartilage, and thumb ligament tear in his throwing hand) raising concern among casual NFL fans about Stafford’s durability. Stafford’s play through a variety of unrelated injuries in 2020 along with his 16-game pace of 4998 yards and 38 touchdowns (10 interceptions) in 2019 should intrigue fantasy football enthusiasts. If paired with a talented No. 1 receiver this offseason, Stafford becomes a late-round QB value (ADP: QB19) in drafts next season while also making his No. 1 receiver a consistent and reliable WR2 in fantasy football with a high-ceiling.

If you’re interested in these odds or any sportsbook odds and new to the game, I suggest checking out HowToBet.com, they have one of the best betting guides on the web.

The San Francisco 49ers have emerged as the Vegas favorite according to most Sportsbooks.  This is surprising when considering that they are in the same conference as the Detroit Lions. Would the Lions trade their longtime quarterback to a team they could play against in future playoff matchups? From a fantasy football perspective, this would be a best-case scenario as he would have George Kittle, Brandon Aiyuk, and Deebo Samuel at his arsenal.

The Indianapolis Colts are a strong playoff contender in the AFC looking to solidify the quarterback position with additional money available to spend on a left tackle and other offense upgrades. The Colts theoretically could partner Stafford with his No. 1 wide receiver from Detroit, Kenny Golladay. With Frank Reich as head coach and Chris Ballard leading the front office, the Colts are Matthew Stafford’s best bet at playoff success.

The Denver Broncos would return Courtland Sutton to a young, talented receiver group featuring Noah Fant, Jerry Jeudy, and K.J. Hamler. Most of their offensive line is under contract and they have Melvin Gordon in the backfield. Matthew Stafford could be the missing piece to the offensive puzzle if they don’t view Drew Lock as the franchise quarterback. Lock, 24, would be an intriguing trade piece for the Lions since they will be looking for a new starting quarterback.

The New England Patriots tried Cam Newton in 2020 and the results were disappointing, leading to his multiple benchings this past season. Jarrett Stidham has had minimal regular-season snaps and does not appear to be the heir apparent either. The Patriots are lacking in receiver talent for Stafford but should have close to $60 million in cap space to spend on both Stafford and a top-tier wide receiver free agent.

Although the San Francisco 49ers are Bovada’s favorite to land Matthew Stafford, my pick for Stafford’s new team in 2021 is the Indianapolis Colts. The Colts showed in the last offseason with the signing of Philip Rivers that they are willing to venture into the veteran quarterback pool to acquire their starting quarterback for their playoff squad. Would John Lynch and Kyle Shanahan be willing to part with the 12th pick in the 2021 NFL draft? I don’t think so because a quarterback could fall in the NFL draft and if the 49ers managed to snap him they will have their franchise quarterback locked up on a cheaper, cost-controlled contract. The Colts are likely to make their first-round pick available in trade talks, as they showed last year when they traded their 2020 1st round pick to secure the young veteran defensive lineman, DeForest Buckner. Without a proven quarterback on the roster, Chris Ballard may be forced to pay the asking price to secure Stafford as his team’s starting quarterback.