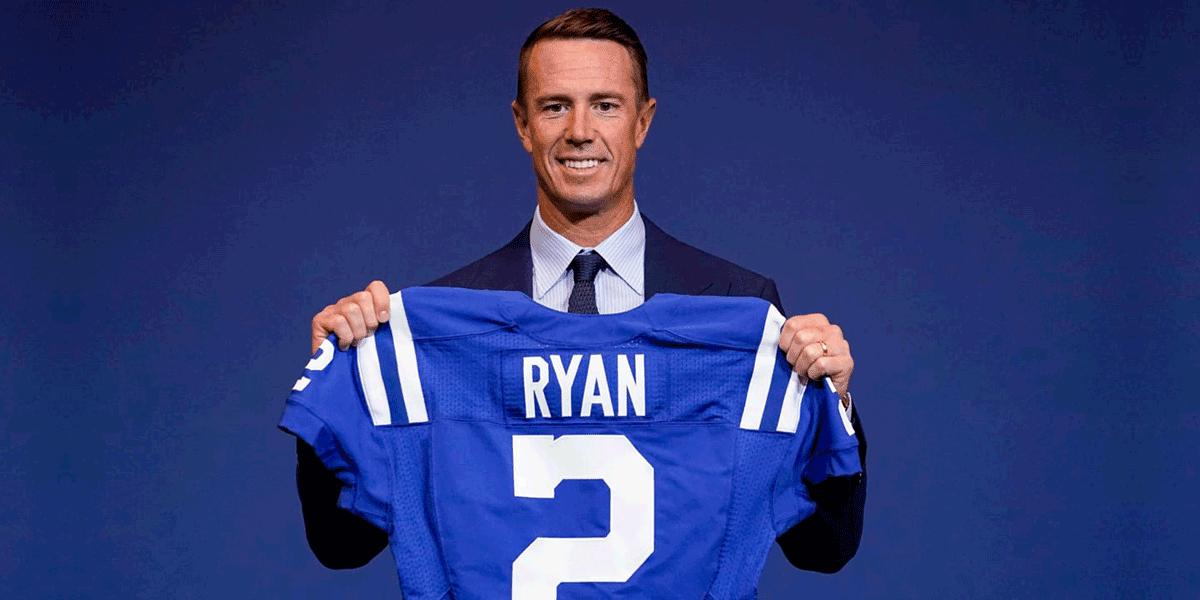 In the free agency, let’s make a deal frenzy that marked the beginning of the 2022 NFL Season, the quarterback carousel was ridiculously crazy. Crazy enough to play havoc with your fantasy drafts and your fantasy hopes.

Of course, a lot will depend on how all 32 teams’ final rosters will look like, but we can gleam an idea of what is a person’s fantasy potential.  And the person we are gleaming today is quarterback Ryan.

The receiving options for Ryan currently include:

BUT THIS IS ABOUT MATT RYAN

Running back Jonathan Taylor is still in the backfield.

Last season the Colts were fifth in rushing attempts per game (29.4) and fifth in the percentage of rushing plays (47.43).

Taylor not only finished as RB1 in fantasy, but he led all NFL players in red zone opportunities (93), averaged 5.5 yards per carry and had 20 total touchdowns.  Taylor did have 53 targets giving him a 10.6% target share.

FanDuel has ranked Ryan 11th out of 16th in the AFC quarterback race.  Unless the Colts find him more weapons it is hard to argue with that.

Ryan’s fantasy ceiling is lowered not only by his lack of productive weapons but Taylor’s proficiency in the run.

The Colts have seven 2022 NFL Draft picks, starting in the second round.  With the depth of the receiving class this year not having a first-round pick should not be as detrimental as it appears.

Pump the brakes on getting overly excited about Ryan’s fantasy value in Indianapolis…at least until the end of the 2022 NFL Draft.

The man you cannot deny is Taylor.  Ryan being a slightly more dependable man under center than what the Colts had last season can only add value to Taylor.

The Colts are currently making it difficult for redraft fantasy players.  So for now count on Taylor and hope for more reliable receiving options for Ryan and your fantasy dreams.