The Jerick McKinnon fantasy hype train is out of commission for the next few weeks.

49ers GM John Lynch said McKinnon will be out of action until the start of the regular season. McKinnon took a hit in practice and was helped off the field by trainers. He received an MRI which revealed “just a muscle strain,” but the team is playing it safe and resting him for the remainder of the preseason

Hopefully, this cooling off period will correct his average draft position in fantasy football.

If you haven’t been paying attention, McKinnon, a player you could have drafted in 16th round last year, a player that has never had more than 600 rushing yards in his career, peaked as a mid-second round running back on July 13th of this year.

Since the injury, McKinnon has returned to being a 3rd round running back, however, his actual fantasy value is still left up for debate. How far does Jerick McKinnon have to fall to become a value pick? And even though he has peaked as a second rounder, with the high number of running backs being drafted early on in 2018, is an RB on an up and coming 49ers team really a reach?

Jerick McKinnon Fantasy Stock: How Did This Happen?

McKinnon, the offseason fantasy darling, and his $30 million contract, had a roller coaster offseason. Fantasy owners have been spoon-fed hype about the 49ers newest RB and his possible success continually over the last few months. Here’s a quick recap:

All of these offseason news stories have led to fantasy owners buying into the possibility of McKinnon being a fantasy stud. However, I should point out that three of these stories came from 38-year-old head coach Kyle Shanahan himself. Which leads me to wonder if Shanahan is true to what he says, or is just a big talker?

The truth is, Kyle Shanahan’s resume is so impressive that it’s hard not to take notice of his comments. The following chart shows Kyle Shanahan success at each position over his coaching career. Since leaving Cleveland, Shanahan has coached a top ten fantasy running back each of the last three years in PPR scoring format.

What’s even more interesting is where these running backs were being drafted in those years?

Devonta Freeman was a gem in 2015 with an ADP of 9.06 before going on to become the top PPR running back of the year. Despite that success, the fantasy community didn’t quite feel Freeman deserved to be worthy of a first pick the following season, as his ADP was 2.06 in 2016. Freeman continued to outperform finishing the year as an RB6 in PPR. When Kyle Shanahan became the head coach of the 49ers, it was the same story different player. Carlos Hyde had a 3.09 ADP but ended the year as a top 8 fantasy RB in PPR scoring.

McKinnon is a SPARQ score freak that has comparable measurables to LaDainian Tomlinson.

McKinnon’s role for the Vikings was to play behind a workhorse RB (Adrian Peterson in 2014 & 2015) or act as a change of pace back splitting carries the past two seasons. He was never trusted as a lead dog as he never surpassed 160 carries in a season.

San Francisco could be a perfect landing spot, with a young up and coming quarterback and four former first-round picks making up the offensive line (Staley 2007, L.Tomilnson (DET) 2015, Garnett 2016, McGlinchey 2018). McKinnon in a heavier workload could translate into fantasy success. The key factor – as with all players – is to stay healthy and avoid injury. I have never been one to handcuff running backs, but if you do decide to invest in McKinnon in 2018, it may be wise to draft Matt Breida for insurance purposes. You can draft Breida in the 12th round. 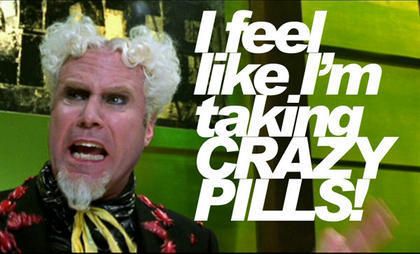 I don’t know about you, but I’m starting to have second thoughts about Jerick McKinnon in San Fransisco. I now understand why those who are McKinnon truthers felt like they were taking crazy pills. In a year that has a heavy focus on running backs in the first two rounds, McKinnon could follow the path of Freeman and Hyde in the Shanahan scheme and outperform his ADP.

This preseason injury could help increase McKinnon’s fantasy value as he slips later in the 3rd round. Personally, I don’t I think could draft him in the 3rd round unless it was a PPR format, however, working on this article opened my eyes to his potential in 2018.