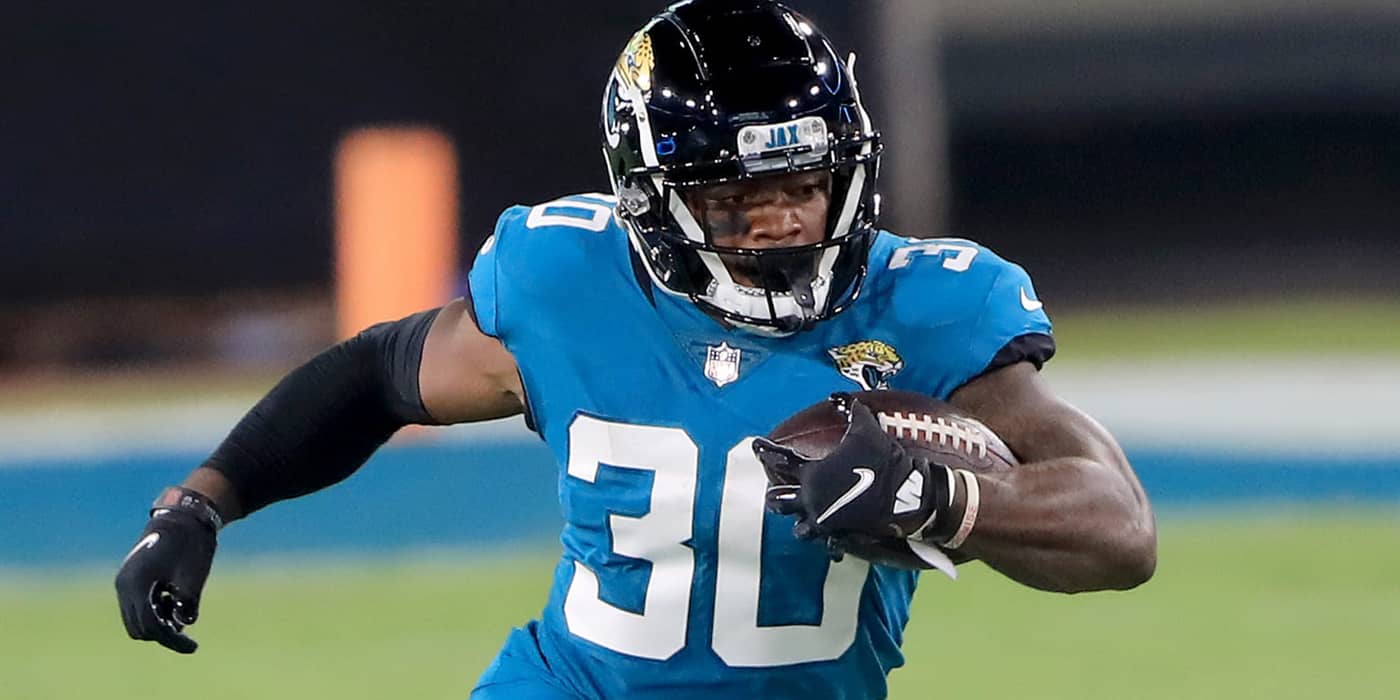 James Robinson set the fantasy world ablaze breaking records as an undrafted free agent running back. However, as we approach his sophomore year, acquiring Robinson on your fantasy squad could be a huge mistake. To be fair, Robinson is a talented back. This is not a piece bashing him as a player or what he did in 2020. Instead, this is a case study on undrafted free agent (UDFA) rushers, like Robinson, and the historical likelihood of their success.

Robinson is one of 422 UDFA running backs since the 2000 season (21 seasons total). He is a special specimen amongst them as his 250 PPR points in his rookie season were more than 371 other UDFA rusher’s career output. To clarify and reinforce the point, Robinson’s first year was better than roughly 88% of every UDFA running backs’ career over the past 21 seasons! Robinson has already been an exception to the odds and should make potential buyers wary.

But what about the 12% that scored more than 250 points in their career? These 51 rushers have combined for 331 seasons with only nine seasons over 250 points. That’s less than a 3% hit rate on these rushers that have been able to have a “decent” career. 250 PPR points is a high bar, generally, that’s a top-10 rusher on the year. If the bar is lowered to 150 PPR points (roughly a top-30 rusher on the year), the percentage gets better but is still not inspiring. There were 62 seasons of 150 or more PPR points out of the 331 combined seasons for an 18% rate. A less than one in five chance is hardly something to bet on with confidence.

The only two UDFA running backs to have multiple seasons over 250 PPR points are Priest Holmes and Arian Foster. Of the nine seasons over 250 PPR points, Holmes and Foster accounted for seven of them. And both of those guys not only went over 250 PPR points they went into the 300’s and even 400’s. So, there is a chance that James Robinson could be like Priest Holmes and Arian Foster and have a career with multiple seasons as a fantasy RB1. However, That chance is less than 0.5% (two out of 422)! If this were Vegas, you would have +20,000 odds. These are worse odds than betting the Houston Texans to win Super Bowl LVI next year! Houston is the biggest underdog according to all four major sportsbooks on BettingData

So what does this mean for Robinson and fantasy football? In redraft leagues, Robinson is going as the eleventh rusher off the board, at the end of the second round, according to fantasy football calculator. The cost of drafting him here will greatly exceed the likely reward, a season finish in the RB20-RB30 range. Even if Robinson shakes one historical jinx, his upside is still capped as he would need to ascend to the likes of Holmes and Foster to live up to his RB1 price tag. The limit on his ceiling is further hindered by the fact that the Jaguars General Manager, Trent Baalke, was quoted saying “We’re certainly looking to add to that (running backs) room as well.” On the very first day of legal tampering, the Jags signed Carlos Hyde to a two-year, $4.5 million contract. Hyde is not a dominant back but can be an effective rusher and pass-catcher when called upon. It is unlikely for Hyde to usurp Robinson but it is likely that Hyde cuts into the massive workload that Robinson saw in 2020. Is Hyde the addition to the RB room that Baalke was discussing or is more coming?

In dynasty leagues, Robinson is not a buy candidate for all of the reasons previously stated. There is such a slight chance of him repeating or improving that you are paying for his 2020 season that has already passed versus paying for his future. If you have Robinson on your roster, chances are he was acquired very late in rookie drafts or claimed off the waiver wire so he has already greatly surpassed the cost of investing in him. Holding him is the safest course of action, yet his value could be hurt especially with free agency continuing and the NFL Draft right around the corner. Trading him away to acquire another young back and a rookie pick would the desired return.

It is important to reiterate that this is not about how I feel about Robinson as a player, it is about the likelihood of him seeing future success based on a plethora of data. It is also important to remember that just because there is only a .5% chance that Robinson has another great season, doesn’t make it impossible. It is, however, highly improbable.

When Seth was staying home to care for his newborn twin boys, he decided to take his passion for football and fifteen years of fantasy football experience to the next level. This was the birth of “the at-home dad”. For the past three years, Seth has been writing and podcasting about all aspects of football. He writes the weekly RBBC article as well as being a co-host of the Fantasy FAQs podcast.