How To Win Your Fantasy Football League

Fantasy football is a sport of knowledge, chance, a bit of luck and of course passion. Before September and August roll around, while you’re sitting on your custom NFL furniture watching ESPN and NFL Live waiting for the season to begin, you may ask yourself, ‘How am I going to win my league this season?’

When it comes to August and September, things start heating up regarding draft prep and fantasy football talk in general. But for those of us who are obsessed with the sport and eat, sleep and breath it, fantasy football becomes a year round hobby where any bit of news can be broken down and examined until there is nothing left on the bone.

Sure June is early to worry about who you would take in the sixth round, with pick number five, in a 12-team PPR league, but there are those of us who ponder these kinds of questions constantly. Some even obsess over it and have sleepless nights wondering what they will do if they have the number one overall pick or number two overall pick, whether it be a redraft league or especially a dynasty league.

I’m going to tell you now that by the time the actual NFL season kicks off, many expert opinions and analysis will change drastically as mini-camps and pre-season play starts to come into effect. So why worry about who will be the lead back for the Patriots now, or who the Browns will start at quarterback week one? Because every bit of information you get now and retain for the future will only help you when you go to draft with your friends who call you crazy for putting in so much pre-season work.

These reasons have led me to compile a list of the five ways anyone can give themselves a better chance at winning their fantasy league. If you want to go from last to first, or middle of the pack to the upper tier, there are five things you must do to compete for a fantasy championship.

I will make this brief since I pretty much summed it up above. Studying for a test is the best way to get an A, right? Well, just like prepping for a test, you need to prepare for your fantasy draft. Whether you’re in high school or college, staying up to date with the material, doing your homework and trying to retain as much information as you can is the only way to avoid a late night cram session and a whole day or week of panic. So simply study.

Get on the internet, find credible sources and investigate the questions you have about the NFL. Figuring out things such as who coaches and general managers are higher on can make a world of difference when it comes to choosing between two players fighting for one position. Checking in on teams to see who they dropped and lost in free agency can give you a general idea of whether or not that rookie wide receiver will see 20 targets or 120 targets in the upcoming season.

The Fantasy football market has been saturated with so many sites and magazines that it’s almost impossible not to be able to find some valuable information. You just have to make sure you are receiving it from a credible source such as Gridiron Experts.

The importance of mock drafts cannot be stressed enough! Whether you use FantasyPros Draft Wizard which allows you to draft in minutes, or go through a draft with randoms from across the world on Yahoo, ESPN, NFL or one of the other hundreds of sites out there, knowing where and when to select players is pivotal to your fantasy season.

There will always be variables that change the dynamics of your league such as where the site has players ranked, who you draft with, people’s knowledge of the game and how much people love players to name a few. One thing mock drafting can ensure is your feel for where and when to select the players you want on your roster, and how different positions will change your draft strategy.

For instance, if you have the number one overall pick, you will more than likely select Arizona Cardinals running back David Johnson. If you have the last pick in a snake draft you can grab two near-elite players, but have to know when your turn comes back around what is going to be left in the field at every position. If you select two running backs, odds are you will want to go receiver with your next two picks, but you won’t know what you like best if you don’t mock draft.

If you are in an auction league, you need to prepare for how much players are going to go for. You don’t want to spend all of your money on two guys and have the rest of your roster left to fate. When it comes to dynasty leagues, research is your best friend. Knowing whether you want to draft the unproven rookie or the veteran who may play five more years will largely revolve around developing a strategy and having a plan. Having a plan going into a draft is never a bad thing, but always have an option B, C, D and maybe even E. Odds are you won’t draft the exact team you wanted, so mock drafting prepares you for anything thrown your way. 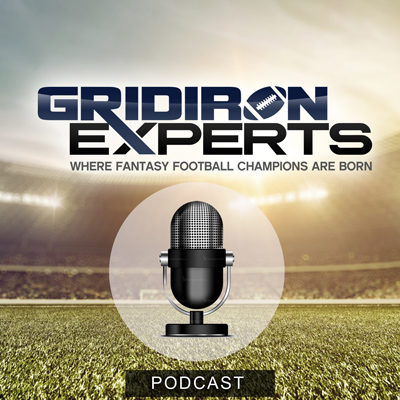 With so many podcasts to choose from, it’s hard not to listen to at least a couple. Among my favorite fantasy football podcast are the Old School Fantasy Podcast and the Empire Fantasy Podcast. Find a few you like and listen to and absorb as much knowledge as you can. Everyone has different views and opinions of players. Even if their thought process doesn’t match up with yours, at least you have other ideas to take into consideration.

Sometimes it’s best to put your pride aside and realize there are people out there that may know more than you when it comes to fantasy football. No one knows everything and those who claim they do are fools. Fantasy is a game that is largely based on speculation and opinion. Not even Miss Cleo could lead you to a fantasy title. Injuries, bust, mistakes, fumbleitis and many other factors can derail any fantasy season or any expectations for a player. After all, as much as we glorify the people we love to write about and watch play on the biggest stage, they put their pants on one leg at a time the same as you and me.

Watch talk and listen could all fall into the same category, but watching is much more than the other two. You need all three to be successful when prepping for the season, but watching could be the true key. Anyone can watch and breakdown film. How do you think all of the big name sites get their information? People just like you and I study tape and break down nearly every analytic possible to unearth fantasy potential in every single player.

On top of watching film from games, you can watch guys’ highlight tapes, watch ESPN, watch NFL Live, watch anything you can football related to get a leg up. NFL live has all of the inside scoops when it comes to the NFL, but there are many other TV and internet programs that provide amazing coverage and some that even break down the specific things you want to look for at a particular position.

Let’s say you want to know how a rookie running back or wide receiver is going to transition to the NFL. Watch his college film. Next, go watch the teams’ film that drafted him. Study his quarterback, how he plays and how he spreads the ball around the field. Compare the way he plays to other players in the past and look at their production. Look at his offensive line and study players that may have been added during the off-season. Study the cornerbacks he will see in the later weeks when your fantasy season matters most. Just like a good coach wins a Super Bowl by breaking down film, you can win a fantasy football title by doing the same.

Lastly join as many fantasy leagues as you feel comfortable with. One of the great things about the development of the game is the many different formats to try. One of the best avenues to draft and not have to worry about constantly changing your lineup week to week is MFL’s website. With MyFantasyLeague commonly you will see MFL10 or MFL25 when someone who uses MFL refers to the site and format. How does it work? You simply draft a team and your roster is scored based on a best ball system.

If you are familiar with golf, you know what best ball is. You are placed on a team with your other golf buddies and you each hit a shot. Whoever has the best shot is the one your team will hit from next. Same with MFL leagues. You draft your team and instead of picking which three receivers or which two backs you will start, you simply let your team play and whoever produces the most points is automatically plugged into your lineup for the week.

No more head slaps are required when you choose MFL unless you pass up on a guy you wanted in the draft. Outside of MFL leagues, you can go with point per reception leagues, half point PPR leagues, standard leagues, or you can even be in a league with its own personal settings. One way or the other, expand your horizons and join as many leagues as you can. Once you gain familiarity with the different types of scoring and the way the point systems work for each site, you can decide which one you want to stick with. Or you can continue to keep your options open and continue to draft with multiple sites.

Being in different leagues with different people who have different ways of thinking is the only way you will ever better yourself long term. Playing with the same group of friends every season can be the greatest time of your life, but if you want to broaden your horizons and join another league or two, you may quickly find you aren’t as good at fantasy football as you thought you were. If that is the case, follow the five steps to achieve fantasy success: Study, Draft, Talk/Listen, Watch and lastly join. Regardless of the outcome, always remember to have fun. That’s what makes the game and the community what it is today.