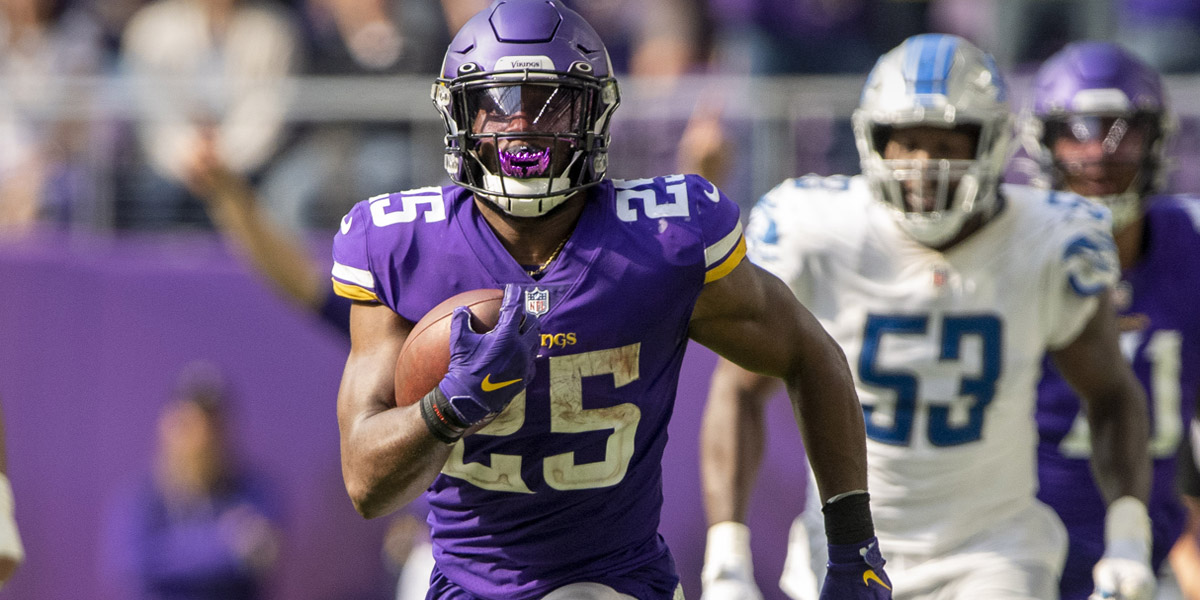 There is some debate on whether it’s an optimal strategy to draft running back handcuffs. Some well-known fantasy analysts argue it’s not an optimal approach to use a draft pick on a player who most likely will never see any meaningful playing time. They also argue we don’t always know who is the true handcuff to a starting running back, so you could be wasting a pick. These are fair arguments, but I see it differently. Before we get into that, however, let’s define what I mean by handcuff.

A handcuff is a player who will step into the starting role in the event of an injury. Some have standalone value, even as the backup. Players like Tony Pollard, Kareem Hunt, and A.J. Dillon fall into that category. But, those players are drafted inside the first 8 rounds, so I view them more as RB3/FLEX options than handcuffs. To me, a true handcuff is drafted in the double-digit rounds. We should be drafting Pollard, Hunt, and Dillon because they add value to our team just as they are. Sure, their value would increase significantly with an injury to the starter, but they’re worthy of a roster spot, regardless.

Handcuffs in fantasy football are all about upside. The argument about wasting a pick by drafting a handcuff in round 12 is weak, in my opinion. I’m willing to take that risk and let someone else draft low-ceiling players like Jakobi Meyers and Michael Gallup. In the later rounds of a draft, your main focus should be on choosing players who are potentially league-winners. It’s important to plan ahead before your draft and identify the handcuffs that offer the most upside for your team. You also want to balance that with value. That’s where the planning comes in.

Below is a table I use to identify my top handcuff targets and the round in which I’m comfortable drafting him. I’m only including players with an ADP of round 10 or higher. I’ve listed them in order of preference. For example, my first choice would be to draft Alexander Mattison in the 12th round. I’m completely fine with drafting two of the players listed. I don’t put too much consideration into who I’ve taken in the early rounds when I look to draft a handcuff. Just because I might’ve drafted Jonathan Taylor doesn’t mean I’m targeting Nyheim Hines. I’m happy to take the best handcuff available to me.

There are many more players who qualify as decent handcuffs, but the ones I listed have proven they can step in and be a productive fantasy asset and quite possibly a league-winner. If you’re looking for some dart throws in the last round of your draft, consider D’Onta Foreman (CAR), Rachaad White (TB), and Mark Ingram (NO). I like drafting those players with my last pick because there’s a slight chance you’ll need them if the starter gets injured in week 1. It’s better to have them already on your team than to blow your FAAB budget right out of the gate. In fact, one of my strategies throughout the year is to stash the backup RB from one of the teams that play Sunday night, Monday night or Thursday night games. You can drop them the next morning and no harm is done. But, if the starter gets injured and your player is thrust into a starting role, you just scored the biggest waiver wire pickup of the week for free. This does mean you have to manage your bench depth and allow yourself the room to pick up and drop players easily. With six or more bench spots, that shouldn’t be too difficult.

In conclusion, I’m drafting a handcuff in all of my drafts.  Sometimes two, if I have the space. The average NFL running back misses about two games a year, on average. Every game counts in a fantasy football season, so it’s good to have a backup plan ready in place.