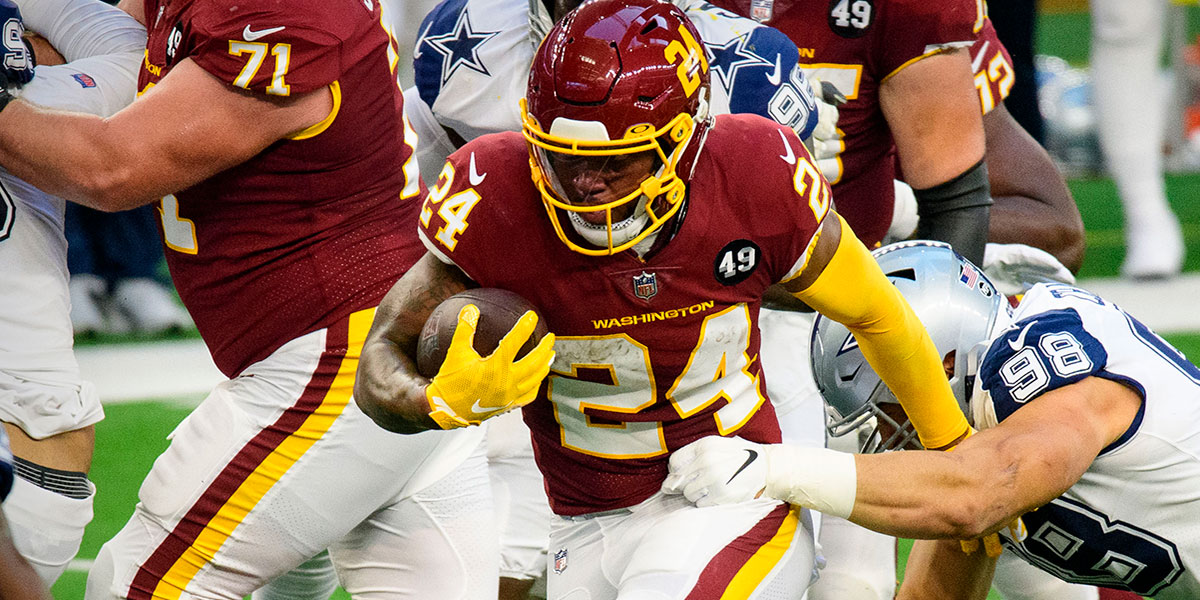 It’s hard to believe we’re already three months into the 2021 NFL season, and it’s even harder to believe there are just six weeks to go before the playoffs. Speaking of the playoffs, the race for the postseason in both the AFC and NFC is absolutely wild. I can’t remember a year where so many teams were in legitimate contention for a Wild Card spot – thank you Roger Goodell for the seventh playoff team.

In the NFC, just six teams have a winning record, but 12 teams have at least five wins. Just a half-game separates the seventh-seeded Washington Football Team and 12th place Carolina Panthers. Up top, the Cardinals, Packers, and Buccaneers all have home-field aspirations. Arizona leads the pack right now somehow, despite being without their two best players for the past few weeks. But never count out Aaron Rodgers and Tom Brady; the race for the top spot is shaping up to be a great one.

Over in the AFC, things are even crazier than in the NFC, if you can believe it. Eleven teams have six or more wins, and 14 teams have five or more. There’s a three-way tie for the final wild card spot, and three more teams with eight wins are battling for home-field advantage. Say what you want about Goodell, but he sure knows how to create excitement and intrigue in the NFL.

This time of year, the good teams start pushing the pedal to the metal while the bad teams start folding the tent and packing it in for next year. It’s an important factor to watch out for when betting on games, so let’s take a look at who I like in Week 13, and make sure to check out all my picks right here.

The Eagles scored seven points last week, and now I’m taking them to win by seven points. Crazy, right? Wrong, I think we’re buying low on Philly and if you can believe it – selling high on the Jets.

Let’s start with the Eagles. They have a ton to play for, and they have the easiest schedule in the NFL to finish out the year. They may be under .500, but they’re legitimately capable of securing a Wild Card spot. The motivation is absolutely on their side, because the Jets have nothing to play for except their pride. Philadelphia also expects Jalen Hurts and Miles Sanders to play, which is great news, but the crux of this bet really lies in how strong of a bounce back spot this is for the Eagles.

Last week’s loss to the Giants was a fluke. They turned the ball over four times, they saw four red zone trips end with zero points, and Jalen Reagor dropped two perfectly catchable passes late, either of which could have put the Eagles in prime position to win the game. Their defense played well, holding the Giants to 13 points, it was just the offense that couldn’t get going. What better way to get your offense back on track than to play the awful Jets defense? Gang Green’s defense is dead-last in DVOA, second-to-last in yards allowed, and is the only team to allow over 30 points per game. That ought to fix an offense that was actually rolling before last week. The Eagles had scored at least 24 points in each of the last four weeks, 30-plus in three of four, and 40-plus twice.

Lastly, the Eagles may be the road team, but they’re in a familiar environment – Metlife Stadium. They play there every year against the Giants, they just played there last week against the Giants, and it’s 90 minutes from Philadelphia. Eagles fans travel well, and I’d expect the crowd to be at least 50% Philly.

As for the Jets, to keep it simple – casual bettors will look at them and realize they won last week against the terrible Texans, and since the Eagles lost and looked terrible in the process, will think taking the Jets and the points is the right side. It’s not; Birds by double-digits in this one.

First-half unders haven’t been overly kind to us this year – we’re just 1-2 with both losses coming as a result of pass interference penalties with under two minutes to go in the endzone. Bad luck, so let’s turn that luck around here.

Starting with Miami, they’re hot right now, but it’s because of their defense, not the offense. Their offense is content running the ball, and dinking and dunking their way down the field. The Dolphins are 30th in yards per play (4.8), and with the Giants sporting the seventh-ranked pass defense per DVOA, but the 31st ranked run defense, look for Miami to lean on the running game to bleed the clock. Plus, Miami’s pass-blocking efficiency is last in the league, so if they can avoid that by running the ball against a weaker run defense, they certainly will.

I mentioned Miami’s defense is fueling this four-game win streak. They’ve allowed just 46 points (11.5 per game) over the last month, and now they’ll face a Giants offense that simply can’t do anything, and is adjusting to a new offense on the fly after firing Jason Garrett. New York is 24th in yards per play, 24th in yards per game, 26th in scoring, and 28th in DVOA. And on top of it all, they’ll either be without Daniel Jones and will have Mike Glennon under center, or will have a less than 100% Daniel Jones who will be one-dimensional without the ability to run the ball. Either way, Miami’s defense is going to tee off – they love exotic blitzes and it’s going to be too much to handle for New York, especially early.

This should be a low-scoring game no matter who starts for the Giants, but the first half should be especially bleak. I wouldn’t play this any lower than the current number, because it’s a key one.

Last week, our teaser cashed with flying colors, so let’s make it two in a row. Washington is red hot, winners of three in a row over Tampa Bay, Carolina, and Seattle. Those three wins perhaps uncoincidentally came after their bye when they had a chance to reset their defense, and that side of the ball has come to play. They’re allowing just 18.3 points per game, which is going to come in handy against a Raiders team whose mojo is to try and outscore you. The Raiders have no defense, they’re 30th in the league in points allowed, so despite Washington’s offense not being great, they’ll still find a way to score. Getting a touchdown-plus should be more than enough for a Washington team that’s highly motivated to hang onto their seventh seed.

Arizona is currently the best team in the NFL, and they’re coming off their bye where they had a chance to get healthy. The Cardinals expect both Kyler Murray and DeAndre Hopkins to return to the lineup, which obviously gives this team a massive boost. They’re only 7.5-point favorites because of the questionable tags on these two players – but I expect both to play – and because they’re a warm-weather team traveling to the blistering cold of Chicago. It won’t matter – the Bears are terrible and can’t score. It doesn’t matter if this game is in the desert, in the frozen tundra, or on the moon – Chicago won’t be able to go score-for-score with the Cards.