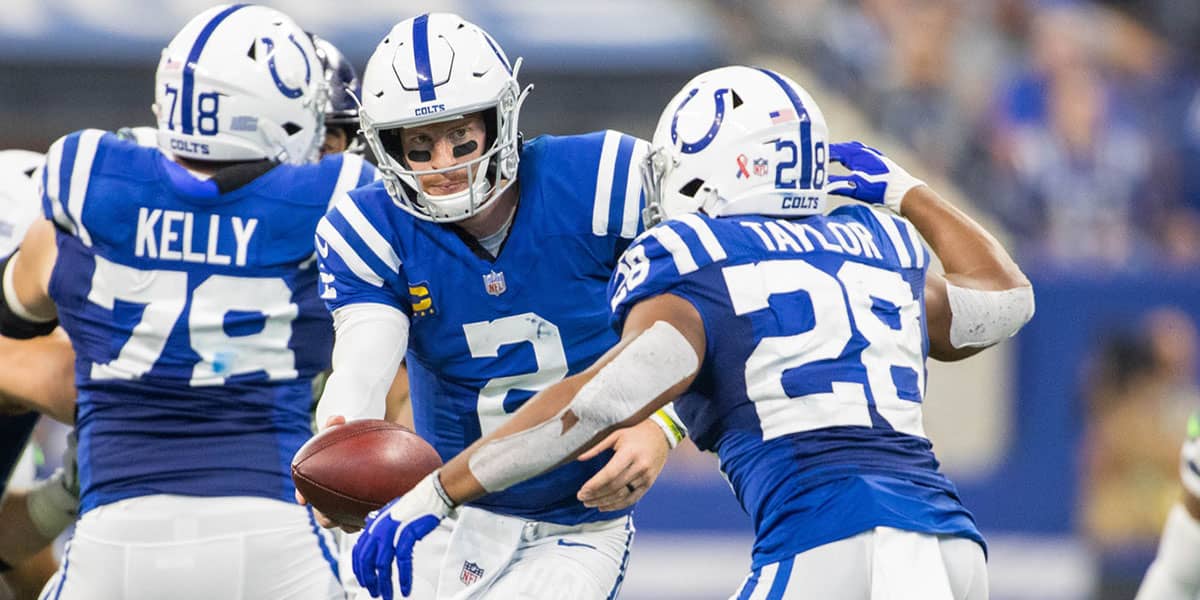 Week 1 of the NFL season returned with a bang; what an incredibly exciting opening slate of games filled with upsets, big plays, and some more upsets for good measure. Underdogs went 12-4 (75.0%) against the spread last week, the best mark for underdogs in any opening week of the Super Bowl era. What’s more – nine of the 12 underdogs that covered went on to win the game outright. Will we see more upsets this week?

As for our best bets in Week 1, we finished 2-1 and our survivor pick came out victorious as well. The weekly teaser covered easily as both the 49ers and Rams won, although San Francisco made us sweat a little bit at the end there. The Giants and Broncos couldn’t stop turning the ball over in key moments, and despite a garbage-time touchdown from Daniel Jones, our under stayed safe and cashed. The only misstep was Washington, and I still can’t understand how they managed to give that game away to the Chargers, but a big part of it was Antonio Gibson’s fumble on his own four-yard line.

We move on to Week 2 with a winning record, and I’ve got a favorite, an underdog, and the usual teaser and survivor pick of the week. Make sure to follow me on Twitter: @mjwags23, and check out all my Week 2 NFL picks HERE.

I’m probably not making any allies with this bet, but sometimes you have to bet on ugly games to turn a profit. Indianapolis didn’t look great in Week 1, but remember how many reps Carson Wentz took with this offense in the preseason: zero. His first snap as a Colt came in Week 1, so let’s not overreact to one game and write Indianapolis off just yet. He’ll be better with more reps under his belt.

The Colts also are predicated on running the football. Their offensive line graded out fifth-best in Week 1 despite clearly not playing up to their potential, so look for improvements this week. I expect Indianapolis to be aware of the mismatches on the outside as well – Los Angeles’ corners are better than the Colts’ receivers – so a heavy dose of Jonathan Taylor and a sprinkle of Nyhiem Hines is most likely in the cards. This philosophy creates a mismatch for a Rams defense that’s still good, but one that showed clear regression last week – especially against the run.

In 2020, Los Angeles had the third-best defense overall and against the rush per DVOA. It’s just one game, but their defense slipped to 11th in overall defense and 31st against the run. One week or not, that’s a 28-position free-fall after they let David Montgomery gash them for over 100 yards. The Rams didn’t allow a 100-yard rusher all of last year, and they’re poised to allow two in the first two weeks of 2020.

Jonathan Taylor had 24 combined carries and targets even with terrible game script last week. Great day to be great

This is also a difficult spot for the Rams. They’re coming off their home opener on Sunday Night Football, and next week they’ll take on the Tampa Bay Buccaneers in a game that quite realistically could determine home field advantage in the playoffs. These ‘trap’ or ‘sandwich’ games have surprisingly been an Achilles heel of Sean McVay’s. In 2019, the Rams fell 55-40 to a Buccaneers team that finished below .500 the week before traveling to Seattle. They also fell 44-21 against a .500 Cowboys team the week in between playing Seattle and San Francisco in prime time. And who can forget losing to the winless Jets in between playing the Patriots and Seahawks just last year?

At the time of writing, BetMGM was the only book to have this line posted at below -120, and some books had even moved the Colts down to +3.5. I still like it at +3.5, but perhaps not for a full unit.

This line is currently available at BetMGM and FanDuel. Many other books have already moved this to -6 and DraftKings’ number is -6.5. I wouldn’t play it at either of those numbers, -5.5 is the lowest I would go.

This may be another unpopular play as I fade both of Week 1’s prime time winners, but Las Vegas will be playing 2020’s best defense – and one that made a heck of a first impression shutting down Buffalo last week – on a short week, on the road, all the way in the eastern time zone. That’s a lot to overcome against a team like Pittsburgh.

Baltimore’s offense looked really broken last week, but they still managed to put up 27 points despite two fumbles against a Raiders defense that had a raucous crowd at its back. I know there’s a ton of holes and doubt around the Steelers offense which barely broke 250 yards last week, but their receivers are too good for this secondary. Don’t forget, this is a defense that allowed 29.9 points per game last year – third-worst in the NFL. Even the worst offenses found ways to score.

The crux of this bet is the severe mismatch between the Vegas offense and the Pittsburgh defense. The Steelers absolutely bring the heat, led by T.J. Watt, and the Raiders had an extremely difficult time handling an injured Ravens defense last week. Las Vegas’ offensive line graded out 28th in Week 1 and lost Denzelle Good for the year, while the Steelers’ defensive line graded out third-best. Derek Carr is going to be running for his life once again; he ranked 21st of all quarterbacks in protection rate, as only 76.3% of his dropbacks produced a clean pocket. This caused his accuracy and true completion percentage to be sixth-worst, and it won’t get any easier this week.

Las Vegas wants to throw the ball, as evident by Carr’s 56 pass attempts last week, but there’s few teams more difficult to do that against than the Steelers. Pittsburgh was number-five in DVOA defense against the pass last year and was number-six in Week 1 despite playing one of the best passing offenses in football.

There’s just too much working against the Raiders here: the travel, the short week, the tough opponent. This reminds me of last year when they played Kansas City on Sunday Night Football in Las Vegas and the following week got wrecked 43-6 in Atlanta by a really bad Falcons team.

I tweeted earlier in the week that there was just one team available for a teaser: Cincinnati. I feel like this may have confused some people, so let me clarify. The correct way to bet a six-point teaser is to make sure you cross through both three and seven, whether you’re teasing a favorite down or an underdog up. So basically, these are the only numbers you should be teasing:

Notice how all these lines cross through three and seven. Because there’s only one team on the board who satisfies my guidelines, we’ve got to get creative this week by adding Denver.

Denver surprised a lot of people last week, and Teddy Bridgewater looked pretty good himself. The Broncos completely controlled the clock against the Giants with a nice mix of run and short-to-intermediate passes, and the Giants defense isn’t all that bad; they finished ninth in the league just a year ago. The Jaguars defense is that bad. They just gave up 37 points to Tyrod Taylor and the Texans. Denver’s defense also gets after the passer, and Jacksonville’s offensive line is going to be overmatched. I wouldn’t be surprised if the underdog covers this one, but I expect Denver to win the game on the road.

Back to the Bengals: I liked them at +3, but the number has since dropped to +2.5 which I want no part of. This handicap is a pretty simple one – I don’t think this Bears team with Andy Dalton taking the majority of snaps is capable of beating anyone by more than a touchdown. Cincinnati may not have much of an offensive line, but it’s serviceable and they’ve got weapons galore. We all saw Cooper Kupp and Van Jefferson so wide open behind the Bears defense last week on multiple occasions, so I can’t imagine them keeping a lid on the three-headed monster the Bengals have.

The Texans had a really nice opening week against the Jaguars, but the Browns are a completely different animal. The Browns hung with the Chiefs and took a 12-point lead into the half at Arrowhead last week, and this game is in Cleveland. Browns fans have been itching to get back in the stands for a year and a half – it’s going to be loud. There’s no way Houston’s defense, which finished 29th against the run and 30th overall in DVOA last year and got worse this offseason, is going to slow down the third-best rushing attack from a season ago. Browns, and live to fight another week.