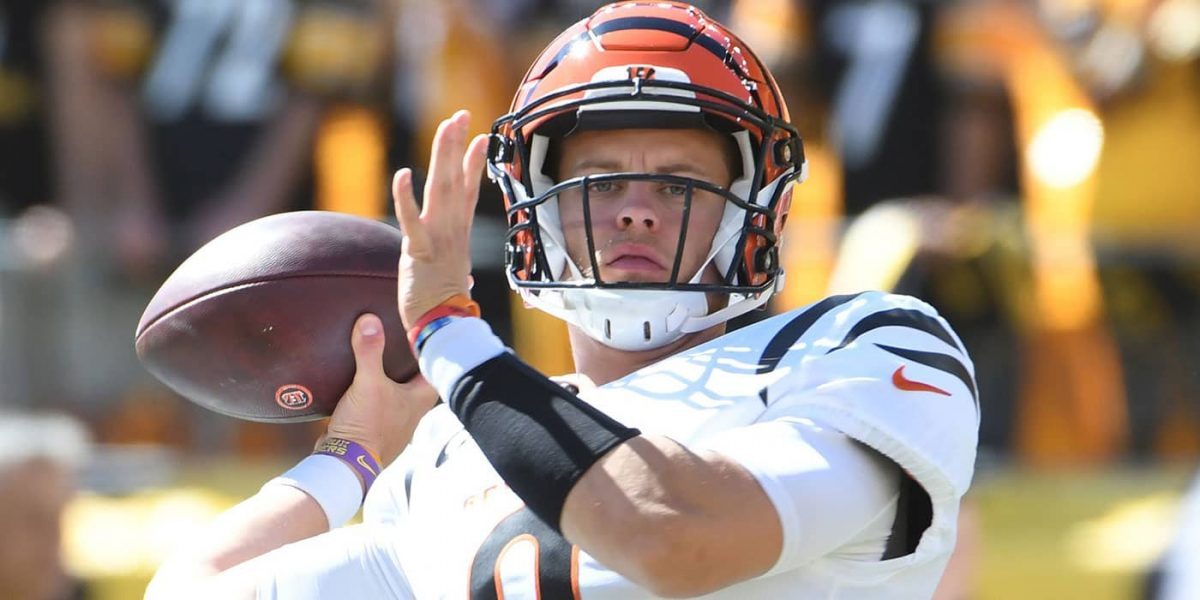 After 54 consecutive seasons without a team hosting a Super Bowl in their home stadium, we’ve now seen two straight years of just the opposite. The Buccaneers hosted and won Super Bowl LV at Raymond James Stadium in Tampa, and now the Rams – who will actually be the road team – will battle the Cincinnati Bengals in Super Bowl LVI at SoFi Stadium in Los Angeles.

How did we end up here? This is the first Super Bowl where neither team is a top-three seed in their conference, so it’s been a long and bumpy road for both franchises. The Rams destroyed the Cardinals in the opening round, nearly blew a huge lead to the defending-champion Buccaneers in the second round but rallied to win, and returned to LA to knock off the 49ers in the NFC Title Game. After a no-show effort in Super Bowl LIII against the Patriots, Sean McVay and the Rams are back in the NFL’s championship game.

And the Bengals; more specifically, Joe Burrow. He and Ja’Marr Chase have never lost a playoff game together in the NFL or in college, the Bengals as a franchise are now 3-0 in the AFC Championship game, and Burrow is looking to bring Cincinnati its first Super Bowl title ever in the team’s first appearance since 1989. The Bengals squeaked by the Raiders, knocked off the top-seeded Titans on the road, and stunned the Chiefs at Arrowhead to reach Super Bowl LVI, making Burrow the first quarterback ever to reach the Super Bowl in his sophomore season after being the number-one overall pick.

This should be a fun weekend for friends & family and those making NFL Picks. I really can’t how fast this NFL season has flown by, I’m going to need a new hobby on Sundays for the next six months. It’s been a fun ride this year, and thanks to everyone who followed along. Let’s cash one more winner before the offseason – here’s my final bet of the NFL season, and my pick to win Super Bowl LVI.

It’s the Super Bowl, so we can throw a lot of stats out the window. But not all of them. DVOA is one that still holds importance because these teams have both had two weeks to prepare and theoretically, this game is at a neutral site. I know it’s at SoFi Stadium, home of the Rams, but it won’t be dressed like a Rams home game, we’ll still get the usual Super Bowl crowd mix of fans of both teams, fans who just want to enjoy the game, and of course – fans who can actually afford these absurd prices.

Because of these factors, DVOA is the first stat I dive into, and the Rams dominate the DVOA metrics in all three phases of the game. They’re 5th among all 32 NFL teams in total DVOA, thanks to their eighth-ranked offense and fifth-ranked defense. Cincinnati is all the way down in 17th-place. For context, if playoff tickets were punched solely based on DVOA ranks, the Bengals wouldn’t have even made the dance. Luckily for Cincinnati, the games aren’t played on paper, but they’re still 18th-ranked in terms of offense – much thanks to their below-average offensive line which we’ll touch on in a bit – and 19th in defense.

What usually becomes the Achilles heel of the better team – in this case, the Rams – when they play a team that’s not as complete, like the Bengals, is the special teams game. Often, you’ll find the underdog is far superior on special teams, which allows them to keep the game within striking distance, and sometimes pull the upset. That’s not the case here. Los Angeles is fourth in special teams DVOA, and Cincinnati is eighth. To put into context just how rare and important it is to be this good on special teams when you’re this big of a juggernaut on offense and defense – the Rams are one of just two teams in the top six of overall DVOA to be ranked inside the top 18 on special teams.

The biggest factor in this game to me comes down to the offensive line of the Bengals against the defensive front of the Rams. I don’t have to re-hash all the stats we’ve been hearing about for weeks, but the Bengals offensive line is not good. Joe Burrow was the most sacked quarterback in the NFL this year, and he took nine sacks in the divisional round against the Titans. However, Tennessee was all out of sorts welcoming Derrick Henry back in the lineup for the first time in over two months, and they weren’t able to take advantage of what their defense provided them. The Rams won’t leave points on the table. If they get to Burrow even half as many times as Tennessee did, they could win this game by two touchdowns. Aaron Donald, Von Miller, and Leonard Floyd are just too much to handle for most offensive lines, let alone below-average units.

Gonna be critical Burrow avoids negative plays in this matchup.

I think the Bengals defense is good and coming together as a unit, but I believe their second-half performance against the Chiefs is inflating their value a bit. Was it a performance to be remembered, and one that for all intents and purposes punched their ticket to the Super Bowl? Absolutely, but let’s not give them too much credit for mistakes that the Chiefs made completely on their own. The pass to Tyreek Hill before the half, for example – stupid play call, stupid decision from Patrick Mahomes.

Let’s also keep in mind that through 10 quarters of playoff football, the Bengals offense was uninspiring at best. They put up just 26 points on the 21st-ranked Raiders defense at home, and then allowed nine sacks and scored just 19 points on the 20th-ranked Titans defense. And in the first half against the 24th-ranked Chiefs defense, the Bengals managed just 10 points. Their offense has looked explosive for essentially a half of football in three games, and that’s just not going to cut it in a do-or-die Super Bowl against the fifth-ranked defense.

And finally, Jalen Ramsey is huge for me. He’s a top-three cornerback in this NFL, and might be the best. Ja’Marr Chase is incredible and he’ll still win some battles with Ramsey, but I like Ramsey to neutralize Chase a bit and really make this offense of the Bengals a lot less dynamic.