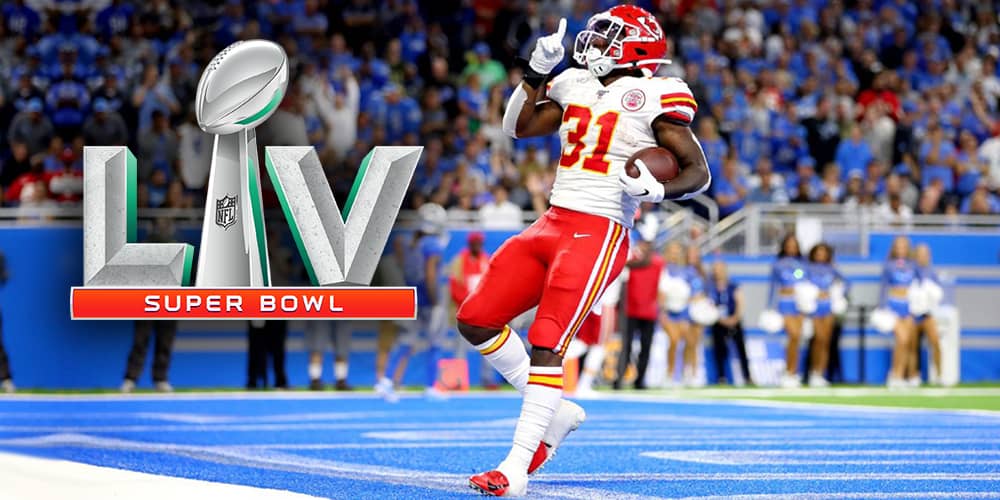 It’s hard to believe we’re just days away from Super Bowl LV. There were some hiccups along the way – like the Broncos having to start Kendall Hinton at quarterback and the Browns losing all their wide receivers the night before an important game with playoff implications – but the NFL did as good of a job as we could have possibly hoped for during this COVID-riddled season.

There’s just one game left, and how could we possibly ask for a better Super Bowl matchup? The greatest quarterback of all-time against the most talented quarterback we’ve ever seen: Buccaneers vs. Chiefs. This is a tough one to handicap, but luckily I’ve picked out a few props we can capitalize on. And of course, I’ll give my picks on the game and the total.

Let’s close out the season strong.

Super Bowls notoriously start a bit slow, even with two experienced quarterbacks. The first half has been the lower-scoring half in the last four Super Bowls, and I expect that trend to continue here with two offenses who will look to break out in the second half. In Super Bowls LI-LIV, the second half has averaged 8.8 more points than the first half. What’s more: all four of those Super Bowls included either Tom Brady or Patrick Mahomes.

Plus, there’s no tomorrow. These two teams will take chances and go for it on fourth down instead of kicking field goals – especially in the second half – and both offenses are good enough to convert more often than not. The Buccaneers and Chiefs each converted fourth downs at a 63% clip this season.

I expect a bit of a feeling-out process early on, but a back-and-forth, punch-for-punch affair between two of the game’s best in the second half. 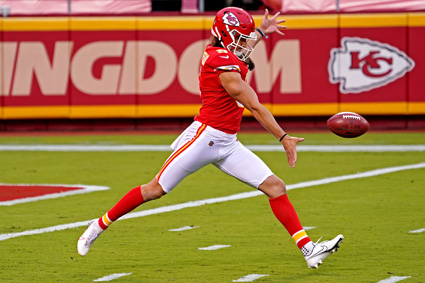 See my last point from the previous handicap. There’s no tomorrow. Chances will be taken. Fourth downs will be gone for, not punted out of. Plus, and perhaps most importantly, the Chiefs offense is really good and doesn’t punt all that often.

Townshend has punted one total time in two postseason games so far, and has punted fewer than four times in 11 of 18 games this season. So, Townsend has hit the under at this number 61.1% of the time, and I’m happy to lay a little extra juice to get the 3.5 number. I wouldn’t play 2.5 at plus-money odds.

A final point on this one: in Super Bowl LIV, the Chiefs punted just twice despite scoring just 10 points through three quarters.

The Chiefs offensive line is banged up, and the Buccaneers front-seven, especially their run defense, is really strong. They’re the best run defense in the NFL, in fact. So, I expect Andy Reid to design creative ways to not only get the ball out of Patrick Mahomes hands quickly and protect him but also to get creative with his offensive packages. Thus, using all three, now-healthy running backs.

None of the Chiefs’ three backs are head-and-shoulders above the others, but when it comes down to crunch time, Clyde Edwards-Helaire is their lead dog. He should see the most snaps among himself, Le’Veon Bell, and Williams. Williams may see more than Bell, but I don’t think he’ll be used enough to approach the 50-yard mark. Especially with the obvious weapons at Mahomes’ disposal in the passing game.

Prior to Edwards-Helaire going down with an injury, Williams ran the ball more than six times just once in 14 games, and saw more than two targets only twice. If Williams gets six carries and two targets – provided he catches both – using his 3.8 yards per carry and 8.6 yards per catch averages on the year, that brings him to 40 yards in Super Bowl LV; 6.5 yards short of the line and a winning ticket for us.

This may be one of the hardest Super Bowls I’ve ever had to bet; both the spread and the total. Have all the Super Bowls I’ve ever bet gone my way, even if I found them easier to handicap than Super Bowl LV? Of course not. But, I’ve had almost two full weeks to research and come to my final decision, and even two days before the game, I’m still more confident in many of my other bets than I am in my wagers on the spread and total.

This isn’t the biggest edge in the world, but across the last nine Super Bowls, the team with the higher-ranked defense is 5-4 (55.6%) against the spread. The Buccaneers have the better defense. The Bucs remind me of the Titans from last year in the sense that they seem to get better with every passing game. They are a team showing promise and they’ve got a huge advantage in the trenches if Eric Fisher doesn’t play for the Chiefs.

Chiefs in last 2 seasons
(including playoffs):

The Buccaneers finished the year fourth in both adjusted sack rate and pressure rate, and they’ll have a much easier time generating both against a banged-up Chiefs’ offensive line. I also feel better trusting that Tampa Bay defense over the Kansas City defense to get a big stop, even up against the explosive Chiefs offense.

As far as the Chiefs’ defense goes, they’ve gotten much better as the season has gone along, and defensive coordinator Steve Spagnuolo has beaten Brady in the Super Bowl before. As the old adage goes: the one sure-fire way to slow down Tom Brady is to get pressure on him and knock him down. However, I just don’t think the Kansas City defensive front has the talent that any of Spagnuolo’s Giants teams had. The Chiefs finished the year just 23rd in adjusted sack rate and 14th in pressure rate. That’s just not going to get it done against Brady and this offense for the second time this year.

Bottom line: I’m still of the belief that defense wins championships, and the Bucs have a better defensive unit than do the Chiefs, so I’ll take Tampa Bay +3.

As for the total: those who like the Chiefs probably like the over, because if the Chiefs win, they’re going to have to go score-for-score with the Buccaneers, just because their defense is the weaker of the two units. But, if you like the Bucs like I do, you probably lean with the under because you’re relying on their defense to get some stops.

In agreement with this philosophy, I like the under. Last year’s Super Bowl matchup was slightly similar to this year’s – the high-powered Chiefs offense and middle-of-the-road defense matched up against a well-rounded opponent on both sides of the ball. That game went under the total of 54, despite a 21-point fourth-quarter explosion from the Chiefs. I think Super Bowl LV profiles similarly, where I trust the Buccaneers to not only get some stops early but to create long drives keeping Mahomes and company on the sidelines: under 56.5.