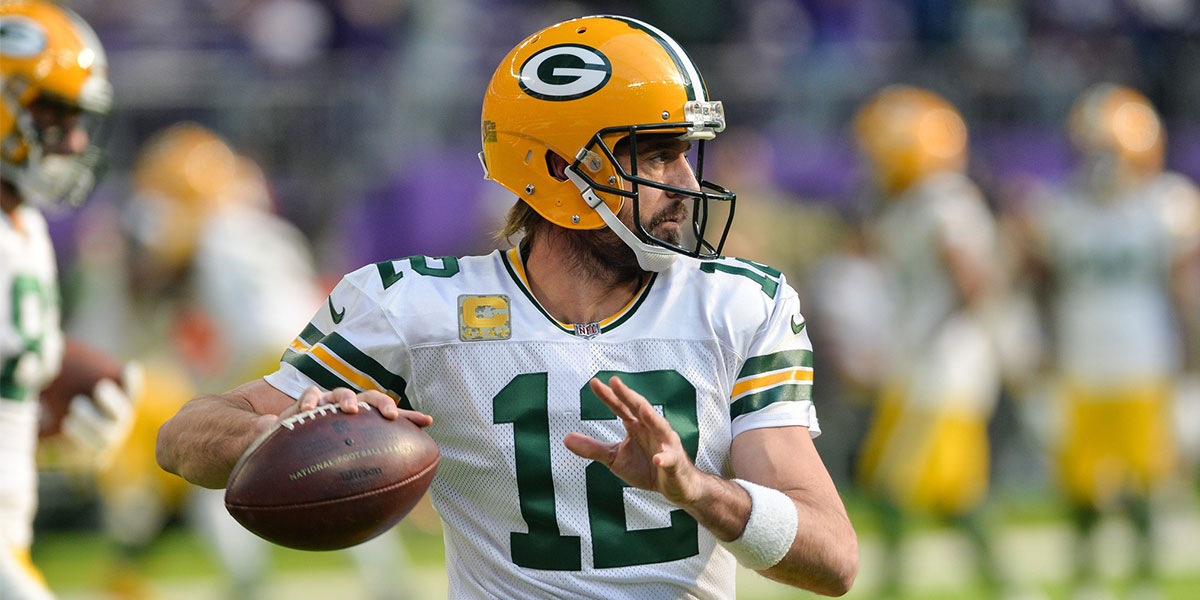 Free NFL Bets for the Divisional Playoff Round

Wow. I loved our card last week, but I never expected to sweep it and go 4-0 in the opening round of the playoffs. No bettor ever expects to go undefeated, and if they tell you they saw a spotless slate coming – they’re lying. What a fantastic way to start off the playoffs with a +4.0 unit day, giving ourselves a really nice floor the rest of the way. Let’s keep it rolling.

As for the action on the field… eh. Did we really need that extra playoff team, Roger Goodell? I get it, revenue over everything. But the Eagles and Steelers didn’t look like they belonged at all. Remember last week when I said the playoff field was the 13 best teams and the Steelers? I took some heat for that, but I was right.

The Bengals didn’t look great, but they got it done against the Raiders. The Bills blew the doors off the Patriots and the Buccaneers handed the Eagles a lot more easily than the final score indicated. Perhaps the only good game – and I use that term loosely – of the weekend was the 49ers vs. Cowboys game. San Francisco was the one road team to notch a victory on Wild Card weekend. Kansas City blew out the Steelers after a sluggish start, and the Rams dominated Arizona on Monday night.

Here’s to hoping for some better action in the Divisional Round. Here are my game previews; the same format as last week, and don’t forget to check out our staff picks right here.

Welcome back, King Henry. Rust be damned; if Derrick Henry plays, and it sure seems like he will, it’s bad news for the Bengals. I’ve harped on this all year long with Henry and Jonathan Taylor. You do not want to tackle these guys in the cold. Especially when Henry’s legs are going to be as fresh as they are. The Bengals defensive line took a ton of hits against the Raiders, and that’s the last position you want to be decimated when going against Tennessee.

Did anyone think the Bengals looked particularly good against the Raiders? Because I didn’t. They managed six second-half points, and Las Vegas had more first downs, a better third-down conversion rate, more yards, a better yards per play mark, and fewer penalty yards. The Raiders willed their way into the playoffs, but they clearly ran out of steam last week. And the Bengals still couldn’t slam the door shut as Derek Carr had a chance to tie it in the final moments.

Clearly, I’m not backing the Bengals on the road here, but I’m also not laying -3.5. If you’ve followed this series, I never lay -3.5 and you shouldn’t either. As much as I think the Titans are going to ride Henry and roll over the Bengals, I can’t lay the hook. If it gets down to -3, I’ll probably take Tennessee, but the books are too smart for that and I don’t think it’ll get there.

I backed the 49ers last weekend and even threw in some advice to take them on the moneyline, but this week – I’m selling high on Jimmy G and company in frozen Lambeau. All year I’ve harped on how vital it was for Green Bay to get home field because the entire NFC playoff picture minus Philadelphia featured warm weather teams. Well, here we are, and it’s important for this game and beyond.

The weather is a REAL advantage for the Green Bay Packers at Lambeau#PatMcAfeeShowLIVE pic.twitter.com/dgaYawdo0P

The 49ers have been in playoff mode for two months now; that’s a lot of high-intensity football and eventually, it catches up with players. Sooner or later, there won’t be any gas left in the tank, and I think the meter turns to empty this week in Green Bay. On top of that, six of their last nine games have been on the road, and four of those six games have been outside the pacific time zone. Even worse for San Francisco, they we’re just in the central time zone to play the Cowboys, flew home to California, and now need to head back into the central time zone to face the Packers. It’s too much, especially against a rested Aaron Rodgers.

Rodgers is in all likelihood the MVP this year, and he’s been here before. A million times. A week off isn’t going to affect him or this veteran Packer team. Younger teams like the Bengals don’t want the rest; they want to stay hot. Veteran teams like the Packers want the rest to gear up for a title run. Plus as I mentioned in the open, the weather is going to be frigid. Temperatures are going to drop into single digits and we may even get some snow. Good luck, team from California.

Five and a half is a lot to lay in a playoff game, but who else would you rather back in this spot than Rodgers?

Everything in my gut is telling me the Rams are the right side here. They looked absolutely dynamite against a Cardinals team who they were facing for the third time. That game should have been played much closer than it was given the familiarity. The defense was ferocious, the offense got it done without leaning too heavily on Cooper Kupp, and I didn’t even think Sean McVay called a very strong game.

The Rams also match up incredibly well with the Buccaneers. If you remember earlier in the season, one of my best bets was the Rams over the Bucs at home and it cashed as LA won 34-24. This Tampa Bay team is much different than that Tampa Bay team. This version of Brady’s Bucs is without Chris Godwin, Antonio Brown, and probably Tristan Wirfs. Tampa Bay’s makeshift receiver group behind Mike Evans showed last week that they’re certainly a step down from what Brady has become accustomed to throwing to. And the loss of Wirfs is enormous. The Rams pass rush is going to get after Brady, and Wirfs is the best right tackle in the NFL.

The Rams DLine is DOMINANT 💪 pic.twitter.com/zmRcYYVcM5

On the offensive side of the ball, how do you beat the Buccaneers? It’s not by running the ball of course, it’s by attacking their depleted secondary. Especially the cornerbacks. Enter Cooper Kupp, Odell Beckham Jr., and Van Jefferson. This could be a problem for Tampa.

But on the flip side, are we really going to fade Tom Brady? No! Well, sort of. I’m teasing the Rams in this one. I really think they have a great chance to pull the upset, but the travel across the United States plus the Brady factor is keeping me from taking them at less than a field goal.

I think the under is the right side here, but I’m not great with totals unless I have a really, really strong handicap like last week’s Bengals/Raiders under. It also feels like in a blink, taking a Patrick Mahomes vs. Josh Allen over could come back to bite me. My wager for this game is already published (see above). I’m teasing Buffalo, and like the Rams, I really think the Bills have a great shot to pull the upset.

The Bills have punted 0 times in 3 of their last 4 games.

They are the 1st team since at least 1940 to go 3 games without a punt in a 4-game span, including playoffs.

The rest of the NFL has 2 games without a punt over this span.

Buffalo didn’t punt last week. In fact, they’ve only used their punter in one of their last four games – the first time that’s happened in the NFL since 1940. The Bills are also out for revenge, and they’ve got a script on how to get their revenge. They lost by two touchdowns in last year’s AFC Championship game, but this year, they came back and destroyed Kansas City 38-20 in Week 5. They’re not afraid to play in Arrowhead, and they’re certainly not lacking any confidence after last week’s beat down of the Patriots. They feel like this year, it’s their turn.

However, can we really bet against Patrick Mahomes at home in the playoffs? He’s never lost a home playoff game; in fact, he’s never won a home playoff game by less than 10. And after a sluggish start against the Steelers, that Kansas City offense looked like its old self. Mahomes threw five touchdowns in a span of just over 10 minutes to bury the Steelers with nearly half a game still to play.

Because this line is so sharp, and because I can’t lay less than a field goal against Mahomes, I’m going to tease the Bills up like I mentioned in the Rams handicap.