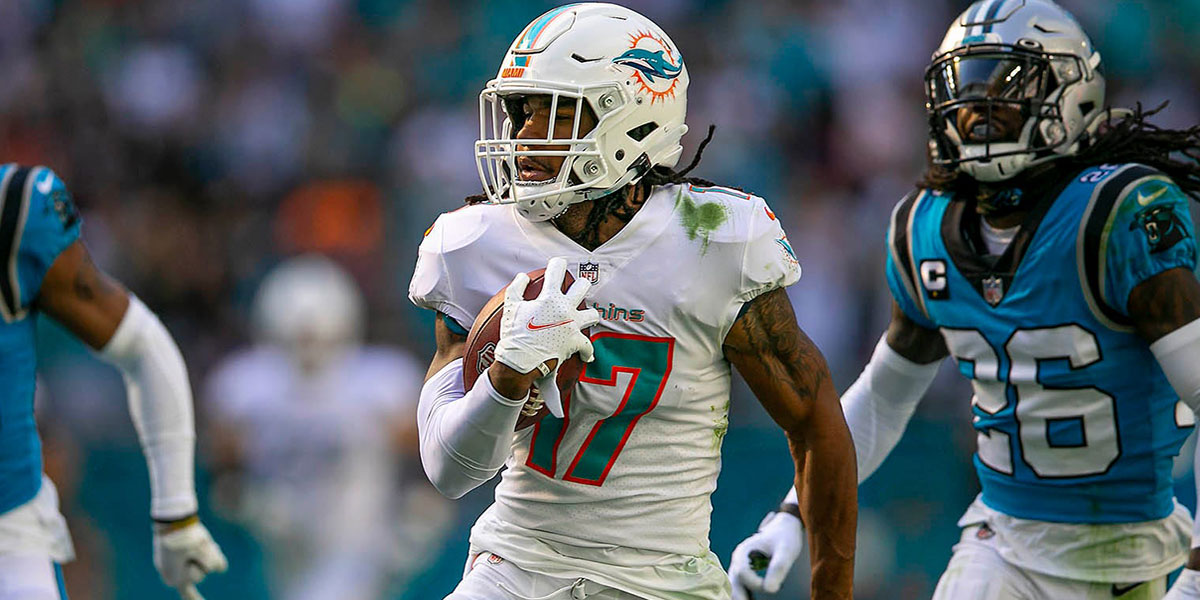 Well, folks, we made it. We’ve reached the end of the NFL season and are just one short week away from playoff football.

The final week of the season, usually Week 17 but this year Week 18, is one of the most difficult weeks to bet for a multitude of reasons. The most obvious is playoff implications. Some teams are already in and have no reason to play their starters. Other teams are probably in so they may play their starters for a half. And certain teams are so far out that half their roster is on IR and a third of the 53 dressed players are making their NFL debut.

This year, there’s an obvious new wrinkle to add to the mix: COVID. On top of all the roster and playing time uncertainty, we have the potential that COVID could spoil our bets at the last minute. Because of that, all three of my Week 18 best bets will be a half-unit only instead of the usual one full unit. Good luck!

And of course, for the final housekeeping blurb of the year: we’re 28-24, +3.5 units on the season. We’ve locked up our second-straight winning season, both in terms of record and profit. Thanks to everyone for following all year, and don’t forget for the final time to follow my picks for all of this week’s games right here.

It’s tough to dive into too many stats and analytics in Week 18 considering the shell rosters that most teams will be dressing. So the handicaps this week will be short and sweet.

This line confuses me. The Dolphins just won seven in a row, went to chilly and rainy Tennessee to take on a Titans team battling for the top seed in the AFC, and took their first loss in over two months… and now they’re touchdown underdogs? Correct me if I’m wrong, but didn’t the Patriots just lose two in a row only to kick the tar out of the awful Jaguars last week? Talk about an overreaction line.

We’re on Miami here. Yes, they’re eliminated, and yes they looked terrible last week – they’re a team from Florida who played way out of their element. But they’ve got a chance to lock up a winning season after starting 1-7, which is motivation no matter how small it may seem. They’re also the home team, they beat New England all the way back in Week 1, and they always play the Pats tough in South Florida. Remember the Miami Miracle? Brian Flores is a Bill Belichick disciple, too. Not only is he not going to let his team quit, but he’s also going to want to give his former boss his best shot and try to spoil the end of the year for a division rival.

With a win Sun., the Dolphins could notch their first back-to-back winning seasons since '02-'03.

Brian Flores could improve to 4-2 against his old boss Bill Belichick.

The playoffs aren't at stake Sunday. But the Fins can get some consolation prizes.https://t.co/jS7ZNE0tzA

As for the Patriots, what are they really playing for? They could technically still win the division, but does anyone think the Bills are actually going to lose to the Jets? They’re laying -16.5, so it’s extremely unlikely. I wouldn’t be surprised if we see some rested Patriots or at the very least, the most vanilla Josh McDaniels offense we’ve seen since the preseason.

Prior to their loss to the Titans, Miami was only allowing 11.7 points per game. If they’re able to play close to that form, +6.5 points is far too many for New England to lay. Play the Dolphins at +6.5 at the lowest, and down to -115.

Here’s another division rivalry game where the line confused me and screamed value on the underdog. What have the Ravens done to earn being -5.5?

Jackson has only practiced once in the past 24 days. He injured his right ankle on Dec. 12.

Tyler Huntley could be in line for his third start in four weeks.

Baltimore has now lost five in a row, and will be without Lamar Jackson yet again (most likely). They’ve eclipsed 22 points just once in their last eight games, and it’s very hard to cover a -5.5 spread when you’re only scoring three touchdowns, maximum. Especially when your defense is as bad as the Ravens defense is. They’re 25th in yards allowed per game and 28th in DVOA.

Baltimore is still playing for a spot in the playoffs, sure, but so are the Steelers. And they’re also playing for their Hall of Fame quarterback. It’ll be Ben Roethlisberger’s last game as a Steeler, and they’re going to do everything in their power to get him the final win he deserves.

We all know how deep this rivalry runs, and this game is going to be played close like almost every Ravens vs. Steelers game is. Play the Steelers down to +5, but try to find +5.5 if you can.

Let’s end our favorite segment with a win and cash another teaser.

Washington – this is a simple one. The Giants are brutal. Absolutely brutal. If you wanted to tell me they’re the worst team in the NFL right now, worse than Jacksonville, I wouldn’t argue. I might even agree. They’re unwatchable on offense, and they’ve scored a touchdown on just one of their last 35 drives. New York has scored over 13 points just once in their last seven games, and they’re playing like a team that wants their coach to be fired. Who can blame them? All Washington has to do to this game is show up, essentially. They’ll be facing Jake Fromm who threw for 24 total yards in his first NFL start two weeks ago, and Ron Rivera isn’t going to let his team coast through a game, no matter how meaningless.

And Cleveland – they actually upgraded at the quarterback position when they announced Case Keenum would start. Baker Mayfield probably just started his last game for the Browns, and Keenum has a lot to play for – his future. He’s probably not ready to call it quits, and he wants to prove to the league he still has a role on a team, even if it’s as a backup. Cincinnati has nothing to play for – they’re division champs. Joe Burrow won’t play, and Joe Mixon has COVID. Don’t expect many Bengals starters to play either; they want to prepare for the playoffs. Cleveland will dress the better team and will have the motivational edge.