We are in the heart of the fantasy football season. After five weeks, we are starting to get a solid idea of whether our teams are contenders or pretenders. Regardless of if your team is 5-0 or 0-5, the savvy fantasy football player should be seeking out a trade(s) that can help their roster improve, compete, or in rebuild (in dynasty/devy formats).

This column seeks to do just as the name suggests: talk trade. I will reflect on trades submitted to me, and dig into how you can best exploit trends occurring in the NFL to improve your rosters in the short and long term. It is not purely a buy/sell article, because the content is primarily crowdsourced from you, the readers. 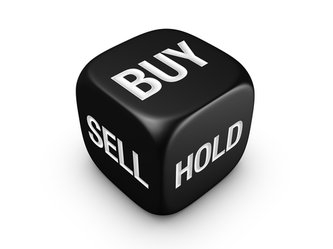 Want to hear my thoughts on your trade? Send it to me on twitter @TheFF_Educator and it could be featured in next week’s article.

Beckham, Jr. found himself toward the top of most draft boards prior to the 2019 season. He, along with the entire Cleveland Browns offense, have disappointed to start the season. Currently WR34, he has found the endzone just once and has surpassed 100 receiving yards just once, against a porous Jets defense. Still, he is the centerpiece of an offense that is loaded with talent. That has left fantasy football owners scrambling to sell or buy into him.

I bought OBJ for Matt Breida after lunch today.

I had multiple submissions for trades involving Beckham Jr. and almost all of them screamed “panic” to me, none more than the individual that sent @FFMike89 this offer. Breida is hot, rushing for 340 yards and a touchdown in just four games (49ers already have had their BYE). Breida has two games with at least 100 total yards, double OBJ-which seems tempting for short term gain. I am advocating to resist the urge to panic, though.

I expected this offense to get off to a slow start. They feature new additions along the offensive line and in the receiving corps., including Beckham Jr. himself. He leads the team with a 23% target share on the season and has led the team in targets in all but one week. He has also been on the field for at least 91% of snaps in every game in 2019. Be patient, and don’t sell him too low; he will still pay off in redraft leagues. In dynasty formats, do not even consider selling him off cheap-this is still one of the best wideouts in the game.

Another star wideout appears to be on the move. Hopkins, much like Beckham Jr., was highly touted by fantasy football players during draft season. Hopkins, though, was likely your first-round pick and his lack of early-season domination has likely left those that drafted him with questionable records. I recommend taking advantage of this rare buy-low window for one of the game’s greatest.

I love getting Davlin Cook in return, but it is shocking that @KhristoFair had to build a significant package just to get someone to buy Hopkins. He has caught at least five passes in every game this season and has only struggled in two games: Jacksonville and Carolina, two of the best secondaries in the league. Your window to buy him ends this week; he faces Kansas City and Oakland in two of his next three games and should return to WR1 status.

It is a great time to be an Aaron Jones truther! He is finally seeing the touches and red zone opportunities that we have been begging for. It is leading fantasy football players to get excited…really excited.

As in they’ll give you Kamara instead of giving you Jones? Smash accept for me

The hype is officially out on control. If you are like @NY_Raider and someone counters your trade offer by swapping out Jones for Kamara you smash accept, sit down, and wait to win your fantasy football championship. Jones broke out in a positive game script with Davante Adams out of the game. Jones’ eight touchdowns so far this season matches his total through 12 games in 2018. He will regress to a mean that should make him a weekly back end RB1/high end RB2 (RB9-15). That is great to have, but the price is clearly too high to buy him right now.

Waller has been a hot name in an otherwise desolate tight end landscape. It can be tempting to try and secure Waller as a piece for your playoff-contending team, but you can’t bank on him to be a consistent asset down the stretch.

Buying Moreau and selling Waller at the same time.

I agree with @DynastyDeepDive, who suggests that the time to sell Waller is now. He has yet to find the end zone, through five weeks. Still, he is TE6 in PPR format, which carries enough shininess to get you a solid RB/WR2 back in return. I would not look into buying Moreau, except in deep dynasty leagues. The rookie out of LSU, though, has seen his snap percentage increase every week this season, bringing him to 62 percent of snaps for Oakland in Week 5. Waller, however, has gone the other way. He started the season with 100 percent of the team’s snaps in Week 1 and was down to 78 percent last week. Both Waller and Moreau caught four of five targets against Chicago in Week 5; neither found the end zone but Moreau had 46 receiving yards, seven more than Waller.

McLaurin is an attractive “add on” to package trades. I do not mind adding him into trades, but I am selling him as a cornerstone piece of any major deal, particularly in redraft.

Made a successful trade for T.Hill gave back K. Johnson and T. McLaurin..

I love this deal for @JRay_Boyce. Kerryon Johnson has been a consistent player so far this season but does not have the star appeal to jump from an RB2 to a top-five wideout (when healthy) like Tyreek Hill alone. Adding in McLaurin gives an element of security to your trade partner. That security, though, is false. Regardless of what McLaurin has flashed so far this season his situation is anything but certain. Washington has fired head coach Jay Gruden, reportedly for not giving rookie quarterback Dwayne Haskins enough playing time. Haskins was considered to be a developmental prospect when drafted out of Ohio State. Now he will be thrown into game action without the benefit of preseason first-team practice reps or the support of a coaching staff who believes in and mentors him through a difficult transition process. Washington will likely focus on the run, leading to an inefficient offense that will jeopardize McLaurin volume, especially in the red zone.

Matt is a seasoned fantasy football analyst that writes dynasty and devy fantasy football content year-round. In addition to writing for Gridiron Experts, he writes and hosts a podcast for The Dynasty Draft Room and publishes all of his work at patreon.com/theffeducator