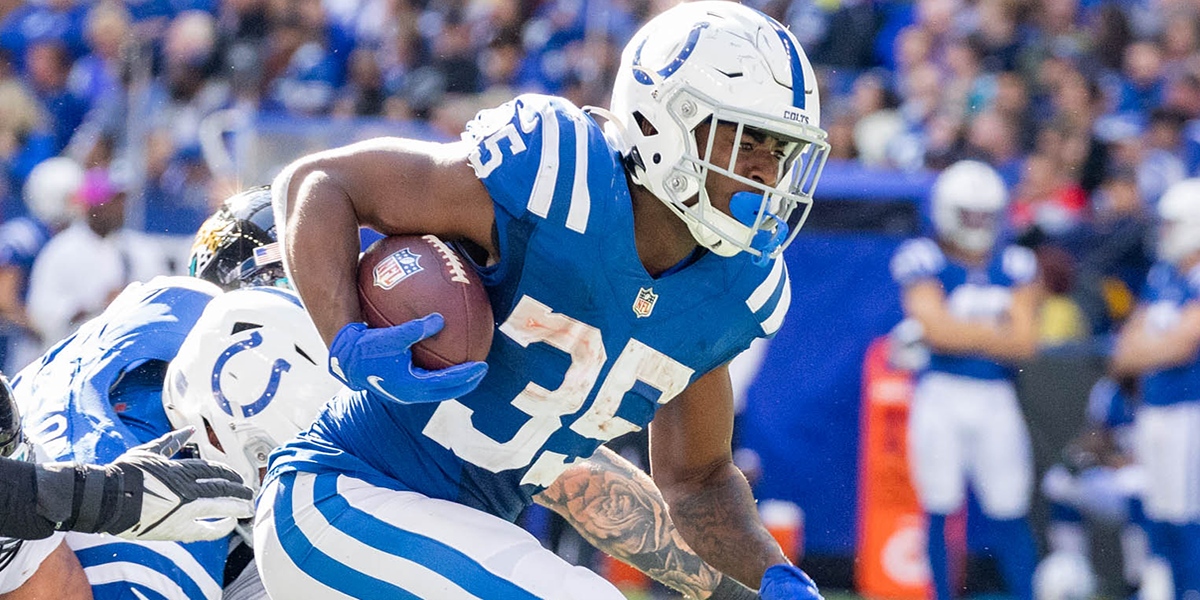 As we head towards the second half of the season, it is coming down to the nitty gritty of teams who are fighting for a playoff spot. As I have stated over the course of the season, when unforeseen circumstances occur, a fantasy team owner needs to be prepared to take action. Sleeper options are a very good source of providing value over time as these players are useful in favorable matchup situations or become your starters down the stretch due to an injury that has occurred. Here are my recommendations for fantasy football sleepers week 9.

I understand this is not the Packers offense that we are used to seeing, but there is one thing that will stay the same, the Packers offense will run over the Lions defense as usual. Rodgers and company are going into Ford Field with a vengeance to prove that the Packers can still perform at a high level when the pressure is on. Honestly, I see a lot of potential in his young receivers, especially Romeo Doubs who caught a beautiful pass for a touchdown in a week 8 loss to the Bills. I fully believe against a Lions defense that on average allows 24.6 fantasy points per game to opposing quarterbacks that Rodgers will become a solid QB1 in week 9 against Detroit.

This is the moment we have all been waiting for as Pacheco looks to make his second start during midseason. Before the season started, I predicted that Pacheco would take the starting job away from Edwards-Helaire by midseason, and here we are. In week 7 against the 49ers whose run defense is one of the best in the league, Pacheco led the Chiefs running backs with 43 yards on 8 carries. This matchup against Tennessee in week 9 could not have been a better one to start the second half of the season for the rookie running back as the Titans defense allows an average 13.0 fantasy points per game to running backs, but then again look what Saquon Barkley and the Giants did to the Titans in week 1. There is no doubt in my mind that Pacheco will score double-digit fantasy points this week as he has become a staple in the passing game who runs terrific routes and possesses good hands. Pacheco is a solid RB2 and flex play this week against Tennessee.

Starting running back Jonathan Taylor has been officially ruled out for week 9 against the Patriots. Second year running back Deon Jackson is slated to take this place and start this week in a good matchup. Jackson has flashed his potential this year as he already has a start under his belt when he started against Jacksonville in week 6 where he helped lead the Colts to a 34-27 victory. Jackson rushed for 42 yards on 12 carries and recorded 10 receptions for 79 yards in that game. I expect Jackson to receive the bulk of the carries this week resulting in double-digit fantasy numbers allowing him to become a solid RB2 and flex play against New England.

Palmer is good to go as he officially is returning from a concussion sustained against the Broncos in week 6 of this season. He looks to return to the lineup as the possible WR1 as receivers Mike Williams and Keenan Allen both are out due to injury. Before Palmer suffered the concussion, he already had been targeted 40 times throughout the first five games of the season, recording 26 receptions for 240 yards, and catching 1 receiving touchdown. He is making his return at a great time and in a terrific matchup against the Falcons defense who on average allows 29.5 fantasy points per game to wide receivers. I am absolutely on board to start Palmer as a WR2 or flex play in week 9.

I’m enjoying the fact that Jones is being used fairly often in the Jaguars passing game, unlike when he played for the Raiders where he barely touched the football. Jones is having a steady season where he records 4-5 receptions a game so far. Jones is due for a breakout where he has the potential to separate himself from the rest of the pack as he is a former second-round pick who possesses immense talent with size, speed, and agility. I expect Jones’ production to increase as we head toward the second half of the season. Against a struggling Raiders defense that on average allows 19.7 fantasy points per game to wide receivers, I expect Jones will end up a solid WR3 in a fairly decent matchup.

To be honest, I wasn’t the happiest person when the Patriots announced that quarterback Mac Jones was returning to the starting lineup as I thought Bailey Zappe was playing relatively well. Unfortunately, Henry only caught 1 pass for 22 yards last week in their comeback win against the Jets that saw Jones throw to running back Rhamondre Stevenson very often. I promise you that this week the passing game will not operate that way in an easier matchup. Henry is going up against the Colts defense who on average allows 9.4 fantasy points per game to opposing tight ends which is going to result in Henry receiving many touches. I expect Henry to be a big part in the passing game on Sunday with him becoming a solid TE2 in a very good matchup.