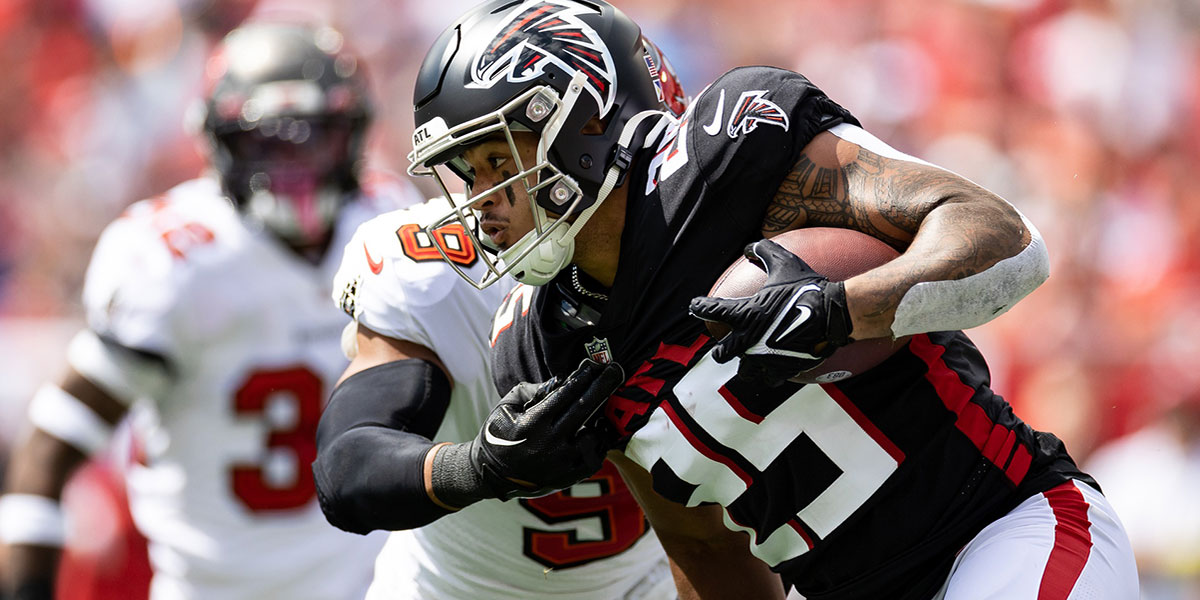 It’s that time of year when fantasy football teams who have lost starting players are searching for the “one” or “ones” to replace their starters, and it is almost midseason, so there is a sense of urgency floating. Underdog players who are more commonly known as sleepers are the players who are chosen to fill in those gaps whether it is for the rest of the season or are chosen week to week. Here are six players whom I believe are becoming solid players to fill in those gaps for you this week based on their respective matchups. Here are my recommendations for fantasy football sleepers week 7.

The rookie seems to be everyone’s favorite quarterback as of late. Zappe has been impressive in his starting performances this season after taking over as the starter due to Mac Jones’ multiple injuries sustained earlier this season. Honestly, I’m becoming fonder of Zappe every week that passes by especially after his latest performance against the Browns where he completed 24/34 passes for 309 yards, averaging 9.1 yards per throw, scoring 2 passing touchdowns, and posting a completion rating of 118.4. Not only is he loved by the Patriots fans, but his teammates also seem to trust him, as the Patriots are on a 2 game-winning streak. We have seen the Patriots offensive weapons receive an increase in production which is reflected by the offensive stats. Zappe will continue his reign of dominance and perform well this week against the Bears defense becoming a solid QB2.

I am very proud of Robinson Jr. after making a speedy recovery from what could have been tragic incident. Robinson Jr. rushed for 60 yards on 17 carries, averaging 3.5 yards per carry, and scored 1 touchdown in Washington’s win in week 6 over Chicago. Robinson Jr. will no doubt put on a good performance this week against the Packers defense whose run defense is literally “Swiss cheese” as it always has been for years where they allow on average 17.0 fantasy points per game to opposing running backs. I have full confidence and so do the Commander’s coaching staff in Robinson Jr.’s ability to carry the offense in what should be a close game against the Packers at FedEx Field where I expect him to become an RB2 in week 7.

Allgeier has taken over as the lead back after Cordarrelle Patterson went down with an injury earlier in the season. The former BYU standout rushed for 51 yards on 15 carries against one of the best rushing defenses in the league last week in the San Francisco 49ers. On the other hand, the Bengals allowed the Saints offense to post a combined 228 rushing yards and 1 touchdown. When it comes to play calling, the Falcons offensive coordinator Dave Ragone does not shy away from running the ball as Atlanta calls at least 33.7 rushing plays per game on average. This gives Allgeier plenty of cushion to score double-digit fantasy numbers against the Bengals defense who on average allow 12.5 fantasy points per game to opposing running backs where I expect him to become a low-end RB2 and a solid flex play this week against Cincinnati.

Woods is getting back to where he left off with the Rams where he was heavily utilized in their passing offense. Woods has seen an increase in production in the Titans offense where he averages 4 catches a game so far this season and is expected to become more involved in the offense as the year progresses. The Colts defense did not perform well last week against the Jacksonville Jaguars where they allowed the Jaguars offense to put up 27 points against them. In an attempt to increase the passing production for the 2022 season in which they have, the Titans drafted rookie Treylon Burks in the 2022 NFL Draft and signed veteran receiver Robert Woods. I am fully in favor of slotting Woods into your flex spot this week as he faces a Colts defense that allows on average 14.2 fantasy points per game to opposing wide receivers, as his production will increase, exceeding expectations.

Valdes-Scantling is due for a big game, and this might be the week for that to happen. Lately, I have been questioning the play calling in Kansas City as it has not been pretty. The Chiefs offensive coordinator Eric Bieniemy has to find a way to get his receivers more involved as Valdes-Scantling was a dud last week in the Chiefs’ loss to the Bills in a highly anticipated match-up that was in my opinion underwhelming. Valdes-Scantling looks to improve his outlook this week against the struggling 49ers defense who allows 14.5 fantasy points per game on average to opposing wide receivers but were defeated decisively by the Atlanta Falcons in week 6. I expect the Chiefs to take their loss to the Bills personally, putting on a show for everyone to see his week, where they will most likely include every one of their offensive personnel allowing Valdes-Scantling to perform at a high level, and take advantage of his elite speed and big play ability to get open down the field. Don’t count out the Chiefs receiver just yet as I expect Valdes-Scantling to become a high-end WR3 at his floor and a low-end WR2 at his ceiling against San Francisco.

The time that Schultz’s fantasy owners have been waiting for has finally come as their true starting quarterback Dak Prescott finally returns from injury. Schultz’s production has dipped significantly since Prescott got hurt in the first game of the year where he went from recording 7 receptions for 62 yards, averaging 8.9 yards per catch, to posting 0 total points in his last two games which were on October 2nd against the Commanders and October 9th against the Rams. Unfortunately, Schultz sat out last week after “tweaking” his previous knee injury but is ready to go for Sunday as he was a full participant in Wednesday and Thursday’s practices. Schultz’s fantasy owners, Cowboys fans, and I are ready to see Schultz reclaim his top 10 tight end spot this week against a Lions defense who on average allows 9.0 fantasy points to tight ends where Schultz will become a high-end TE2 at his floor and a low-end TE1 at his ceiling against Detroit.