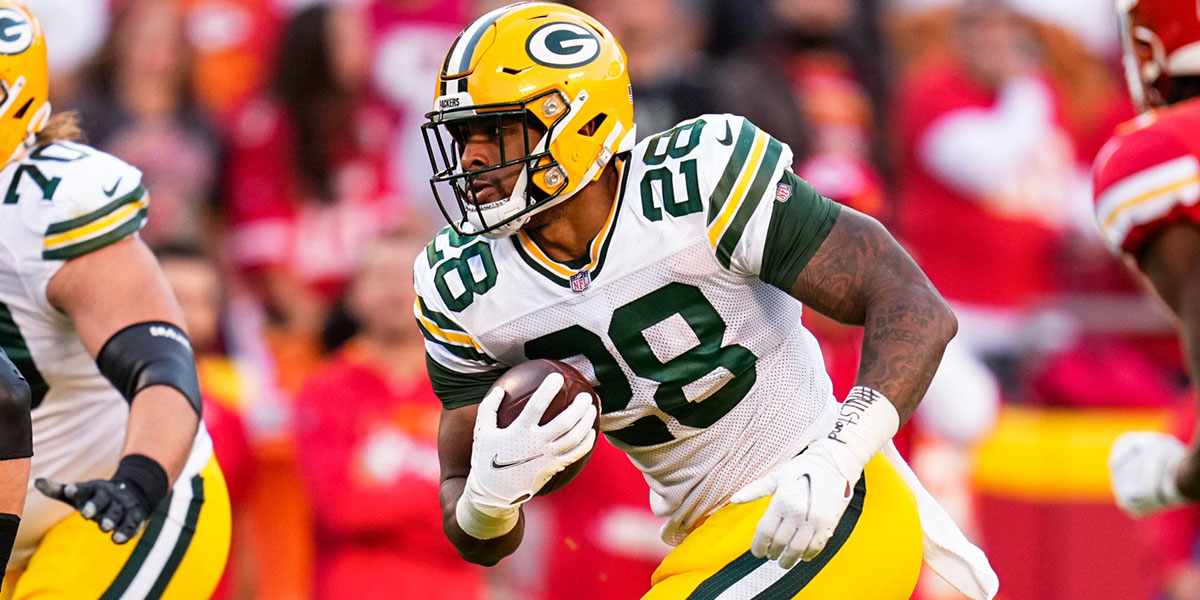 I have selected eight players with favorable matchups this week that may be on your bench or still be available on the free-agent market. Consider starting these players this week if you already have not as they are surefire picks to perform well in their respective matchups in week 6. Here are my recommendations for fantasy football sleepers week 6.

In a shocking win over the Green Bay Packers last Sunday in London, the Giants look to continue their winning streak where they play a weak Ravens defense. The most important storyline for the Giants this season is the reemergence of Saquon Barkley who is such an efficient runner that it opens up the passing game for Jones. Jones put on a decent performance against one of the best defenses last week passing for 217 yards on 21 completions. Jones can absolutely put on a good performance by utilizing his star running back in the passing game where Barkley is efficient as well. I expect Jones to put up double-digit numbers against the Ravens defense who on average allows 24.8 fantasy points per game to opposing quarterbacks becoming a low-end QB2 at his floor and a high-end QB2 at his ceiling this week against Baltimore.

After the Packers fell to the Giants last week in their matchup in London, running back Aaron Jones spoke to the media stating that he would bet money on himself and fellow running back A.J. Dillon to lead them to victory if head coach Matt LaFleur and quarterback Aaron Rodgers would have more faith in the running back duo. Last week Dillon rushed for 34 yards on 6 carries in an underwhelming performance that saw the offensive line not play to the best of their abilities. I believe Aaron Jones’ statement will impact the Packers offensive situation where their offensive gameplan will start to involve the running game more often than not to get the ball rolling down the field. I expect Dillon to perform well this week against the Jets defense who on average allow 16.0 fantasy points to opposing running backs becoming a low-end RB2 at his floor and a high-end RB2 at his ceiling.

For those who have not heard of Jackson, he is a second-year player out of Duke who was drafted by the Colts in the 2021 NFL Draft. Last week in the Colts win over the Broncos 12-9, Jackson rushed for 62 yards on 13 carries. Jackson has waited for his chance to prove he belongs in the National Football League, now is his time as star running back Jonathan Taylor is currently out due to an ankle injury. Against a Jaguars defense who on average allows 16.6 fantasy points per game to opposing running backs, I expect Jackson to become a solid low-end RB2 and flex play this week against Jacksonville.

Wilson is the second-best receiver coming out of the 2022 NFL Draft behind fellow former Ohio State star and Saints wide receiver Chris Olave. Wilson has had a solid season so far recording 23 receptions totaling 282 yards and scoring 2 touchdowns as we have only seen a preview of what he can do. Wilson is a dynamic player who utilizes his speed and athleticism to create separation to be able to catch the ball. Even though Wilson only recorded 3 receptions for 27 yards last week in a blowout win over the Dolphins, I believe Wilson will bounce back this week and play well against the Packers defense who on average allows 16.6 fantasy points per game to opposing receivers becoming a solid WR2 against Green Bay.

Personally, I’ve been waiting all season for Rondale Moore to have a monster game and it looks like in a very favorable matchup against the Seahawks, it may happen this week. During the offseason, Moore claimed that he wanted the ball in his hands more often than not and has gotten his wish so far, but has not done much as he has only recorded 10 receptions for 79 yards due to sitting out the first 3 games due to a hamstring injury. This week I expect Moore to break out against a Seahawks defense that on average allows 17.6 fantasy points per game to opposing receivers becoming a low-end WR2 at his floor, potentially becoming a high-end WR2 at his ceiling.

The rookie tight end looks to have earned quarterback Tom Brady’s trust by finally getting his chance to play a significant role in the passing game last week securing 6 receptions for 43 yards in the Buccaneers win over the Falcons in a close game. In a favorable matchup against the Pittsburgh Steelers where they allowed the Bills to put up 38 points against them last week, I see no reason why the Buccaneers cannot do the same. I expect Otton to continue to see playing time becoming a solid TE2 against a weak Steelers secondary.