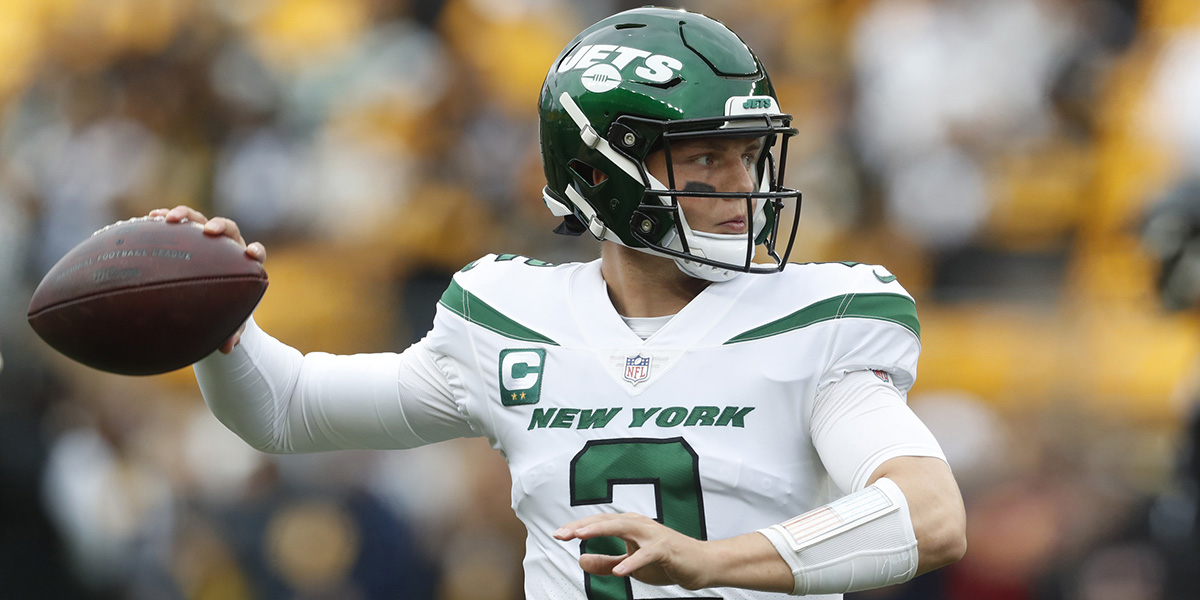 Midseason is almost here as week five is underway. If you have not done so already, consider the players I talk about more in detail below to potentially start for you in your crucial matchups who could help you win your game this week. Here are my recommendations for fantasy football sleepers week 5.

In Wilson’s first game back after suffering a knee injury in the preseason, he did the impossible and led the Jets to a comeback win last week in a very unfavorable matchup against week 4’s number-one-ranked defense. Wilson completed 18/36 passes for 252 yards and scored 1 touchdown, but unfortunately threw 2 interceptions. Last week the Dolphins allowed Bengals quarterback Joe Burrow to throw for 287 yards and 2 touchdowns. I understand the Jets offense is not the Bengals offense, but the Dolphins defense has not performed well this season so far. I expect Wilson to perform well this week, becoming a low-end QB2 at his floor and a high-end QB2 at his ceiling when New York faces Miami in their first division matchup of the season.

There was once a time when we would not be having this conversation, but unfortunately, things change over time. Elliott was once a definitive RB1 without question, but now that is a very questionable statement to make as he has fallen outside the top 25 in our running back rankings. In the Cowboys week 4 win over the Commanders in their division matchup, Elliott only rushed for 49 yards on 19 carries, averaging 2.6 yards per carry. This is atrocious for Elliott and the Cowboys offensive line who was once unstoppable on the ground allowing the star running back to post double-digit numbers every week. In a matchup against the Rams whose defense has not been as unstoppable as once expected, I like Elliott’s chances of putting on a good performance after 49ers running back Jeff Wilson Jr. rushed for 74 yards on 18 carries and scored 1 touchdown in San Francisco’s win over Los Angeles Monday night. I expect Elliott to bounce back this week becoming a solid RB2 against the Rams.

The entire Chiefs offense was involved in their dominant win over the Buccaneers defense in a highly anticipated matchup last Sunday night. While watching the game, I thought the Chiefs looked unstoppable especially after getting embarrassed by the Colts the week before which was unacceptable. If the Chiefs offense can keep performing as efficiently as they did on Sunday night, they are on their way to the Super Bowl. On Sunday night, Smith-Schuster caught 5 passes for 46 yards, averaging 9.2 yards per reception. Against the Raiders defense who consistently allow receivers to score an average of 20.8 fantasy points per game, I expect Smith-Schuster to have a good game posting double-digit numbers in a favorable matchup becoming a high-end WR2 at his floor and a low-end WR1 at his ceiling against Las Vegas.

In the Eagles win over the Jaguars in week 4, Smith recorded 3 receptions for 17 yards against the Jaguars. Smith’s production has dropped quite a bit after being outshined by fellow wide receiver A.J. Brown. The good news is that there are plenty of receptions and touchdowns to be shared in the Eagles high powered offense. The Cardinals defense has performed poorly this season beginning with the week 1 loss against the Chiefs where 44 points were put up against them. Last week’s win against an inefficient Panthers offense doesn’t count in dominant performances against offenses. The Eagles are going to put up over 30 points against the Cardinals this weekend, where I expect Smith to receive a good amount of the target share becoming a high-end WR3 at his floor, and a low-end WR2 at his ceiling in week 5 against Arizona.

The Saints offense performed better than expected with quarterback Andy Dalton starting due to Jameis Winston suffering a few injuries, especially the four fractures between the vertebrae in his back. I honestly do not know how Winston was even playing through his injuries as a protected vest was provided, but that is not going to stop the hard hits from defensive players to inflict further injury. In substitution for Winston, Dalton performed fairly well throwing for 236 yards and 1 touchdown. I imagine Dalton is still getting comfortable throwing to his receivers in a starting capacity in a regular season setting after being signed as a backup by the Saints in the offseason. Johnson secured 3 receptions for 33 yards, averaging 11 yards per reception. Johnson will see more of a target share where he has the potential to become a low-end TE2 at his floor, and a high-end TE2 at his ceiling in week 5 against Seattle’s defense who has allowed the most fantasy points to tight ends allowing them to score an average of 13.2 fantasy points per game.

I am becoming a bigger fan of White each week that passes by and is my flex sleeper of the week. His role in the Tampa Bay offense is becoming more evident where he is being used as more of a compliment alongside Leonard Fournette and also as a third-down passing back. Even though the Buccaneers rushing attack was nonexistent in their week 4 loss to Kansas City, his production in the passing game cannot be ignored where he recorded 5 receptions for 50 yards, averaging 10 yards per reception. White has obviously earned the trust of future Hall of Fame quarterback Tom Brady. It is an honor to play alongside Brady who personally picks the players he wants on the field with him. I like White’s chances of putting on a good performance this week against Atlanta’s defense that allows an average of 13.0 fantasy points per game to running backs, where I expect him to become a solid flex play, low-end RB2 this week.