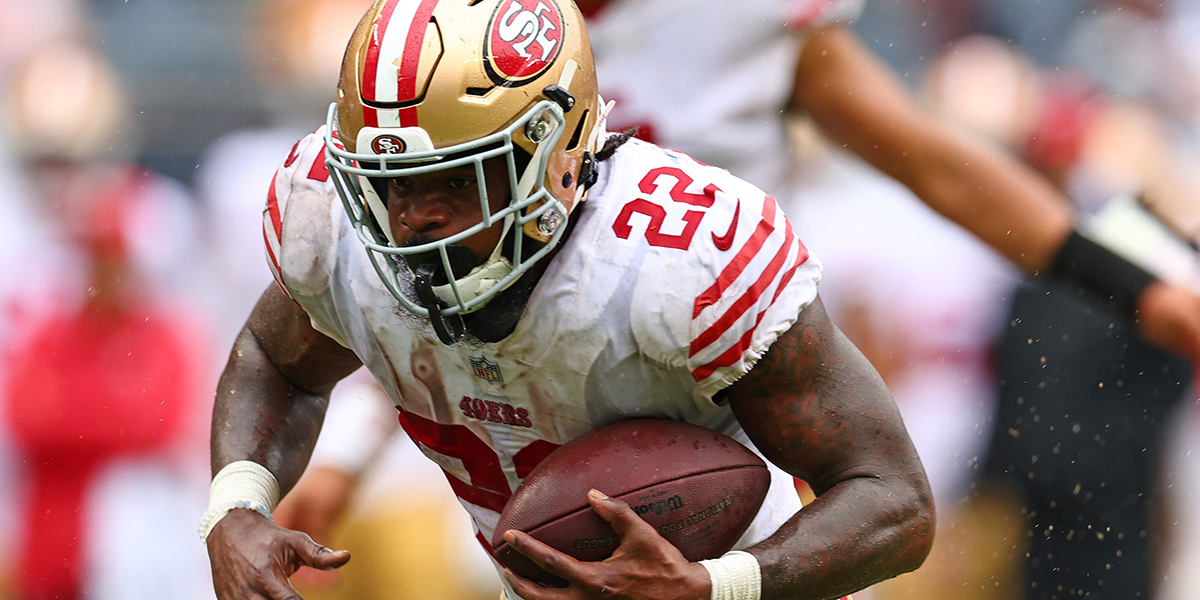 It was another wild week for many fantasy owners in week 2. The lesser-known football players I have selected are poised to become fantasy-relevant options this week after becoming key pieces of their respective offenses throughout the season so far. Here are my recommendations for fantasy football sleepers week 3.

Fields is coming off of another disappointing week in his sophomore season. Last week he only completed 7/11 passes for 70 yards and threw an interception in Chicago’s loss against Green Bay. The promising young quarterback is due for a good game this week against the Texans, which gave up 219 yards and a touchdown last week to Broncos quarterback Russell Wilson. The Texans have allowed quarterbacks to score an average of 15.0 fantasy points per game through the season’s first two games. In a favorable week 3 match-up, the Bears should allow Fields to utilize his athleticism, throwing outside the pocket where he is most efficient, and start to perform at a high level. I expect Fields will have a decent game this week against the Texans resulting in him becoming a low-end QB2 at his floor and a high-end QB2 at his ceiling.

After Eli Mitchell suffered a sprained right MCL in a week 1 loss against the Bears at Soldier Field, Wilson Jr. was next in line to take over the backfield. That is exactly what he accomplished in week 2 in a win over the Seattle Seahawks, where he rushed for 84 yards on 18 carries, averaging 4.7 yards per carry. The Broncos on the other hand allowed Texans running back Dameon Pierce to rush for 69 yards on 15 carries, averaging 4.6 yards per carry last week in their win over the Texans. The 49ers have a highly efficient running game; thus, Wilson Jr. will likely have himself a good day in week 3 against the Broncos defense. I expect Wilson Jr. to get the bulk of the carries on the ground and again score double-digit fantasy points this week, resulting in him becoming a high-end RB2 at his floor, and a low-end RB1 at his ceiling, in a favorable matchup against Denver.

Cowboys quarterback Cooper Rush seems to like Brown a whole lot. After starting quarterback Dak Prescott suffered a fractured hand in week 1 against the Buccaneers, Brown has taken over as one of the primary receivers in Dallas. In week 2, Brown recorded 5 receptions for 91 yards, and scored the only receiving touchdown in Dallas’ win over Cincinnati. The veteran receiver from Ohio State is improving week after week, and as a result, I expect nothing different this week in a very good match-up against the Giants on Monday night. The Giants defense played well last week against an inefficient Panthers offense in their week 2 win, where they only allowed the wideouts to record 103 yards receiving, and score 1 touchdown. Brown will continue to leave off where he began last week, posting double-digit fantasy numbers, and becoming a high-end WR2 this week against New York.

I have to say, I am very impressed with the Commander’s offense this season. Quarterback Carson Wentz seems to have control of the offense, where he allows everyone to contribute. Samuel has been a consistent part of their offensive attack, where he recorded 7 receptions for 78 yards, and scored 1 touchdown in the Commanders loss to the Lions in week 2. Fantasy owners who have had shares in Samuel the past few years have been disappointed, but this year everything has changed, finally, it is time for Samuel to shine, proving that he can be a viable fantasy option for owners. The Eagles ran past the Vikings last week in a lopsided match-up which nobody expected, but this was due to the Vikings extremely underproducing. The Commanders will keep the momentum going against the Eagles, where Samuel will again produce high-end WR2 at his floor, and low-end WR1 numbers at his ceiling.

In a bad loss to the Eagles in week 2, there was a glimmer of hope in the Vikings offense. Irv Smith Jr. finally had a decent game where he recorded 5 receptions for 36 yards, and scored 1 touchdown. After waiting for Smith Jr. to finally become the TE1 in Minnesota, where fantasy owners saw the potential, including myself, he is finally starting to prove the offense doesn’t always have to revolve around wide receiver Justin Jefferson. The veteran tight end has a very favorable match-up against the Lions in week 3 where I expect him to be an important piece of this offense, resulting in him posting low-end TE2 numbers at his floor, and high-end TE2 numbers at his ceiling.

After the Lions week 1 loss to the Eagles, it was revealed that starting running back D’Andre Swift has suffered an ankle injury. In the Lions week 2 win against the Commanders, Swift only rushed for 56 yards and couldn’t finish the game. Williams on the other hand rushed for 53 yards on 12 carries and recorded 1 reception for 7 yards. Swift’s ankle is still bothering him, which was expressed to the media during Thursday’s practice, where Swift participated in a limited fashion. Williams is a reliable pass-catching back, dating back to his time at Brigham Young University. The Vikings have given up an average of 15.0 to running backs this season and allowed them to rush for at least 100 yards in the past two games. I expect Williams to receive at least half the carries if not more and see an increase in usage in the passing game, becoming a low-end RB2, and solid flex play this week against Minnesota.