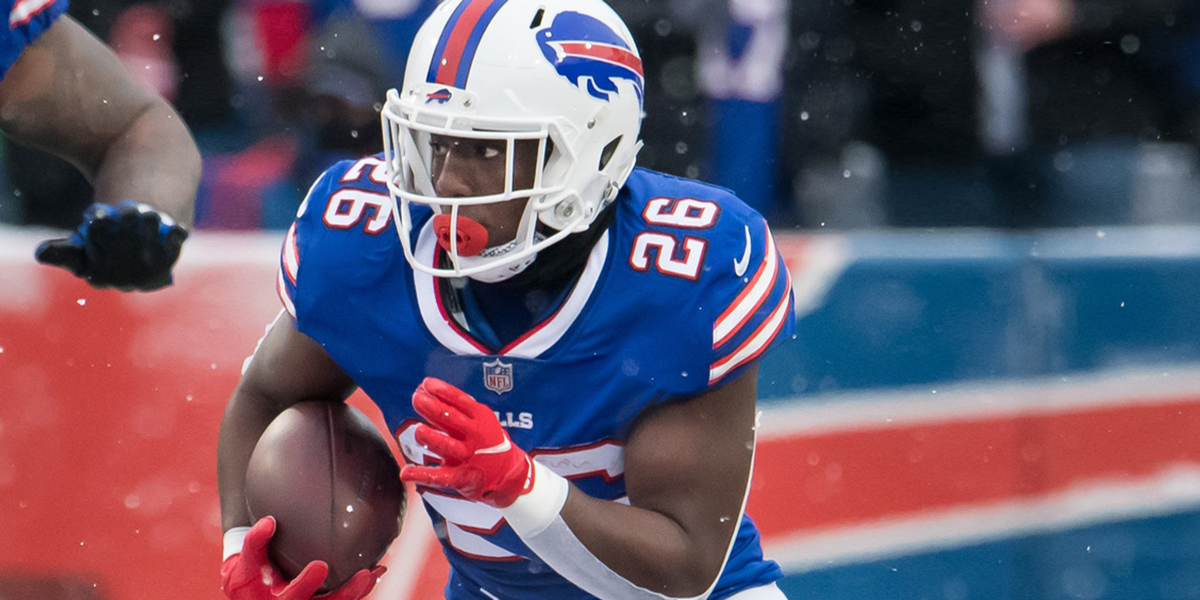 Now that the dust has settled from week 1 action, we are prepared to dive deeper into the list of players that are solidifying themselves as possible consistent fantasy options for owners this season. In week 1, we saw a lot of players take a step forward into starting category, including the seven players I have chosen below. Here are my recommendations for fantasy football sleepers week 2.

After a wild week 1 match-up in a losing effort against the most ferocious defense in the league the Buffalo Bills, some might say to sit the entire Rams offense except wide receiver Cooper Kupp who is the best performing player on the team. Don’t panic just yet even though Stafford only threw for 240 yards and 1 touchdown, along with 3 interceptions last week, he has yet to show his naysayers why he is still a top quarterback in the NFL. The Falcons allowed Saints quarterback Jameis Winston to throw for 269 yards and 2 touchdowns last week, and the Saints’ offense did not even start to get in rhythm until the fourth quarter. If Stafford and the Rams come firing on all cylinders out of the gate in the first quarter, it is going to be a long night for the Falcons defense. I expect Stafford to bounce back this week performing well becoming a solid high-end QB2 against Atlanta.

To my surprise, Singletary led the Bills running backs in carries last Thursday night against the Rams. He rushed on 8 attempts for 48 yards, and also recorded 2 receptions for 14 yards. I understand this is not any great feat, but this week against a weak Titans defense who allowed Giants running back Saquon Barkley to rush for 163 yards, and score 1 touchdown, resulting in a loss last week to the Giants at home. I expect Singletary to receive the majority of the groundwork again this week against the Titans, with the potential to put up double-digit numbers for fantasy owners. Singletary is a high-end RB2 in week 2 against Tennessee.

Sanders performed well last week despite competing for carries against backup running back Kenneth Gainwell and mobile quarterback Jalen Hurts. Sanders carried the ball 13 times, totaling 96 yards, averaging 7.4 yards per carry, and scoring 1 touchdown. The Eagles offense obviously has trust that Sanders can be the primary running back heavily relying on him in the running game by giving him this type of volume allowing him to produce double-digit numbers for fantasy owners. Honestly, his main competition is quarterback Jalen Hurts who rushed 17 times for 90 yards and scored 1 touchdown. The Vikings defense, who allowed a total of 94 yards and 1 touchdown last week in a win against the Packers, will not allow Hurts to escape the pocket as they have a solid defensive line that sacked quarterback Aaron Rodgers a few times last week. This allows Sanders to take advantage of the opportunity that presents itself and solidify himself as the workhorse back this week against the Vikings. Sanders is a low-end RB2 at his floor, and a high-end RB2 at his ceiling this week against Minnesota.

The Raiders look to redeem themselves after losing a close game in their week 1 match-up against the Chargers. In week 1, Renfrow caught 3 passes for 21 yards, which is not impressive whatsoever, but he was targeted 7 times. The target share is definitely there for Renfrow as he looks to bounce back in week 2 against a Cardinals defense that gave up 360 yards through the air and 5 passing touchdowns getting obliterated by the Kansas City Chiefs offense in week 1. Renfrow is the primary slot receiver who moves around the field always facing different defensive backs, with the ability to use his speed to get open over the middle of the field. I expect the Raiders offense as a whole to put on a phenomenal performance against the Cardinals defense, with Renfrow becoming a low-end WR2 at his floor and a high-end WR2 as his ceiling in the process.

Thomas has finally shown some life in this offense after two years of disappointing fantasy owners including myself. Inconsistent and below-average quarterback play and injuries that Logan sustained have played a role in numerous mediocre performances over the years. This year we finally have hope that Thomas will become a consistent starting fantasy football tight end. He showed a glimpse of what the future may hold after recording 3 receptions for 45 yards in week 1 against the Jaguars. The Lions allowed Eagles tight end Dallas Goedert to record 3 receptions for 60 yards in week 1. In a favorable match-up, Logan Thomas has the potential to become a low-end TE2 at his floor, and a high-end TE2 at his ceiling against Detroit.

Despite what we heard during the offseason, Gordon is still a major factor in Denver’s running game. Gordon carried the ball 12 times for 58 yards, while also recording 2 receptions for 14 yards, in a losing effort against the Seahawks in a tough week 1 match-up. In a favorable match-up against the Texans defense who allowed Colts running back Jonathan Taylor to rush for 31 carries totaling 161 yards and scored 1 touchdown in a tie in week 1, I like Gordon’s chances to score double-digits this week. Even though the veteran is splitting carries with second-year running back Javonte Williams, expect Gordon to be the primary back in the ground game, while Williams will take on the role of the pass-catching back after recording 11 receptions for 65 yards in week 1 against Seattle. Gordon is a solid low-end RB2, and flex option in week 2 against Houston.