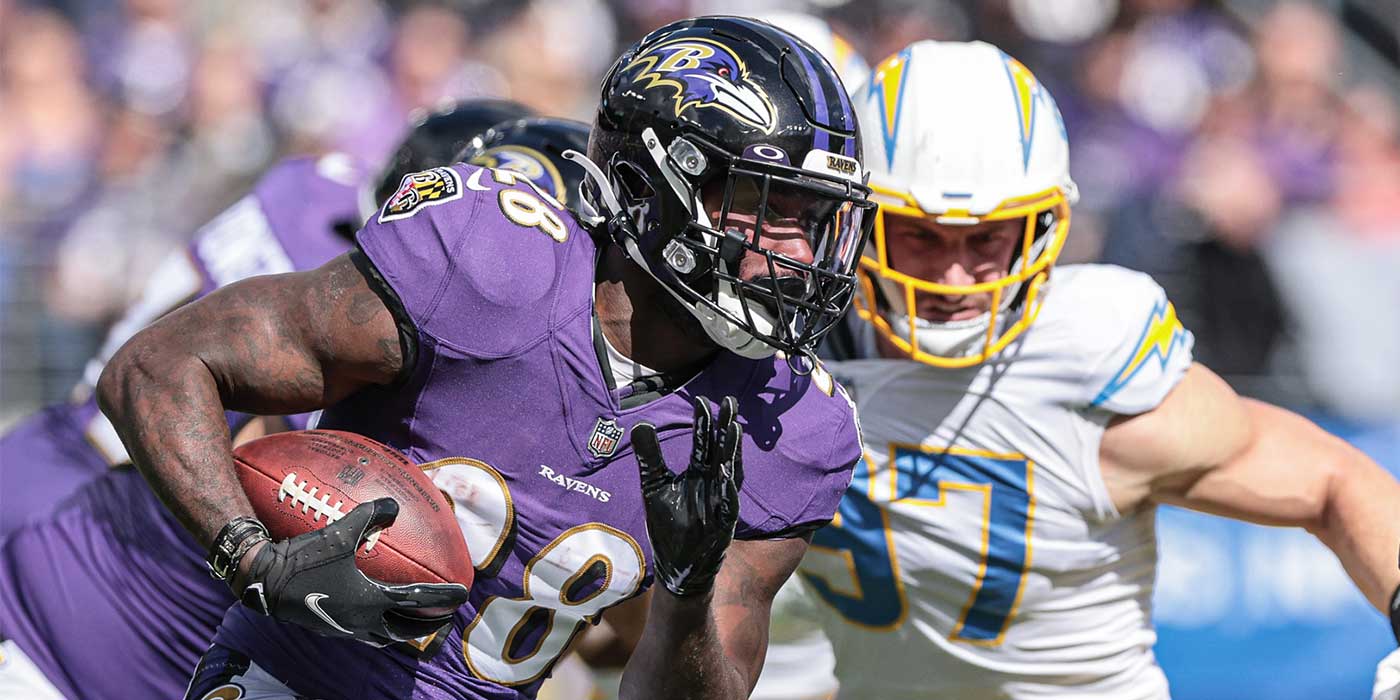 Week 7 is quickly approaching and the midpoint of most fantasy football leagues’ regular season will come this week. Now is the time to seize the opportunity provided by understanding which running backs are getting the touches and trying to predict who will be getting those touches moving forward. But first, a quick apology for missing last week’s article. Hopefully, forgiveness will come more easily after you explore the new features included in the RBBC Breakdown!

Before we jump into the numbers a quick note about the data: The data that I use is populated by the Snap Counts page from FantasyData. I then take this raw data and calculate not just whether an RB was on the field but if they were being used and what percentage of the offense did their usage make up. Looking back at the entire season of 2020 (you can find old RBBC Reviews on my profile page), the two stats that I include and lean on heavily, % of Offense and Plays Used, were more correlated with season-long PPR points than Snaps and Snap %. For example, 94% of end-of-year fantasy points can be explained by the number of plays that a player is used – when a player is actually used more it results in more fantasy points. So, if a player is being used on a lot of plays but isn’t producing fantasy points yet, there is a likelihood that he will regress to the mean in future games and produce more fantasy points.

A ‘workhorse’ is defined here as a running back that is responsible for over 30% of their team’s offensive plays. The chart below highlights these workhorse backs. Guys like Derrick Henry are no surprise as they have been dominant on the field and for fantasy. Alvin Kamara should bounce back to fantasy stardom with as much work as he has been getting despite his low PPR output. Christian McCaffrey and David Montgomery are spending time on injured reserve but will jump right into fantasy starting lineups upon their return. Despite missing some time, Dalvin Cook is a “must-start” moving forward. Surprisingly, Joe Mixon has stayed on the field although he scared some fantasy managers with a questionable injury designation. Newcomers to the list Darrell Henderson and rookie Najee Harris round out these top guys. Of the five rushers who have played all six games so far this season, every one of them is a top-15 RB on the year with Henry leading all rushers and Harris in third.

The Ravens were a difficult team to figure out who the main rusher would be before Latavius Murray left Week 6 with an injury. The carousel will continue to turn with the potential of Davonta Freeman, Leveon Bell, or Ty’son Willaims garnering first-team reps. The ugly truth is not a single one of these guys is a player I want on my fantasy team let alone starting roster. That said, there is always going to be potential for a decent day for a running back in Baltimore given their offensive scheme. Desperation will lead fantasy managers to start the Baltimore backfield despite the surprisingly difficult matchup with the Bengals.

The Dolphins are not a very good football team at the moment and despite the ambiguity, which usually leads to an opportunity in fantasy football, there is nothing to like in this backfield. Miles Gaskin exploded in Week 5 and then went back to near silence Week 6. He has shown the ability for big games but too often his coaches have shown him the bench. Malcolm Brown continues to garner work despite being extremely inefficient with his snaps. Sprinkle in a little Salvon Ahmed to this backfield and you have a fantasy wasteland that should be avoided until things improve.

The Raiders have been an RBBC exemplar since signing Kenyon Drake to pair with Josh Jacobs. The backfield offers opportunities with Jacobs and Drake both scoring over 15 points this past week. However, Josh Jacobs has taken on the mantel of consistent back in this running back room. Since returning from injury Week 4, Jacobs has not had a week less than 30% of the offense nor less than 10 PPR points. Although he also hasn’t scored above 20 PPR points either. This puts him right alongside Drake as a flex option until he can show the ability to have a big fantasy day.

If the Raiders are the exemplar of an RBBC the Broncos might reply with “hold my beer!” Melvin Gordon played more snaps but was actually used on fewer plays yet still out-scored Javonte Williams in Week 6. Aside from Week 1 when Gordon score quadruple the PPR points of Williams, the two have been in lockstep for percent of offense as well as PPR points so far this season. Week 6 marked the first time since Week 1 that Williams topped Gordon in usage and this could be the moment that fantasy players have been expecting, the moment when Williams solidifies himself as the lead back in Mile High. However, fantasy players should be skeptical about that transition as it can quickly swing back to Gordon being the main guy.