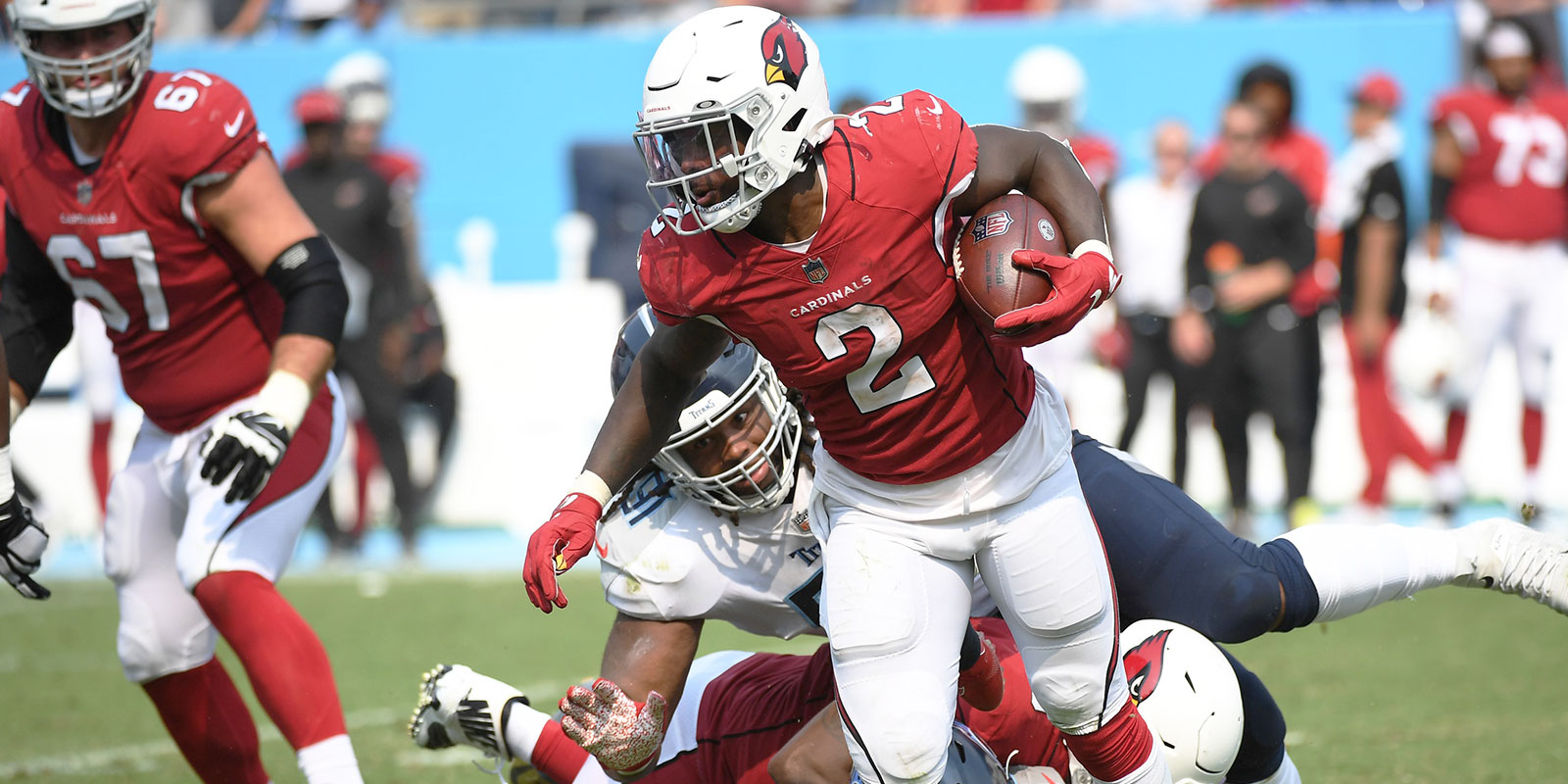 As Week 3 concludes, we start seeing trends develop. The running back position is the most important position on your fantasy team and understanding how NFL teams are deploying their running backs is the key to unlocking fantasy football success. But with so much data available, how do you parse down the information to make decisions without getting a Master’s in Applied Statistics? Good news! You’re at the right place! What lies below is a look at which running back is actually being used as a major piece of his team’s offense. This goes beyond snap count or percentage because it identifies who is actually getting the ball when he is on the field.

Before we jump into the numbers a quick note about the data: The data that I use is populated by the Snap Counts page from FantasyData.com. I then take this raw data and calculate not just whether an RB was on the field but if they were being used and what percentage of the offense did their usage make up. Looking back at the entire season of 2020 (you can find old RBBC Reviews on my profile page), the two stats that I include and lean on heavily, % of Offense and Plays Used, were more correlated with season-long PPR points than Snaps and Snap %. For example, 94% of end-of-year fantasy points can be explained by the number of plays that a player is used – when a player is actually used more it results in more fantasy points. So, if a player is being used on a lot of plays but isn’t producing fantasy points yet, there is a likelihood that he will regress to the mean in future games and produce more fantasy points.

Above, is the list of RBs who over the course of the season have accounted for over 30% of their team’s offense. Joe Mixon leading the way is a surprise for me but this Cincinnati offense has looked good and a healthy Mixon is a pivotal part of it. His health history leaves me waiting for the other “walking boot” to fall which makes me nervous to trade for him. If you have him on your team ride the healthy wave for as long as lasts. At this point in their careers, it should not be a surprise to anyone that Derrick Henry, Alvin Kamara, and Christian McCaffrey are on this list. McCaffrey is dealing with a hamstring issue but when he recovers he will quickly be back on this list. Newcomer to the league and list of workhorses, Najee Harris has been a central part of the abysmal Pittsburg offense. With the team’s wide receivers spending as much time in the medical tent as on the field, we can expect Harris to continue his dominance in the offense. David Montgomery and Antonio Gibson round out the last spots on the list and are the most likely to fall off. Montgomery has a quarterback controversy and lack of good QB play holding him and the rest of the team back. Gibson is in a similar predicament with a backup QB. More concerning to his usage is the continued reliance on JD Mckissic on third downs and passing plays. Despite some of the guys above having some disappointing fantasy outings, they are all still in the top-20 of PPR scorers at the RB position.

We are heading to West Coast first! I can’t figure it out scientifically so I’m going to blame the supernatural and claim that the Niners are cursed at the running back position.  They are picking up right where they left of last year in the RB carousel from on the field to on the sidelines and Injured Reserve. Mostert, who was the expected starter, ended his season almost as quickly as it started. That opened the door for Elijah Mitchell who seized the opportunity Week 1 and into Week 2 – that was until he suffered a shoulder injury. JaMycal Hasty was the next man up in Week 2 but suffered an ankle sprain and will be out for another couple of weeks. Week 3 had all the draftniks excited for what was expected to be rookie Trey Sermon’s coming-out party. However, fullback, Kyle Juszczyk had the big day against the Packers this past Sunday night.  If you played Sermon you were bailed out by a touchdown but his overall performance was more misses than hits. This is a backfield I want to be excited for but I’m going to keep most of them out of my starting lineup until Sermon can prove himself or the others can get healthy, particularly Mitchell.

Chase Edmonds was a #ZeroRB target for many people – James Conner looked like a value late in drafts as well. Through the first three weeks, Chase has not only led the way in high-value plays (receptions and scores), he has been almost a quarter of the Cardinals’ high-powered offense. So why talk about the Cards’ backs here? James Conner has been almost 20% of the teams’ offense. Together the pair of rushers is over 40% of the offense in the desert. While Chase provides the higher ceiling, I’m holding Conner in all the places I have him for the touchdown upside. Conner also provides a great depth piece if Edmonds suffers any of the all too frequent bumps and bruises to running backs.

At the end of last season, fantasy football managers were starting to get excited for D’Andre Swift as it looked like he would take over the lion’s share of Detroit’s rushing attempts. As the 2021 NFL season approached, the hype intensified. However, former division rival, Jamaal Williams has rained a little on the Swift parade. Both running backs have posted RB1 weeks so far and combined for only one outing that netted less than double-digit PPR points (Week 2 Williams 6.7 points) and three games of 20 or more PPR points. The tandem is being used on more than 45% of the plays run out of Detriot despite the dismal win-loss record (0-3). Swift is the guy to own and start on a regular basis as an RB2 but Williams can be rolled out as a nice flex option even against the upcoming Bears defense.

Washington has been through a lot of quarterback issues over the past year and 3 weeks. Many thought that Ryan Fitzpatrick would be the key to kickstart this team’s offense. Unfortunately, Fitzpatrick has a hip subluxation (essentially a dislocated hip) which landed him on IR. Taylor Heinicke has been his replacement and it has been a tale of Jekyll and Hyde over two games. Gibson’s fantasy day was saved by a single 73-yard catch and score in Week 3 so despite his dominant involvement in the offense he has yet to gain fantasy glory. J.D. McKissic has been less involved but has been just as effective as Gibson with a slight fraction better in terms of PPR points per 100 snaps. If you have Gibson, you have to hold until he rights the ship. As long as his usage remains this high, better fantasy days are ahead. However, if McKissic continues to play well with his opportunities, we could see a return to last season where McKissic converted 110 targets for 80 receptions

Javonte Williams is not getting the same involvement as fellow rookie Najee Harris but he has been a contributor to the surprising 3-0 Dever Broncos. I expected Willaims to need more time to become the more than 20% of the offense rusher that he is through three weeks. He hasn’t been as effective with his touches as veteran Melvin Gordon but he has been used on only four fewer plays. Gordon looks to maintain his place atop the depth chart for the foreseeable future but Williams is a guy that you want to keep stashed on your bench or even trade for before he is given a full workload. Gordon is a better flex play but can be moved to an RB2 with the potential to break a big run as he did in Week 1.