Here are the Top 19 most hilarious punishments for the owner who finishes last in your Fantasy Football League. The last three will have you rolling on the floor laughing imagining your friends doing these things. 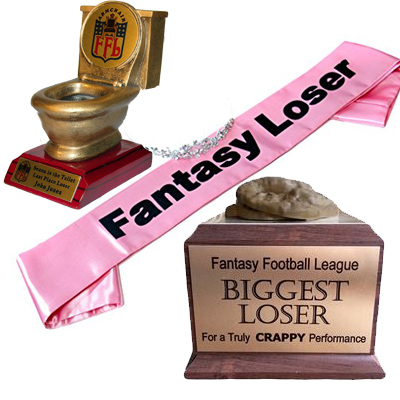 Here is a list of 19 potential punishments to consider for your own leagues.

I wanted to use another five-letter word that started with B, but we’ll keep it kind of classy in this article. The beer boy is to be dressed in an outfit that the champion finds pleasing during the draft the following season.  While in this outfit at the draft, the beer boy is responsible for buying and serving all drinks to other owners while sticking names on the draft board for the entire draft.

In this punishment, the last place finisher must go to a local esthetician (a person that waxes people) and have their bodacious booty waxed.  He also must invite everyone to attend (viewing the southern region is optional).  This way every member of the league gets to enjoy the losers’ pain, while the loser gets silky smooth buttocks.

We use shiny objects such as medals and trophies to reward the champion in sports.  So why not punish the owner who finished in last with the same thing. The winner from the previous year is allowed to pick any piercing he or she desires, and the owner who finishes last gets to pick only the location of the piercing. “You will feel a tiny pinch.”

Is there anything better than watching a friend make a complete fool of himself in front of a bunch of strangers and a few close friends? Certain things are funnier with friends, and this idea is hilarious for everyone. To some degree, everyone thinks they are funny, but this is a great reality check and an amazing night out with your friends as you watch the worst owner make a fool of himself doing stand-up comedy at a comedy club.

Although I am not sure that Hue Jackson ever did it, he did state that he would jump into Lake Erie if the Browns went 0-16. This punishment follows that same path. The loser dresses in his best clothes, preferably a suit, and jumps into an area lake or pond. If you live in the northern part of America, you can make the loser do it when it is still cold for an added punishment.

This one may be a little tricky to pull off for most, but this punishment forces the loser to be handcuffed to a little person for the entirety of the draft the following season.  Not only is this hilarious but it is nothing but a pain for the loser.  It limits their mobility and if you have the right little person for the job, they will make the experience that much worse for the last-place finisher. 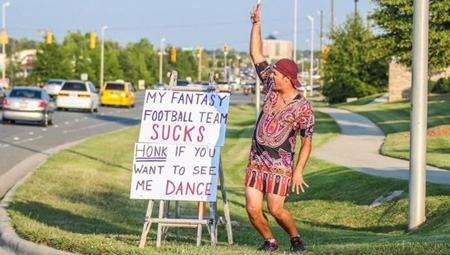 Every year you see dedicated firefighters and women near a busy stoplight asking for donations. So in this punishment, the owner must buy a very revealing firewoman costume and wear it by the most active stoplight in the town/city. They will hold up a large sign that says something along the lines of “I suck at Fantasy Football.”  While working the corner he or she must try and get donations from anyone looking to help this poor soul get any advice possible.  The money he or she raises will be donated to the league’s choosing.

Choose your dirtiest shirts, your smelliest socks, and your grossest underwear, and let your league loser do a load of your laundry.  This isn’t just one load for the loser, it’s a load for each member of the league.  The clothes need to be picked up from each person’s house, cleaned, folded, and returned.  No clothes are off-limits, just remember that you could finish last next season.

How many people remember taking the SAT’s? Now, how many people remember finishing them and saying never again will I have to endure something so horrible again. Well, think again. The owner must apply and take the SAT’s and pay for everything that is included.  They must show proof of being there and finish with at least a 700 on the SAT’s or he or she must take every owner to the bar for at least one drink.  While at the SAT’s they must wear an outfit picked out by the league champ. 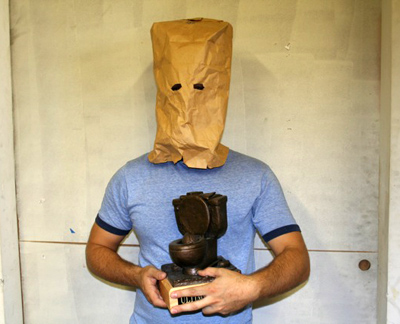 If this one is a mystery I can’t tell you what is in the bag, but I can give you the idea. Each owner writes a punishment on a piece of paper. So if there are ten teams, then only the owner who finished in last doesn’t submit a punishment, leaving nine pieces of paper in the bag. The punishments can be as cruel as you want but remember you may finish in last next year.  Each owner reaches in the bag and whatever he or she pulls out is the punishment they get to do to the owner who finished last.

When we think of funny NFL Combine pictures, Tom Brady’s has to come to mind. So in this punishment, the owner must go through the entire NFL combine process. From receiving a physical from a licensed doctor to the embarrassing photo in underwear to the actual drills. To help, go here for all the combine drills. Keep track of each owner’s time and throughout the years reward for best drill times and punish for worst times. 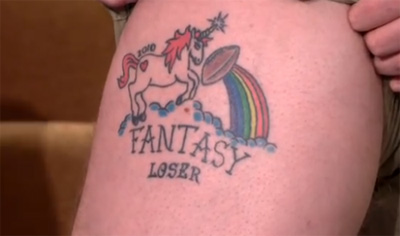 There is nothing more embarrassing than finishing last in your fantasy football league. So just imagine a constant reminder permanently inked to your skin for the rest of your life.  Seriously this exists and to prove it,

In honor of Super Troopers 2 coming out soon, each time the loser has a conversation, he must work the word “Meow” into the conversation.  This is only a 1-day punishment and would be better suited for a punishment that changes each year.  This is a relatively easy punishment, but it is still funny, and in no way will it ever get old. 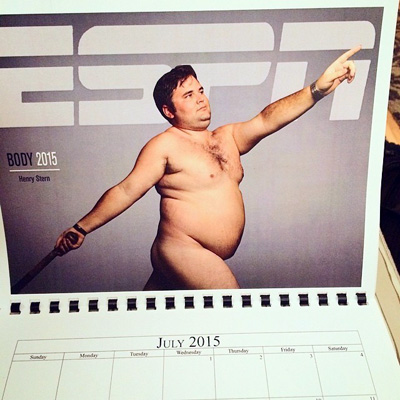 The Sports Illustrated Body Issue magazine has been marveled at since it started.  So in this punishment, the loser must recreate 12 photos from the current year of the Body Issue and turn the photos into a calendar for all league members.  The photos must be high quality and extremely accurate.  The loser must pay for the calendars and if necessary a photographer.

Some people will understand, and others won’t.

For anyone who has seen How I Met Your Mother, they will understand what the Playbook is and how hilarious this punishment will be.  For anyone who doesn’t know or needs a refresher look at this video here.

The league champ is allowed to pick any of the many ideas from The Playbook, and the owner who finished in last must do it.  If he or she is not successful in achieving the ultimate goal of The Playbook, then the owner must buy every owner a drink right before the last call.

The winner of the league gets to select any music video and the loser must do their best to recreate the video. It doesn’t end there.  The loser must then post whatever video they make to every social media platform they have without comment. The loser is also forbidden from responding to comments. Essentially, the league loser posts the video and then leaves it alone for all of the friends to see and comment on.

If your league does not have a mascot, this punishment gives you a reason to get one.  Go online, or to your closet, and get yourself a blow-up doll.  Name her Donna, Shiva, or something funny for your league.  Then after every season, the loser must take Donna on a date to a restaurant chosen by the league winner.  The loser must treat the Donna as a real person, so you don’t hurt her feelings, and order her food and a drink.  The rest of the league is encouraged to attend and sit at a different table.  This allows for photos and social media embarrassment.

I took this idea from the popular show Impractical Jokers. The loser must shave their eyebrows. After the eyebrows are gone, the loser must take a picture and set it as their profile picture until the draft next season.  This way, it’s the punishment that can always be remembered.

This article was co-written by Mitchell Renz and Derek Wiley