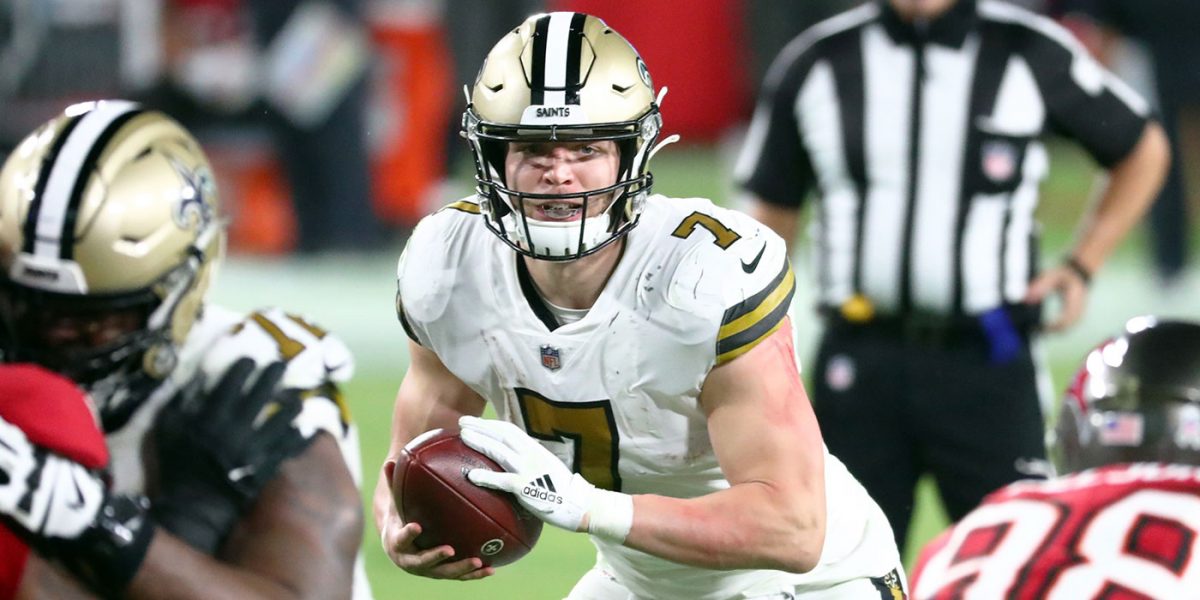 Week 1 is in the book. And it was weird. There were upsets and badly played games. There were injuries to major players. And through it all there were/are reactions that are just a bit too soon.

Calm Down… I’m going to help you get through this.

Taysom Hill is now a stud and should be picked up in every fantasy league.

Pump the brakes on this one:

Hill was on the field for 16 plays and blocked for ½ of them. He had four carries for 81 yards and a touchdown. Hill only ran four routes, averaging 20.2 yards per carry.

In the Saints second offensive drive, Hill went for 57 yards. In that same drive he had an 11-yard touchdown run. Really good use of his limited touches. But you aren’t elevating him to top three-tier fantasy tight end level.

Cordarrelle Patterson is back to 2021 form and should be picked up in every fantasy league.

You might want to pump the brakes on this one. Patterson was good. He finished the game with 25.6 fantasy points. He had 22 carries for 120 yards and one touchdown. He also had five targets,and  three receptions for 16 yards.

IF Williams cannot return from the injury, then the Patterson hype is warranted. But if William’s injury is minor this is an overreaction.

Williams is the man here.

This may not be an overreaction. Dallas quarterback Dak Prescott injured his hand in the fourth quarter. He will need surgery. That’s bad. But before the injury the Cowboys did not look good. Prescott finished was 14-of-29 for 134 yards with an interception and zero touchdowns. None of his receivers had more than 70 yards. The presumptive number one receiver Cee Dee Lamb had 11 targets. He finished with two receptions and 29 yards.

The Cowboys did not score a touchdown. They lost the game 19-3.

Now the Cowboys will be without their top offensive weapon for maybe 6-8 weeks. So yeah, maybe they are done.

Lance had a rough first start in Chicago and in the torrential rain. In his first game this season, away from home, as a starter, Lance went 13-of-28 for 154 yards and an interception.

Those rushing yards you were counting on, accounted for 54 yards on 13 carries.

He was without George Kittle at Soldier Field in a monsoon (okay just a torrential rain). His counterpart Justin Fields attempted 17 total passes. He completed eight for 121 yards, two touchdowns and an interception. He also only ran for 28 yards on 11 carries.

To the winner goes the spoils. Calling for Lance’s head is a bit premature.

The Los Angeles Rams lost the game 31-10. Nobody had a good day.

It wasn’t a good day all around for anyone in on the Rams side of the field.

Head coach Sean McVay has blamed Akers for his lack of playing time. Henderson played every snap in the first quarter. While Akers opportunity came in the second quarter with only three touches.

It is hard to predict how McVay will use his running backs or if Akers will get out of the ‘proverbial doghouse’. But it is only game one of the season, way too early to give up on Akers.

DON’T PANIC – It’s only Week 1. Can we just agree it’s way too early to overreact? Unless you are a Dallas Cowboy fan…then go crazy.