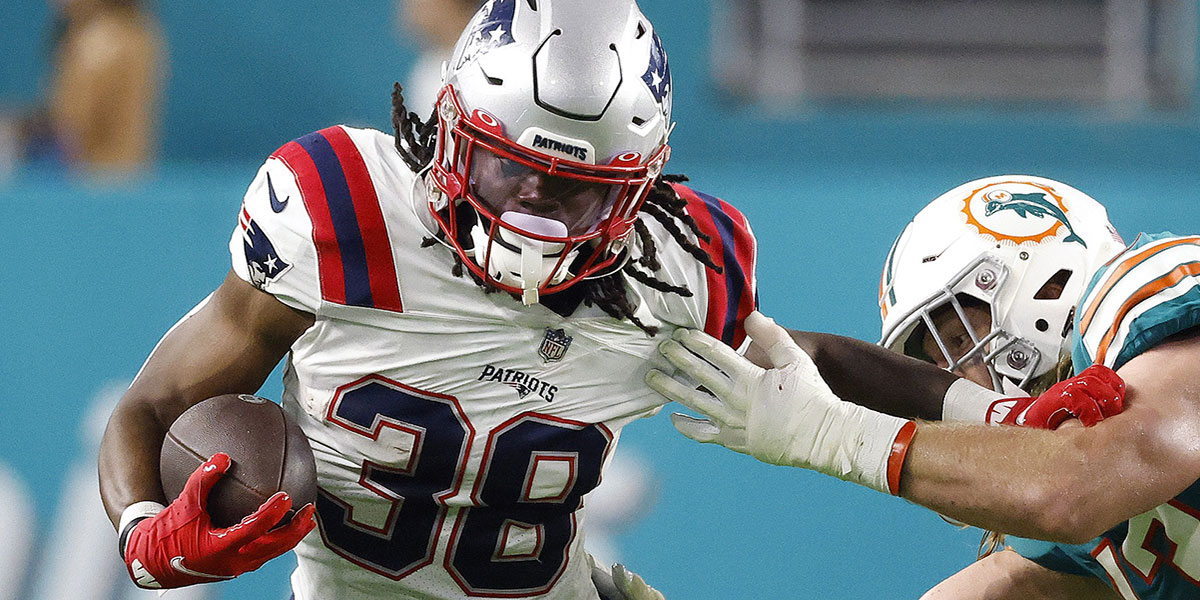 The NFL trade deadline came and went on November first, and it sure shook some things up for fantasy. The fantasy football trade deadline is in the not-so-distant future for many leagues, and now’s the time to figure everything out for your roster before that happens. Today, we will take an in-depth look at four players who are on an upward trajectory that you should look to buy and four players who are trending downward that you should look to sell in your fantasy football leagues:

The fantasy football community as a whole has been unfair to Antonio Gibson. He was essentially written off with the return of Brian Robinson Jr., and he still hasn’t seemed to get the respect he deserves for playing well the past few weeks. He has gotten over 75 all-purpose yards and a touchdown in each of his last two games, and he has proven to be an asset in the passing game. He still hasn’t gotten the recognition he deserves, and that makes for a great opportunity to buy him low before people catch on to his production.

Andrews was incredible to start the season this year, but he has burned fantasy managers two weeks in a row now. He scored less than seven points in both of his last two outings and has been dealing with various injuries that have sidelined him at practice and limited him in recent games. Managers of the star tight end are starting to get frustrated for the first time this season, and that opens an interesting buying window for him. His price still won’t be cheap, but he is one of the only elite tight ends in all of fantasy football and will be a true difference-maker for the rest of the season.

Kirk hasn’t produced as much as fantasy managers had hoped the last couple of weeks. He hasn’t had a 100-yard game or scored a touchdown recently, and he seems due for a big game soon. He has proven to be the locked-and-loaded WR1 for this team, and his targets will continue to reflect that for the rest of the season. His stock has seen a drop with his underwhelming performances the past two weeks, and now’s a good time to buy the veteran receiver at his relatively affordable price.

Patterson’s 21-day practice window opened up on Wednesday, indicating that the veteran gadget-guy will be available to return from IR in the near future. He was playing pretty well before getting injured earlier this season, and he will look to pick up where he left off whenever he is able to return in the coming weeks. Atlanta’s offense has looked more potent in the last few weeks than it did early on in the year, and he will have more opportunities to score in this improving offense. His price is a little higher now with the news of his return to practice, but his price is still low enough to justify buying him in PPR formats.

Foreman has been a great story this season, taking over and playing exceptionally well after the team traded star RB Christian McCaffrey to the San Francisco 49ers. He scored a pair of touchdowns last week, and he played a big role in the team’s close loss to the Atlanta Falcons. The problem with his production is that it likely isn’t sustainable. He has been the only serviceable running back in this backfield recently, but that will change with the imminent return of Chuba Hubbard. Carolina’s offense has also been overproducing the past few weeks relative to how they played earlier on in the year. He is bound to see less work and less scoring opportunities, and that makes him a sell-high candidate after a couple great weeks.

I’ve been adamant about this one for a couple weeks now, and I’m doubling-down on it. He was able to salvage his outing on Thursday thanks to a touchdown he got on the goal line, but he was unimpressive otherwise. He didn’t record double-digit carries, and rookie Rachaad White continues to get more involved every week. Tampa Bay’s offense has also been underwhelming, and they won’t be able to put the veteran RB in a position to score consistently. When you pair these factors together, you see that Fournette likely won’t sustain his production without the quality workload that he saw all of last year, and now is a good time to sell-high on him while he still holds high-end value.

Aiyuk has been able to string together a few nice weeks in a row, partly due to the fact that Deebo Samuel has been injured. He’s played pretty well, but I don’t think he’s going to be able to remain consistent. The 49ers’ offense will be stacked when Samuel is back, pairing him with star tight end George Kittle and newly-acquired superstar RB Christian McCaffrey in a Kyle Shanahan-led system. This is good for San Francisco’s offense as a whole, but it isn’t good for Aiyuk, who will likely be the fourth option on the offense. Cash in on his talent and recent production before his value takes a nose dive in the coming weeks.

Stevenson has been terrific over the past few weeks, and he certainly isn’t a must trade player. Him being a sell has more to do with me not trusting New England’s offense than his actual talent as a player. He took his first initial step up in fantasy when Damien Harris went down with a hamstring injury. The veteran RB has since returned, and he will look to get more involved in the coming weeks. Stevenson has been a great fantasy asset recently, but I would look to trade him at the right price for a back that’s in a more reliable system.