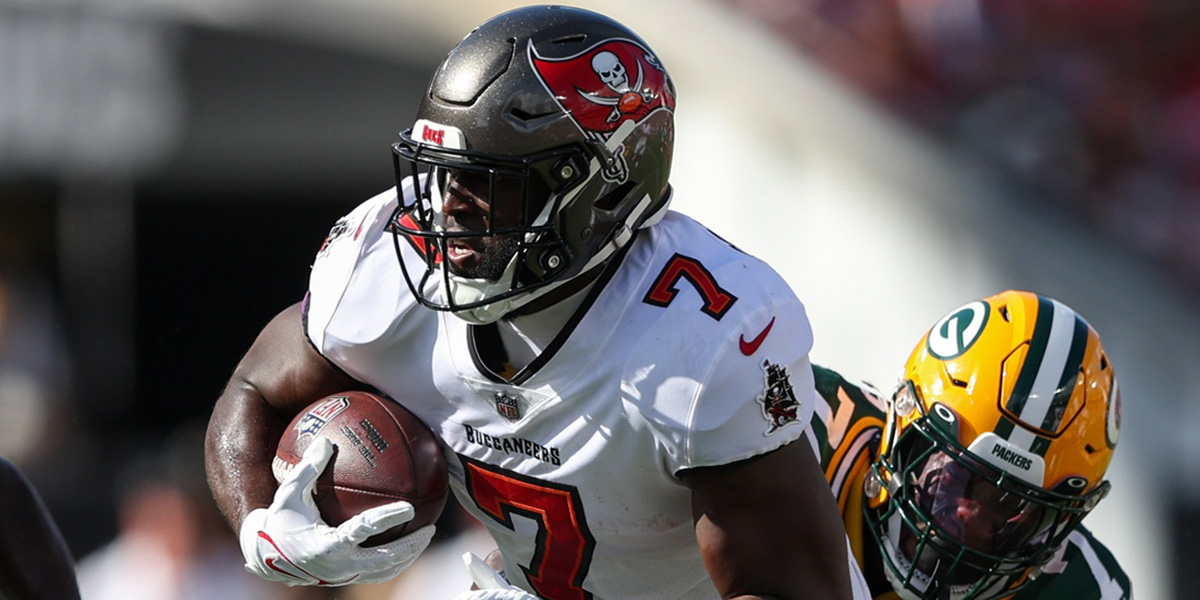 We are officially one-sixth of the way done with the regular season after Week 3, and many things can be learned from this chunk of time. We now have a good idea of who’s good and who’s not, but some people may have slipped through the cracks.

Dalvin Cook has certainly not delivered on his expectations so far this season for a player with a first-round ADP in most leagues. However, I don’t expect this shaky start to continue. Cook left the game last week with a dislocated shoulder, but the good news is the team doesn’t think it’s serious, and he should have a good shot at playing in Week 4. Before he left the game against Detroit, Cook looked great. He rushed for 96 yards and a touchdown on 17 carries in the first three quarters in Week 3, looking like the guy fantasy managers thought they drafted in the first round. This discount won’t hold for long. Go snag one of the best running backs in the league. – Will Holtz

Fantasy managers of Fournette haven’t had a very lucky season so far. He gets the bulk of the work in the offense, but he hasn’t found his rhythm or the end zone yet. He has gone to social media to promise more touchdowns and fantasy points for the future, which looks true with the workload he receives. His value is as low right now as it is likely going to get, and he should bounce back shortly. – Leo Sells

Volume is king in fantasy football. If there’s one thing you count on Leonard Fournette to get, it’s volume. Over the first three games of the season, Fournette has carried the ball 57 times which is the fourth most in the NFL. This includes last week in which he only had 12 attempts, largely due to a negative game script. I don’t expect Tampa Bay to be trailing in games as much as they have early on. Fournette is the clear-cut, bell-cow back on a good football team that will get better as the season goes along. Touchdowns will come. Don’t believe me? Just ask him. – Will Holtz

Kareem Hunt has quietly been a solid fantasy option so far this season. He isn’t a workhorse back by any means, but he has a solid baseline in PPR leagues and good game-to-game upside. Nick Chubb will continue to get the bulk of the carries in the offense, but if anything were to happen to him, Hunt would immediately step in as the bell-cow back for the offense. Any fantasy team that is thin at running back should look to make a move for Hunt as a value play at the position. – Leo Sells

It would be an understatement to say it has been a weird start to the season for Alvin Kamara. From the rib injury to the questionable quarterback play from Jameis Winston, the 27-year-old running back has seen better situations in the past. With that being said, Kamara is an elite talent on a team that could use elite talent to win games. Kamara is game-script-proof as he serves as one of the better pass catchers from the backfield. Once he’s healthy, New Orleans will have to lean on their best player. Better days are ahead for the five-time Pro Bowler. – Will Holtz

Davis has had an unfortunate ankle sprain that forced him to miss Week 2, and while he did play Week 3, he was clearly limited. He hasn’t had much to show for fantasy points the last two weeks, and Davis managers may be starting to panic. He should get healthy with another week of rest and return to being on the field for more than 90% of snaps like he was before. Go get Davis before he explodes in the coming weeks. – Leo Sells

While his Week 3 performance might have been impressive on the surface, I don’t see Devin Singletary’s outing to be anything more than a blip on the radar. The Buffalo running back saw a career-high 11 targets while catching a career-high eight passes for a career-high 78 receiving yards. Don’t expect this to continue. Singletary has never been able to get consistent touches in a Bills offense that finds a new favorite player to use every week. It’s best to use this spike performance for some trade bait in areas you need to be filled. – Will Holtz

Amari Cooper has been one of the more surprising players this year, coming out and having impressive performances in Weeks 2 and 3. He has looked sharp, but the offense he’s on will make him tough to lock in for the rest of the season. He is still very talented, but with Jacoby Brissett at the helm, he’ll be tough to trust. His value is inflated right now because of the good stretch he’s on, so you should look to sell him high now – Leo Sells

Gibson started the season with a nice Week 1, but he’s been fighting to keep his head above water ever since then. His fantasy points have decreased in every game he’s played this year, and he narrowly avoided fully busting last week with a garbage-time touchdown that saved his day. On top of all this, we saw Brian Robinson back running routes before the game, which could indicate that he will be back sooner rather than later. Now’s the best time to hop off of the Gibson hype train while you can still get value for the young back. – Leo Sells

This might be the most obvious “sell high” player in fantasy football right now. Through the first three games, Antonio Gibson has either gotten enough volume in the passing game to save his PPR performance or saved face with a touchdown. His numbers have been slowly declining each week, seeing less and less work through the air. This limits him to early down work and touchdown dependency. What makes matters worse is that his inevitable successor, Brian Robinson Jr., is on track to return and take over Washington’s starting job. Gibson’s fantasy stock is trending in the wrong direction, and some might not catch it due to his fluky stats. Send him to a running back-needy team and try to get some value in return while you can. – Will Holtz

This one might be a little bit of a cheap shot, with Swift now being hurt and expected to miss a few weeks. However, that isn’t the only reason to go out and see what you can get for the stud running back. He has been good when he’s played, but we’ve some concerning trends around him with his usage at the goal line and in other short-yardage situations. The Lions prefer to use Jamaal Williams on the goal line, which is a significant blow to the potential upside for Swift. It may not be easy to part with a star player, but it’s worth seeing what kind of a haul you can get for the Georgia product. – Leo Sells

Who would have guessed that the Washinton Commanders, led by Carson Wentz, would be able to support three fantasy-relevant wide receivers? Moreover, who expected Terry McLaurin to be nine targets behind the team leader through three weeks? McLaurin has delivered on his targets, but that’s not the problem. The problem is how often Wentz spreads the ball around. If he had a favorite pass catcher, it would be Curtis Samuel who has seen a team-leading 30 targets while showing no signs of losing that target share anytime soon. Considering the number of targets Samuel is receiving and the red zone efficiency of standout rookie Jahan Dotson, McLaurin might be the odd man out. Sell the name and the recent performances for a player with more long-term value and higher upside. – Will Holtz

This article was written as a group effort by our team. Make sure you bookmark Gridiron Experts today to stay update on all our content!