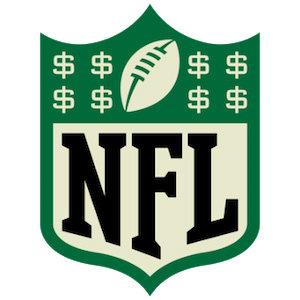 Until a few years ago I had not participated in an auction draft league. To be honest, they scared me. I had no idea how to utilize my budget or the strategies behind who to nominate. I would stare at auction leagues and tell myself, “those are dumb drafts and they aren’t as good as snake drafts,” just to make myself feel better for not trying them out. Then one day it finally happened. I got invited to join an auction league and I accepted. I did some quick research but not enough and entered the draft unprepared and that led to a 5-8 finish and 7th place.

Year’s later, I’m more skilled and experienced in the Fantasy Auction format and feel confident I can guide just about anyone into building a winning team.

I am here today to make sure that you don’t suffer the same fate I did when first starting out. The following are some Fantasy Football Auction Draft Strategy tips to help you in your auction drafts in 2018.

Most auction drafts have every team start with a $200 bankroll. It’s important to know your league rules and to watch out for any interesting twists. A different cap size drastically changes player values.

Roster construction also matters in terms of player value. The more starting spots will change the value of players. A league with fewer roster spots or starter spots will allow you to spend more money on certain positions. Being cognizant of the league settings is crucial to building a team that finishes 9-4 instead of 4-9.

One of the most difficult things for me to understand when I first got started was how to budget for each position. Assuming this is standard roster construction of 1QB, 2RB, 3WR, 1TE, 1Flex, 1D/ST, 1K and 6Bench spots, I am devoting about 85% of my budget to running back and wide receiver. From there I am splitting the $170 for backs and receivers. You have to determine if you would prefer to draft receiver heavier or running back heavier. Split the money about 60/40. $100 for RB or WR and $70 for the other position.

With the $30 of remaining cap space, only spend $1 on a kicker and at most $2 on D/ST (if required by your league, otherwise use the waiver wire). This is going to leave me with about $27 for TE and QB. That remaining $27 can be split between TE and QB however you see fit. I would be willing to spend a little more on TE this year and less on QB due to the depth of the positions.

Buying into putting players into tiers was not something I did for snake drafts, however, I find it crucial to use for auction drafts. By placing players into tiers it allows you to determine the amount you are willing to spend on a tier. This not only keeps you within your budget, but it allows you to determine players with similar values and helps with finding deals during the draft. I personally separate the tiers by position as well. Tiering by position allows for better organization and easier readability while the clock is ticking.

Don’t Be Afraid To Be Aggressive

Early in the draft people tend to play it safer to see where money is going to be spent. Don’t be afraid to be aggressive early in the draft and take the players you want. Some of the best deals are found at the beginning of the draft.

It is also ok to overspend on a player as long as you are not going way over your allotted budget. If you are bidding on Mike Evans and you think you can grab him for a few dollars more than your budget, get him. Just be prepared to spend less somewhere else.

That brings me to everyone favorite school subject, math.

Keep your pencil and paper handy throughout the entire draft. As you spend more or less than what you had budgeted, make changes at other positions. The last thing you want to do is leave the draft with money remaining. If you have $10 left when the draft is over meant you played it too safe. If you would have been willing to spend $5 more on Antonio Brown, he would have been yours. Spending $3 more could have gotten you Kirk Cousins instead of Patrick Mahomes.  Keep track of your spending so you know when you can spend up.

In my opinion, this is the most underrated part of a Fantasy Football auction draft. There are specific strategies here that get people to spend more money than they should and every dollar counts. I am always that guy that will nominate kickers and defenses. Undoubtedly, someone will spend more than $1 on a kicker or more than $2 on a defense. This is now money that they no longer have to bid on players that you want. Should you nominate a kicker or defense and get them for $1, do not nominate another one. This will prevent you from ending up with multiple.

Another nomination strategy is to nominate players that you do not want to bid on. This is also going to get people to spend money on players you don’t want. The name of the game is getting your opponents to spend money. The more money spent by other players means the less money they have to bid on players you want.

Pay attention to the draft the entire time. Do you have to use the bathroom? Take your phone or computer with you. If you lose focus or don’t pay attention, you may miss your opportunity to get a huge deal on a player. I will say it again, every dollar counts. Saving $3-$4 on a player could be the difference between being able to draft David Johnson.

Everyone goes into a fantasy football auction excited to bid on the studs, but sometimes it’s best to let the other league owners throw their money around and take your shots on the lesser players of each tier. This introduces some sub-categories for auction tips. First, feel free to nominate expensive players you don’t want early to get some money off the table. You feel like spending next to nothing on a tight end? Throw Rob Gronkowski out there and watch the bids fly.

Second, nominate players on the lower end of the tier before the studs are gone. This happens in every draft where a lesser player goes for more than a stud because he is viewed as the last quality player in a tier.

For example, let’s say, Aaron Rodgers, Russell Wilson, and Tom Brady are all off the board. Don’t be surprised if some owner -who views Drew Brees as the only elite QB left- decides to spend big bucks to secure him. On the other hand, if you nominated Brees as the first quarterback he most likely goes for a discount rate.