Gridiron Experts is running another freeroll contest at Fanduel for week 3. FanDuel has fantasy football leagues last just one week. With instant cash payouts and a brand new teams every single week of the season – Fanduel takes fantasy football fun to a whole new level.

Not only that.. get some advice on great bargain players for the game.

Even though he is the most expensive QB to use this week,  Drew Bress has a phenomenal match up against the Chiefs.  At $9500 he will use up a good chunk of your salary cap, but with some bargains at other positions he should be worth it.

The best of the elite QBs this week is Robert Griffin III. Yes, after only two weeks he garners an elite price tag.  With a great match-up at home against the Bengals, he should score quite a few points for your team.  Also costing $8500, he will save you some coin to use for other positions.

Going for $7000, Andrew Luck should score some decent points at home against the Jags. I don’t feel he will be as productive as Bress or RG3 but using that money you saved by picking Luck can be well spent on other positions.

For a mid-range QB, Jay Cutler is your best value.  After a very disappointing performance against the Pack, Cutler and the Bears should bounce back in a big way at home this week vs the Rams.  For $300 less than Luck, Cutler should be more productive.

Going against what I feel is the worst defense in the NFL, Matt Cassel has a great match-up against the sorry Saints.  The Saints are tied with the Chiefs for the most points given up through the first two weeks. With a $3400 difference compared to Brees, Cassel could be a great value pick.

I really like LeSean McCoy going against an average Cardinals defense. So far the Cardinals have given up an average of over 100 yards a game. Also keep in mind that this is a .5pt PPR, which also adds value to McCoy. With all the weapons the Eagles have it’s very hard to key on just one guy. As an elite RB McCoy is a bargain at $8500, and is $1200 cheaper than Foster, plus he has a better match-up this week. For a touch less than McCoy; MJD, and Richardson also have good match-ups as well.

It might be hard to do, but a CJ Spiller, LeSean McCoy tandem at RB would be very powerful to say the least. Playing against a Browns defense that is missing its best player in Joe Hayden, opens the field more Spiller to run free.  For the elite price tag RBs, Spiller is the most cost effective of the group.

For $6300 Fanduel dollars you can get Michael Bush.  He will be called into full time duty this week because of the injury to Matt Forte. Bush has been in this roll before and filled in quite well when he was subbing for McFadden last year.  The Rams are an improved but not great defense, so Bush should have a very solid day.  Another nice mid-range choice this week is Alfred Morris going against the Bengals.

Donald Brown has been pretty quiet so far this year. Running against Jags a defense that hasn’t stopped anyone so far this year Brown should have a huge day.  For just $5500 he could serve as a great second RB if you have spent your money elsewhere.

If you went the way of bargain shopping at QB or RB you possibly saved enough FanDuel Dollars to pick Calvin Johnson this week. Already allowing 72 points this year, the Titans D has been anything but Titan.  Even at $8200 Megatron might be the best buy of the week.

If you are a fan of the “Hook Up”, grabbing Dwayne Bowe and Matt Cassel should be a great tandem this week.  The Saints vs the Chiefs game is not going to be a defensive struggle.  Bowe could easily have another two TD game, and for $6700 he would make a great number two receiver. For the same price at WR, you could also play the “Hook Up” game with Cutler and Brandon Marshall.

A guy that has come up pretty big so far early in the season is Donnie Avery. The Jags are better on defense against the pass but are still not that good.  At a very cheap $5100, Avery will serve as a solid number three WR if your in a money crunch. 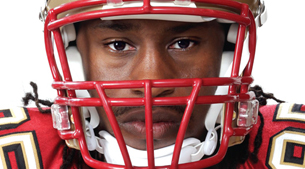 Almost every week when I’m choosing my team I select an elite TE. Depending on the match-up I normally take Graham or Gronkowski.  They are both a little pricy at $7600 and $7900 respectively, but for what they both normally produce, they are worth it.

Vernon Davis and Tony Gonzalez are both less expensive, especially Gonzalez , who only costs a mere $5400.  Both are averaging close to the same numbers so far this year, but it is only week three, so I will be keeping an eye on that.  If either of them continue on that pace, I would consider using them depending on how the budget shakes out.

I would add Martellus Bennett to this list but he played Thursday night, so another guy moving up the charts quickly is the Ravens Dennis Pitta. So if your not one to spend big dollars on a TE, then Pitta is your man.  At a messily $4800, Pitta is a bargain to say the least.

A kicker will cost you anywhere from $5000 to $5500, and that $500 difference can be huge. You need to look at a guy with a consistently good average, and a nice match-up.  That guy this week is Justin Tucker, the rookie kicker for Baltimore has been lights out.  He has a big leg, and should get plenty of chances facing the Patriots, and for $5200 he is a bargain when it comes to kickers.

There is only a $400 difference this week on FanDuel between any defense you want to choose.  This is not a position that you need to gamble on, take a solid defense and move on. Both the Bears and 49ers at  $5400 should be great plays, and if you need a couple of hundred dollars to spend elsewhere, the Steelers are playing a disappointing Raiders team will cost you only $5100.

Click here to play in our Week 3 Freeroll contest