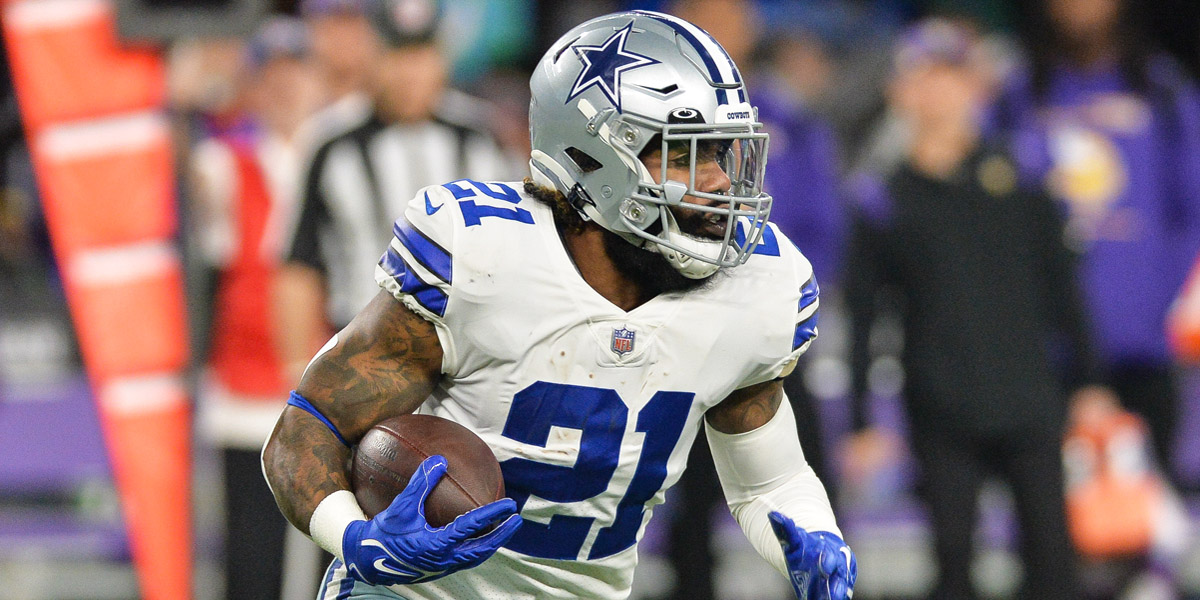 Ezekiel Elliott is one of the more polarizing players in fantasy football when it comes to assessing his draft value this season. He’s currently the 17th RB off the board and the 30th player overall, putting him squarely in the middle of the third round. We have him ranked a little higher in our Gridiron Rankings (14th RB/28th overall), so we like him as a third-round value.

The argument against Zeke is his declining year-over-year numbers coupled with the ascension of Tony Pollard. His rushing yards per game have decreased every year since he entered the NFL. His receptions also dropped for the fourth year in a row. But, he still rushed for over 1,000 yards and scored 10 rushing touchdowns last season. Due to his usage, Zeke still has a safe floor even if he no longer possesses the high-upside owners crave.

Zeke is 27 this season, which is a concern for owners who would rather be a year too early than a year too late when drafting an RB. The Fantasy Footballers published a study concluding an RB’s most productive years fall within the 24 to 28 age range. When you consider Elliott had more PPR fantasy points per touch last season than Derrick Henry, Najee Harris, and Dalvin Cook, I’m confident he has at least one more productive year in him.

Elliott was off to a fast start last season and was a legitimate RB1 candidate. He averaged 19.1 points per game through the first five weeks of the season, a pace that would have made him the overall RB3 at the end of the year. Unfortunately, he partially tore his PCL and his efficiency numbers dropped drastically while he played through the injury. Elliott still finished 7th overall at the RB position in PPR scoring. Throughout his career, he’s shown incredible durability and has only missed one game because of an injury.

Zeke recently told reporters, “It definitely limited my burst. And I think just the stiffness, keeping it warm on the sideline, but mostly just the burst. … I think it was definitely different from week to week, and also kind of relied on if I got hit on my knee or not. So, I mean, just game to game, week to week, how much I got hit in it.” Elliott says he’s 100% healthy at the start of training camp.

I’m somewhat concerned about his targets dropping from 4.9 per game in 2020 down to 3.8 last season, though.  At the same time, Tony Pollard’s targets rose slightly from 2.5 in 2020 to 3.1 in 2021 and went up even higher to 4 targets per game over the second half of the season. The good news is Elliott is still the first option when it comes to rushing attempts, averaging 13.9 per game versus 8.7 for Pollard and finishing with the 7th most rushing attempts in the league. He out-snapped Pollard 66%-35%. In fantasy football, volume is king and Zeke is wearing the crown. According to Jerry Jones, Zeke will continue to be the feature back.

Another point in Elliott’s favor is the Cowboys’ offensive line, which finished as PFF’s top-ranked unit in 2021 and is expected to once again be among the NFL’s best this season, despite the loss of Connor Williams and La’el Collins. The oddsmakers also like Dallas, setting their win total at 10.5. This means they’re likely to see a lot of positive game scripts which generally result in more rushing attempts. All good news for Zeke owners. 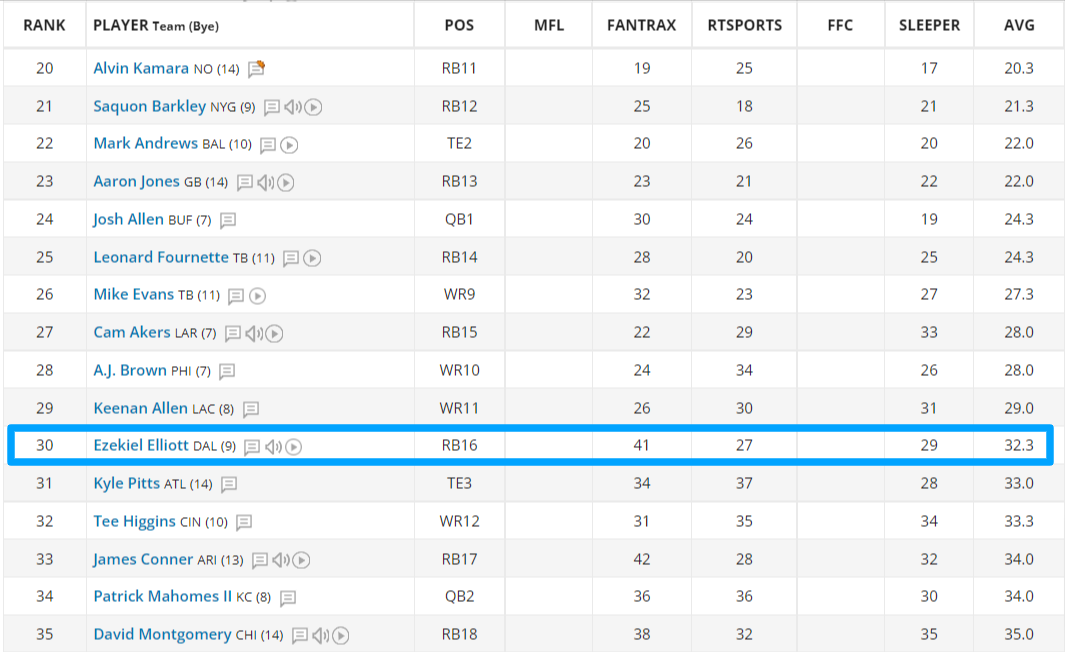 Should Zeke be drafted in the 3rd round of fantasy drafts? It depends. If I start my draft with an RB in rounds 1 or 2, then I’ll probably pass on Elliott in the 3rd round and look to secure a WR or TE with league-winning upside that Elliott probably doesn’t possess anymore. But, if I start WR-WR or WR-TE, I’d feel good about drafting him there. His safe floor makes him an appealing pick you can pair with a high-upside back like Chase Edmonds or A.J. Dillon a few rounds later. If he falls to the 4th round, then he could be the steal of the draft. Zeke will have plenty of opportunities to be fed this season in the high-scoring Dallas offense, so don’t avoid taking a shot on him on draft day.