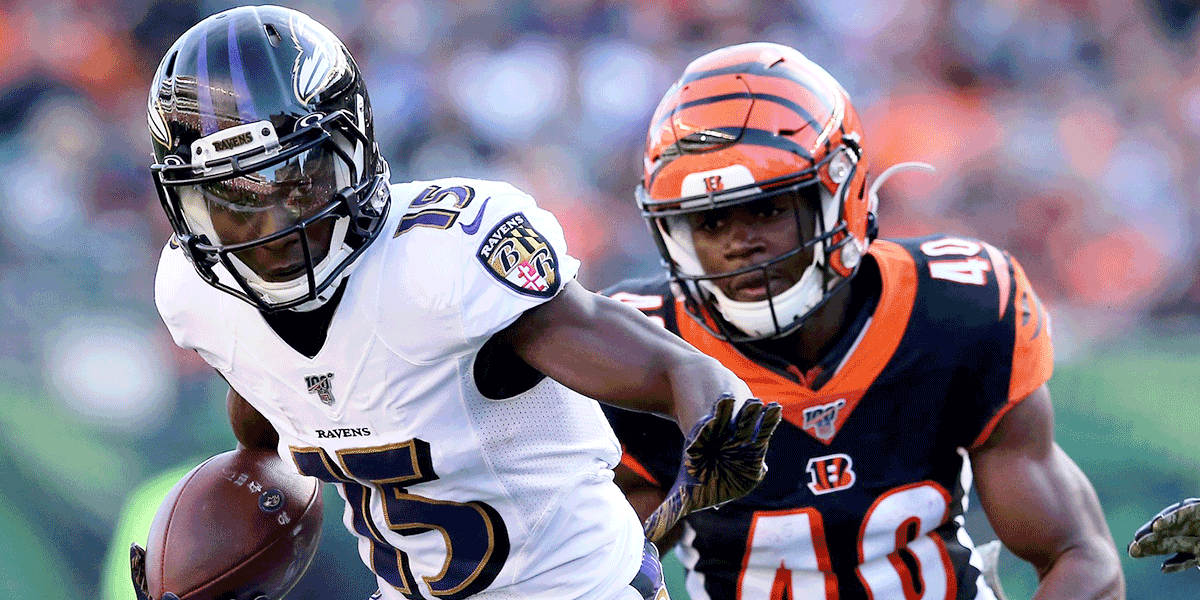 There are many Dynasty strategies for startup drafts. However, the problem with most them is they’re geared towards sticking to a strict blueprint or telling you to ignore player positions altogether. A smart GM doesn’t eliminate options just because they are following a plan. If someone that can help you win games is there, you take him to make your team better, or you get beat by an owner that swooped in to get him after you let him go. One of the strategies that seem to work most often is to collect talent, so you have the highest chance to win week in and week out. Going with the best player available strategy where you are picking players that give you the best chance to win your league year one. I choose to avoid picking players based on their position related to how many players I already have at their position.

Focus on Value of Production

One of the first things you need to evaluate regardless of strategy is “what is the value of production you are going to get from the players this year?” This idea doesn’t lock you into rookies or veterans; it has you taking the best player for you at the slot you are picking. I know it’s a dynasty, and some of you might be saying, “wait shouldn’t the strategy be to focus on the younger players?” That is one of the common mistakes new GMs make, focusing on only younger players. Saying you need to focus on both is a better way to look at things but is still not entirely correct. Your concern needs to be what your production will be this year and maybe next year. Remember you are in win-now mode, but you want value overproduction after the first year because then you can move assets and rebuild while the value of your assets is at their highest point.

Always keep in mind you are trying to draft value. Looking at it in more detail, what you should draft is a player with high upside and if possible a high ceiling. Part of maximizing your value is reducing your risk. Picking the players with the chance to turn in high production as soon as you can give you the best chance to take home your league’s trophy year one. This does not mean just high profile rookies or young players, it also refers to players who have switched teams, players with new Offensive Coordinators looking to upgrade their offense and breakout players who are ready for their time in the spotlight.

As much as a Dynasty GM needs to maximize value and production, he can’t rely on only a couple of tools. A successful GM will also trust his gut. When you go into your startup with the plan of “win now” you have to stick to your guns and trust your gut. You have to believe in your plan and see it through so that the players you are targeting and drafting will give you a lineup that you can ride to the championship. Along the way to assembling your roster, there are going to be things that happen that are unexpected. Players will slip past there ADP. Players will be taken way ahead of where they should be. Remember, you are building a roster with one intent, winning the championship year one! ADP rankings, while beneficial, are still tied mostly to what the player has done lately. A successful GM is able to project who is going to break out and who is going to fall and will be able to put themselves in a position to capitalize on it.

Trusting yourself is key, but it is also important to be flexible so you can take advantage of mistakes that the other GMs are making ahead of you. When they value a player’s performance from last year a little too much that means a player that shouldn’t slide will now have a better chance to be there when you pick. You might have a certain player in mind and you are waiting to pull the trigger on him when two spots ahead of you a GM goes with a highly touted rookie over a player who has performed consistently for the past three years. Now you have to look at your plan and evaluate if this new option is better than the one you had qued up to pick. Which reminds me, be cautious of startup drafts that include rookies. It’s not a bad thing but they usually go higher than they should and based on the strategy we are discussing, you want to only worry about the can’t miss Saquon Barkley types. There must be a balance of trusting in your plan but remaining flexible to other options that might give you a better chance of success.

Some GMs might subscribe to the strategy of accumulating draft picks to gain a better chance of hitting on their picks. If a person intentionally builds their team to be bad for the first four years, use that against them. They might be willing to trade down for a couple of your picks allowing you to jump up and get a player who will help you win this year. If you see a benefit to trading, don’t dismiss it as an option. Yes, you will be forfeiting chances to select players, but what you are doing is trading up to get an immediate benefit as opposed to setting yourself up for the future. Take any advantage the other GMs will give to you. One of my favorite quotes was famously used by the legendary World Series of Poker Champion Doyle Brunson, “A fool and his money are soon parted.” Don’t feel bad if other people are giving you an advantage. Just stick with your plan and use any means necessary to win your championship.

At first, this strategy might seem to parallel the plan one might enact during a redraft league draft and that is intentional because you are trying to take home the hardware in year one. If you gain enough production from your team and are able to combine it with enough youth and breakout players, you might have even built yourself a team that can repeat or takes down several championships in the first half a decade. That should be the goal, to win it every year! Playing your cards right in the startup can certainly put you on the path to winning more than you are losing.