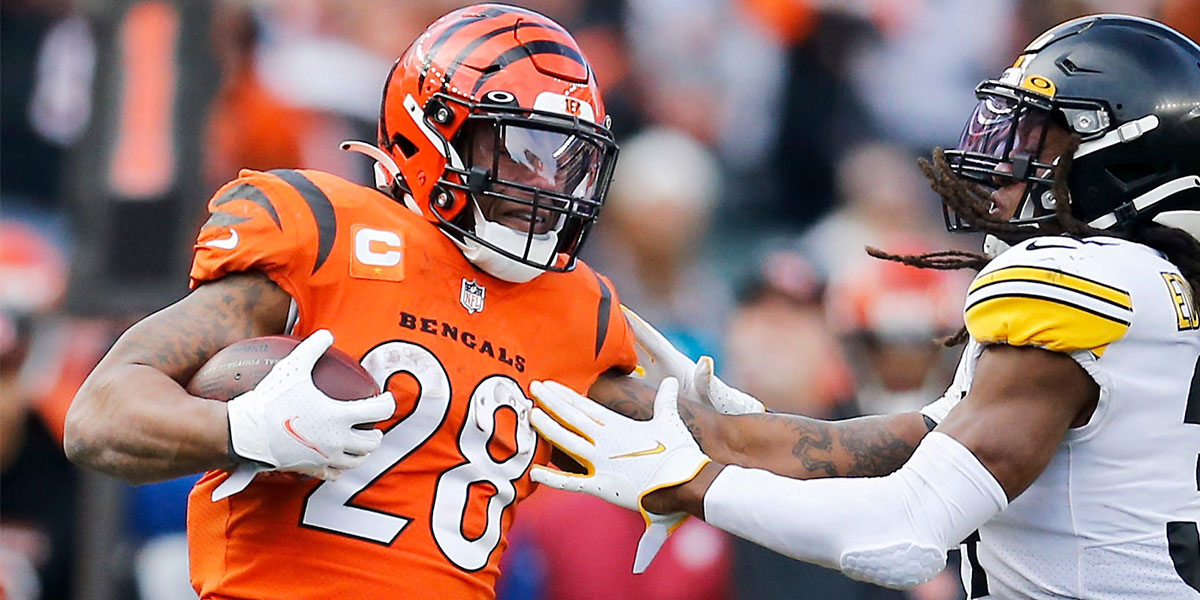 Last week was borderline ridiculous. The two main slate games went under (one by so many points!). There was three major underdog wins in New York Jets, the New York Giants, and the Pittsburgh Steelers. And look at the construction of the Milli Maker winner. Awesome stuff, baby, I say as I channel my inner Dick Vitale.

So Week 6 winner of the DraftKings Milli Maker had the following lineup.

This has been such a crazy season so far. This win had almost complete contrarian plays, unlike the winner two weeks ago, who went almost all chalk.

So, you see, it is anybody’s game.

This week the following teams are on a bye: Buffalo Bills, Los Angeles Rams, Minnesota Vikings, and the Philadelphia Eagles. There will be 11 teams on the main slate, as the New Orleans Saints and Arizona Cardinals play on Thursday and the Chicago Bears and New England Patriots play on Monday.

Prescott is coming back from his thumb injury at the best of times. This matchup against the Lions screams welcomes back. This game has the second-highest projected total, with Dallas expected to score four touchdowns and some change.

This is good because games involving the Lions are averaging a league-high 62 combined points.

The Lions’ defense allows a league-high 50.8% third-down conversions, 38.4% of passing plays against the Lions’ defense have ended up in first downs or a touchdown (league-high), and they allow opposing quarterback 7.9 yards per pass attempts (29th).

Last week Ryan attempted a season-high 58 passes. That was 11% above expectations. The week before, they were 4% below expectation on their pass attempts.

Whether this was a trend or an anomaly is too soon to tell. We know that the Titans are giving up 8.5 yards per attempt (32nd in the league) and have allowed a 6.7% touchdown rate.

His 12 touches last week were a season low, but his five targets were the third most in six games and included a touchdown.

Mixon hits all the criteria in a game that the Bengals should dominate low-owned, dominant running back, high-scoring game at home with an overwhelming favorite.

I honestly thought that Jacobs would be higher than this. He will be chalk, and for a good reason. The Texans are allowing a gain of 20 or more yards once every 12.3 plays, the highest mark in the league. On average, they are giving up 23.2 fantasy points per game to the running back position. That is the second-most in the league, and they have allowed five running back rushing touchdowns and one receiving touchdown from the running back position in six games in the season.

In his last two games, Jacobs has been on the field for less than 83.9% of the offensive snaps. He has scored 34.5 and 30.3 fantasy points, respectively. His 91 carries are ninth in the league, and his 16 red zone touches are 10th.

Jacobs is the 11th price running back, and his expected DKFP is 20.6.

Last week Dobbins left the game with a knee injury. Drake was on the field for a 58% snap share and finished the game with 119 rushing yards and a touchdown.

The Buccaneers’ offense disappointed last week in what should have been a smash spot against a depleted Pittsburgh Steelers secondary. This will make some leery of utilizing Evans in what should be another smash spot.

Carolina is in a virtually free-fall, and although their defense has played admirably, it is asking a lot from a unit that spends too much time on the field because of their inept offense.

Donte Jackson will most likely shadow Evans. Jackson, while good, is at a size disadvantage against Evans. Evans went against him last year in Week 18 and scored two touchdowns and 89 yards on six receptions.

Most will be on CeeDee Lamb (which is great for cash) but for tournament plays, let’s pivot to Gallup. Gallup’s salary has increased by $500, but he is still affordable (especially if you stack him with Prescott).

The Lions’ defense ranks 25th against wide receivers. They are giving up an average of 11.9 fantasy points to the slot receivers and 21.7 fantasy points to receivers out wide. Per Pro Football Focus, Gallup spends less than 10% of his snaps in the slot. He primarily plays outside, where the Lions are most vulnerable. It will also help that Jeff Okudah will spend most of his time shadowing Lamb.

First, although Renfrow practiced Wednesday, he did not practice Thursday, so it is something to monitor.

The Raiders’ expected game total is 26.25 for this game. They will be without the services of Darren Waller and possibly Matt Hollins.