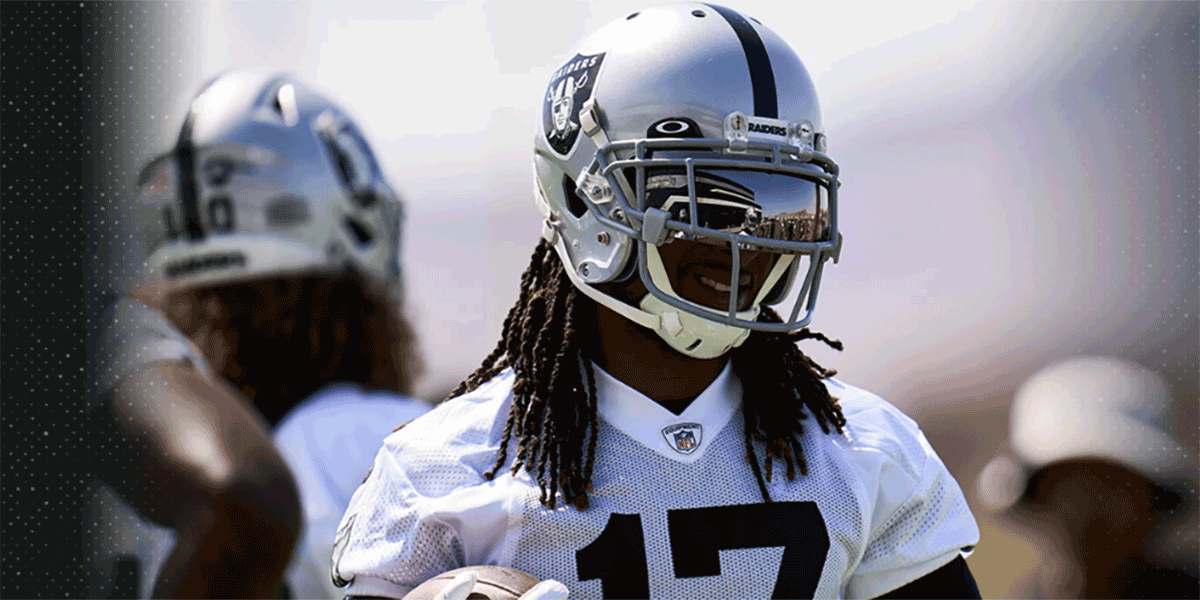 It is Week 2 and the fantasy season is a go. If you are playing DFS Week 1 was… uh interesting. This week (if the Thursday Night game is any indication) things appear to be going as planned. That’s not always good.

DFS large tournament wins usually depend on one or two things not going entirely as predicted. This particular article is for the Sunday main slate in DraftKings GPP tournaments.

This Sunday the main slate has 12 games. If you’ve been looking at NFL Picks or Sportsbooks odds, you’d know that the highest predictive game total is the Arizona vs Las Vegas Raiders with an over/under 52. There are three games where the home team is predicted to win by double-digits. The Los Angeles Rams v Atlanta Falcons, Rams by 10, the Denver Broncos v Houston Texans, Broncos by 10, and the Green Bay Packers v Chicago Bears, Packers by 10.

Remember if you are targeting large tournament GPP like the DraftKings Milli Maker your “team” needs to score 250+ points to end up in the money. Last week the winning Milli maker team:

I will attempt to give you one top-tier play out of each position and value plays for each position. I will do better than last week, promise. So, let’s do this.

Jackson scored 21.22 fantasy points last week in a game that was never in doubt. He attempted 30 passes for 213 passing yards, three touchdowns and one interception. He only had six carries for 17 yards.

This week the game should be slightly more competitive. The line started at 43.5 and has now risen to 44.5 with the Ravens a slight favorite (3.5-points) at home. Expect Jackson to do more with his legs while keeping pace in the passing game. If his floor for this game is 21.22 his ceiling is astronomical.

Lance’s price point has dropped $200 since last week. I know he did not play well last week (understatement of this article). But remember it was Week1, he was playing without George Kittle, and he was playing in what appeared to be a monsoon. It was really raining. And even then, he rushed for 54 yards on 13 attempts.

The upside with Lance is in his rushing ability. I get it. Last week Lance scored a very disappointing 10.96 fantasy points. Did I mention the torrential downpour and it being his first game away from home?

Not quite sure who to blame when you have a healthy McCaffrey playing on 81.13% of the total offensive snaps yet have him with only 10 carries and five targets.

Last week the Giants gave up 82 rushing yards to Derrick Henry and it also allowed running back Dontrell Hilliard to collect 61 receiving yards and two touchdowns on three receptions.

In a large GPP it could be advantageous to play Akers in one of your lineups. Yes, last week Henderson was on the field for 82% snap share. He out snapped Akers 55-12. He had 13 carries to three and he was targeted five times. Akers had zero targets.

The Rams played really bad last week. This is a redemption game, and it is only Week2. Their implied total for this week is 33.35 and they are a 10-point favorite. There is a game script where Sean McVay just has his team throttle the Falcons (or try) but with four touchdowns implied, either running back could be on the field for at least one touchdown. Last week the Falcons gave up 81 yards and a touchdown to Taysom Hill.

At this price point you can also acquire: Jamaal Williams, $5400 or James Robinson $5600. Both playing home games. Detroit is a -2.5-point favorite and the Jaguars area -4-point underdog.

This game has the highest implied total for the Sunday main slate 52-points with the Raiders being a six-point favorite.

In their ass-whooping last week, the Cardinals second allowed Travis Kelce to gain 121 yards and a touchdown, while JuJu Smith-Schuster had 79 receiving yards on six receptions.

This game is intriguing in its upside. The over/under is 49 and the Lions are favored by -2.5.

Washington currently has an abundance of receiving weapons for Carson Wentz. Last week Terry McLaurin, Jahan Dotson, Logan Thomas, and Samuel were all healthy and suited up for the 28-22 victory over the Jacksonville Jaguars. The total is comparable to the implied total for this game. In last week outing Wentz threw four touchdowns.

Samuel was on the field for 71.43% of the offensive snaps. He ran 36 routes, targeted 10 times for eight receptions, 55 yards and a touchdown. He finished as WR13 with 19.20 PPR fantasy points. At this price point if Samuel can repeat or surpass last week’s stats, he is outplaying what you are paying for him.

The desire to pay up for a tight end is a personal one, I understand. But if you chose to do so Andrews is the highest salaried tight end on the slate this week.

Last week Andrews didn’t do you any favors. He was on the field for 83.9% of the offensive snaps. He ran 32 routes, had seven targets, five receptions, 52 yards and did not get into the end zone. In that game he didn’t have to, this week should be more competitive. And stacking him with Jackson isn’t the craziest of ideas.

Stay with me here, Njoku (from a fantasy standpoint) was trash last week, I get it I know I suggested him. He was on the field for 89% of the offensive snaps and only came away with one target, one reception, seven yards while running 28 routes. And that is why it is interesting. Last week Njoku was used primarily (okay only) as a blocker for the run game.

But he ran 28 routes. The other tight-end Harrison Bryant ran 16routes. Enter into the equation Jacoby Brissett’s past inclinations of throwing to tight-ends and Njoku has to become fantasy relevant soon.

The Jets will most likely have Sauce Gardner on Donavan Peoples-Jones leaving opportunities for Njoku. Plus, the Jets allowed the fifth-most fantasy points to the tight-end position last season.