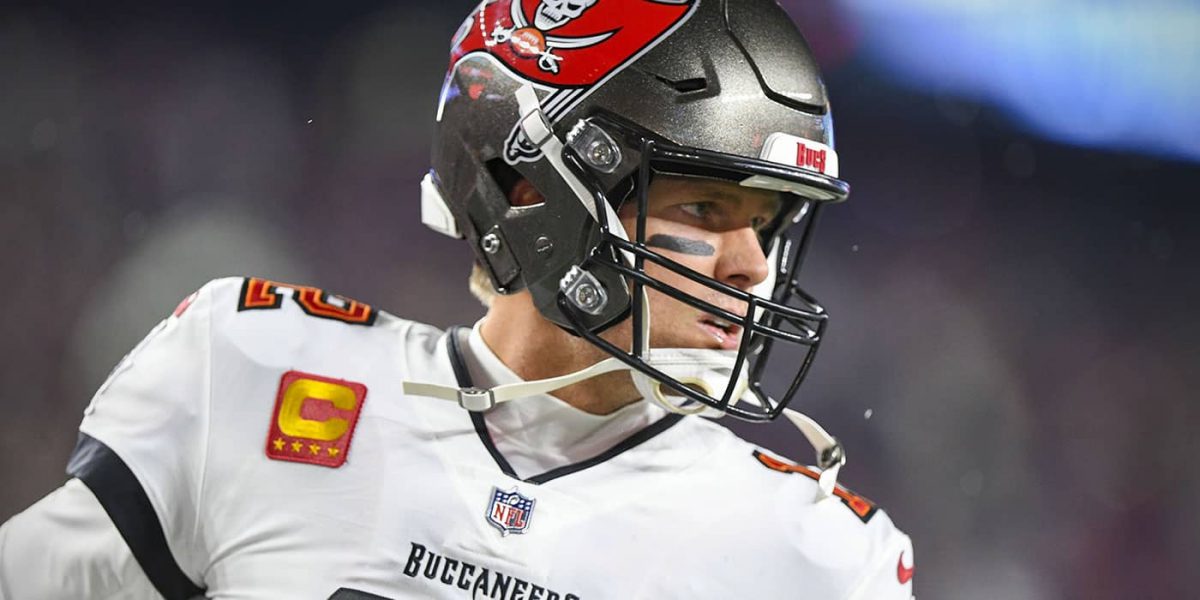 Welcome to the NFL playoffs. It is Wildcard Week, and there are games Saturday, Sunday, and Monday. Saturday, there are two games, Sunday, there are three games. You can play the Saturday through Monday games. So, you have many choices for GPP plays.

These suggestions are for the Saturday through Monday games. Of course, you can play each slate. Remember that different is better for those slates with only two or three games.

The Monday night game features the Tampa Bay Buccaneers at home against the Dallas Cowboys. The Buccaneers are a 2.5-point underdog at home. Brady’s salary has dropped from $6400 to $5800, for a good reason. Brady’s DraftKings points in his last three games are 7.4, 40.7, and 13.3.

The Buccaneers played the Cowboys in Week 1 this year. Brady threw for 212 yards in that game with one touchdown and one interception.

Do you believe in Brady?

The New York Giants played the Minnesota Vikings in Week 16. The Vikings won the game on a last-minute 61-yard field goal.

In that game, Jones passed 42 times with 30 completions. He had 334 receiving yards with one touchdown and one interception. He also ran for 34 yards on four attempts.

Jones’ rushing ability raises his floor. In week 17 against the Indianapolis Colts, Jones passed for 177 yards with two passing touchdowns, but he also ran for 91 yards with two rushing touchdowns. Jones even had a 71-yard day back in week 13 of the NFL season. Don’t underestimate his ability to pick up yards on the ground.

Ekeler’s cheat code is his usage in the passing game. In his last three games, he has been targeted four times with four receptions for 36 yards, 39 yards, and 12 yards.

This week the Chargers will most likely be without the full services of Mike Williams, boosting the floor for Ekeler (short dump-off passes).

In the last meeting between the Chargers and the Jaguars, Justin Herbert was just returning from his rib injury, and Keenan Allen did not play. Disregard.

The Jaguars are giving up an average of 24.3 DraftKings fantasy points to the running back position. They have also allowed 815 receiving yards to the position.

The Los Angeles Chargers are surrendering the sixth-most DraftKings fantasy points to the running back position (27.5).

The dud against the Tennessee Titans, where Etienne only had 17 rushing yards, is an anomaly. His last three games, before the Titans in Week 18, included two games with over 100 rushing yards sandwiched between the New York Jets, where he had 83 rushing yards. He was also targeted three times in each of those games.

The Buccaneers have allowed an average of 12.5 fantasy points to the slot receivers, including 98 receiving yards to Greg Dortch in Week 16 and 35 receiving yards and one touchdown to Tyler Boyd in Week 15.

James has led the Giants in targets, receptions, and receiving yards in his last four games.

In the Week 16 matchup against the Vikings, James had 12 targets with eight receptions and 90 yards.

For the season, the Vikings are giving up the second most DraftKings Points to the wide receiver position (40.5) per game. This is also one of the highest scoring totals of the week for NFL Odds, I really don’t think you’re going to be able to find a cheaper value pick WR than James.

Remember, this is Wild Card Weekend. The player pool has decreased, and the need to get different in the GPP contest has increased.