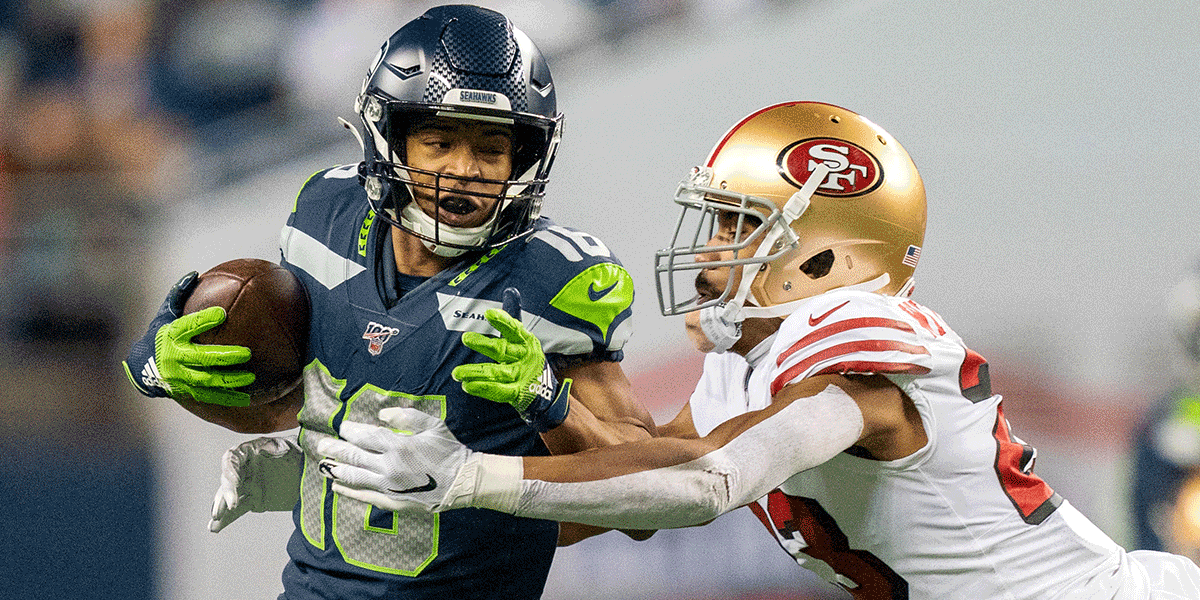 We got this. That little pep talk was just as much for me as for you. There are 11 teams on the main slate. Josh Allen and the Buffalo Bills will play the Sunday Night Game, so there are no Allen, Diggs, or Bills defense on the main slate, and Joe Burrow and the Cincinnati Bengals are playing Monday Night against the Cleveland Browns, so no Burrow, Ja’Marr Chase, Tee Higgins or Nick Chubb.

The winning lineup for the DraftKings $3.75M Fantasy Football Millionaire:

All salaries are DraftKings, thanks to fantasy pros and pro football references for stats.

Hurts will be the chalkiest of chalk picks for the week. (Excellent for your cash lineups) And there is a reason well, several of them if we are honest.

Hurts’ fantasy totals have dropped in his last three outings. He scored 16.9, 27.7, and 17 against Dallas, Arizona, and Jacksonville.

This week coming off a bye, the battle of Pennsylvania begins. This battle looks to be one-sided.

The Eagles have an implied point total of 32.25 points. The Steelers allow the fourth most passing yards per game (275.4) and 118.9 rushing yards per game (18th), both numbers Hurts can attain. Although Hurts has not rushed for more than 90 yards in a game, he has six rushing touchdowns.

You either believe in Jones, or you don’t. Either point is valid. However, this week he plays the Seattle Seahawks, who are giving an average of 20.8 DraftKings points and 19.0 FanDuel points to the quarterback position.

The implied total for the game has dropped from 46.5 to 44.5, with Seattle favored by three (opened favored by two). This still accounts for at least two touchdowns from the Giants. Jones has thrown for three touchdowns in his last two games and rushed for one.

The Monday announcement of Ehlinger replacing Matt Ryan came too late for a price adjustment. The Vegas’ lines adjusted, dropping the implied total from 42 to 39.5. Curiously the Colts are still favored, although that dropped a point from -4 to -3.

Per Chris Shepherd, this is what to expect from Ehlinger. “He is mobile and shifty. He can escape a collapsing pocket and pick up yards with his legs.”

This preseason Ehlinger completed 24-of-29 passes with four touchdowns and zero interceptions. He had a 147.8 passer rating and 289 yards.

The dual-threat possibility is a good cheat sheet.

Again, we will begin with the chalk, the second most expensive running back on the slate. The price is indicative of Henry’s greatness but also the less-than-stellar defense of the Texans. The Texans have given up an average of 33.4 DraftKings fantasy points and 29.1 FanDuel fantasy points to the running back position.

This game has a total of 51.5, with the Dolphins a -3.5-point favorite. The Lions are giving up the third-most DraftKings points to the running back position (30.3) and the second-most FanDuel points (27.3) to the position.

In his last four games, Mostert has averaged 17.8 touches. Last week he carried the ball 16 times for 79 yards while being targeted five times with four receptions, 30 yards, and a touchdown for 20.9 DraftKings fantasy points.

This feels a little like chasing points. The Falcons are giving up an average of 22.2 DraftKings fantasy points and 18.7 FanDuel fantasy points to the running back position.

Chuba Hubbard is nursing an injury giving backfield seniority to Foreman. Last week the injury to Hubbard did not occur until late in the game. Foreman shared duties until then and still managed to finish with 118 rushing yards on 15 carries. He also had two targets and two receptions for 27 yards.

Most of Foreman’s yards came on one 62-yard run. This week he goes against the Falcons, who have given up 56 explosive run plays.

The Seahawks will most likely be without DK Metcalf, who has a patellar tendon injury (see @TFSDoc and #the-docs-injury-analysis on Discord for more info from Dr. James). It appears Metcalf is set to miss some time. Monitor his status. He once again was limited in practice. However, if he goes, this is a good matchup.

The Giants have allowed: Christian Kirk 96 yards on seven receptions

This line has increased by two points, and the Raiders have dropped from -1.5. On Thursday night, Olave was targeted 14 times. He had seven receptions for 106 yards. He led the Saints in targets, receptions, and receiving yards. Olave finished with 20.6 DraftKings points. He has collected 15.4, 16.7, and 26.7 DraftKings fantasy points in his previous three games.

Per reports, wide receivers Michael Thomas and Jarvis Landry did not practice again Thursday. The last time all three played together was Week3. In that game, Olave led in targets with 13, receptions with nine, and yards with 147. Thomas and Landry both had five targets. Thomas had five receptions, Landry had two while Thomas finished with 49 yards and Landry 22.

It doesn’t matter who is under center or on the field. Olave will thrive.

Last week Moore was targeted 10 times! He had seven receptions for 69 yards and a touchdown. He finished with 19.6 DraftKings fantasy points in their win against the Tampa Bay Buccaneers.

This week he goes against the Falcons, who are giving up an average of 48.3 DraftKings points and 38.4 FanDuel points to the wide receiver position. The Falcons have allowed 11 receiving touchdowns in seven games.