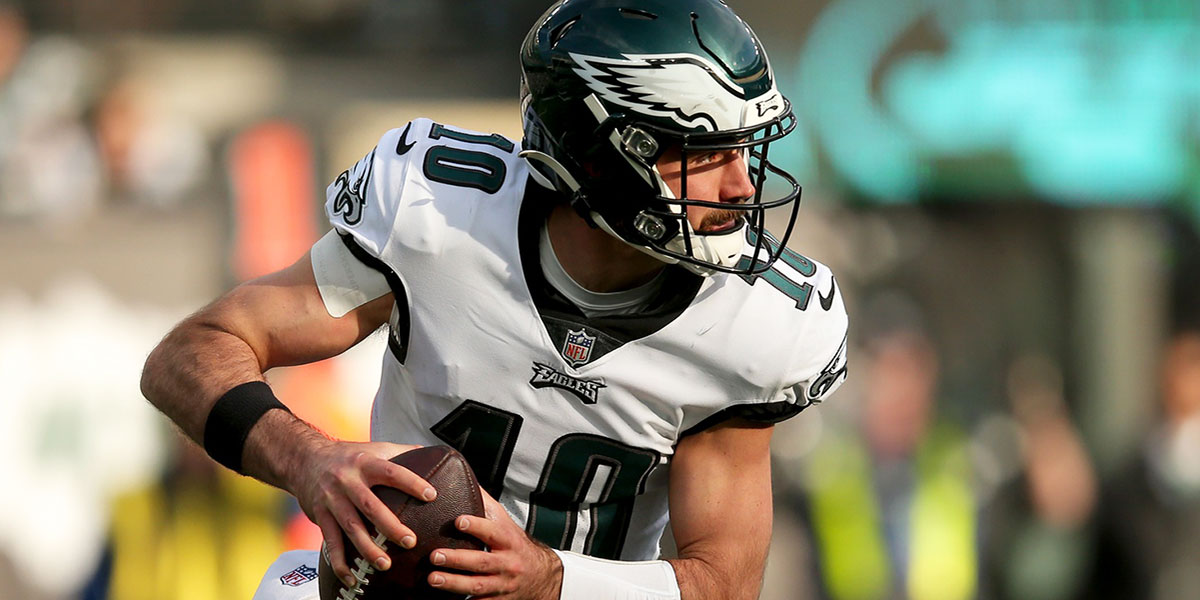 Are you ready for some football? If you are out of your season-long fantasy football, playing a little DFS (and winning) could be just what you need. Even if you are still in, let’s play.

Remember, this week, the main slate is on Saturday, Christmas Eve. There are only ten games on the main slate, and weather (high winds and torrential cold) are a concern. There is also the fact that there are only three games with an implied total above 45.

In Kansas City, the weather is expected to be around 12 degrees, and the wind is 14 mph with 30 gusts.

Smith has fallen off lately, only scoring 15.3 DraftKings points in his last game. That, however, was against the San Francisco 49ers’ defense, allowing the second-fewest DraftKings fantasy points to the quarterback position (14.2).

The Chiefs allow the fourth most DraftKings fantasy points to the quarterback position (22.0).

In addition to the wind gusts in Arrowhead, Smith will be without Tyler Lockett. Still, the Chiefs’ defense has allowed the most touchdown passes (30) and just last week gave up two touchdown passes to the Texans’ Davis Mills.

Jones’ floor is raised because of his rushing attempts. He has 10, 4, and 12 carries in his last three games resulting in 35, 26, and 71 rushing yards with one touchdown.

Jones is a game manager, but the Vikings’ defense should allow him to be just a little more.

The Eagles have ruled out Jalen Hurts.

The Cowboys are a formidable defense. For the season, the Cowboys defense has given up the seventh-fewest DraftKings fantasy points to the position (15.5). Last week, however, they allowed Trevor Lawrence to pass for 318 yards with four touchdowns and one interception. Lawrence also had three carries for 21 yards.

Not saying that Minshew is Lawrence or Hurts, but he is Minshew.

Last season he played in three games and averaged 8.5 yards per attempt.

And then there is Henry, running against a Texans team that is decent against the pass and generous against the run.

The Texans allow the most DraftKings fantasy points (31.6) to the running back position. They have also allowed the most rushing touchdowns (17) to the position.

Henry has accumulated 29.3 and 25.5 DraftKings fantasy points in his last two games. Playing against the Texans is Henry’s very definition of a smash spot this week.

A scenario that we like running back at home, potentially playing with a large lead. It also helps that McKinnon has been on fire in his last two games.

Yes, there is a chance that Mecole Hardman is back. And Isiah Pacheco has made himself a thing ($5700).

But if you think that Smith and the Seahawks can make this game interesting, McKinnon’s usage in the passing game makes him more valuable than Pacheco.

Pacheco out carried McKinnon 15 to 10 with 86 yards to McKinnon’s 52. But McKinnon had one rushing touchdown and out-targeted Pacheco 8 to 1.

I almost forgot that the Seahawks are giving up the second most DraftKings fantasy points to the running back position (31.1) and have allowed 80 receptions, 670 receiving yards, and three receiving touchdowns to the opposing running back.

Tyler Huntley will most likely be under center once again. Last week that amounted to Dobbins rushing 13 times for 125 yards and one target.

The Falcons are 13th in DraftKings fantasy points allowed (24.3), and they have allowed ten touchdowns to the position and an average of 4.30 yards per carry.

An indoor game with a soft secondary matchup is just what the fantasy gods ordered. The Vikings have given up the third most DraftKings fantasy points to the wide receiver position (42.0), including 94 yards, a touchdown to DJ Chark, and just recently, 60 yards to Michael Pittman.

Slayton leads the Giants’ receivers in targets and receptions. He is getting both, but to date hasn’t been fantasy goodness. His mid-range price means he only has to accrue 18.2 fantasy points to have value. The Vikings 31st ranked pass defense is just what Slayton needs.

Cooks looks to make his return. The last time he was on the field was Week 12. Nico Collins missed practice Wednesday, so the impact receivers will be Cooks and Chris Moore.

It is more likely that Moore will move back into the slot and Cooks will work outside. That works because the Titans are allowing the most fantasy points to the out wide receiver (31.2), the second most touchdowns (18) to the position, and the second most receptions (205) to the receiver position.

This is yet another game where the wind gust is predicted to reach 33 mph. So, the arm strength of Davis Mills is in question.

But the matchup is almost too tempting to resist.

The Lions allow an average of 21.2 fantasy points to the slot receiver (the next is Jacksonville allowing 18.8).

This is risky as the Panthers only average 27.4 passing attempts per game, passing on only 40.00% of the offensive plays (in the last three weeks).

But in a must-win situation against a team who is porous against the pass, Smith has a chance to be a slate winner.