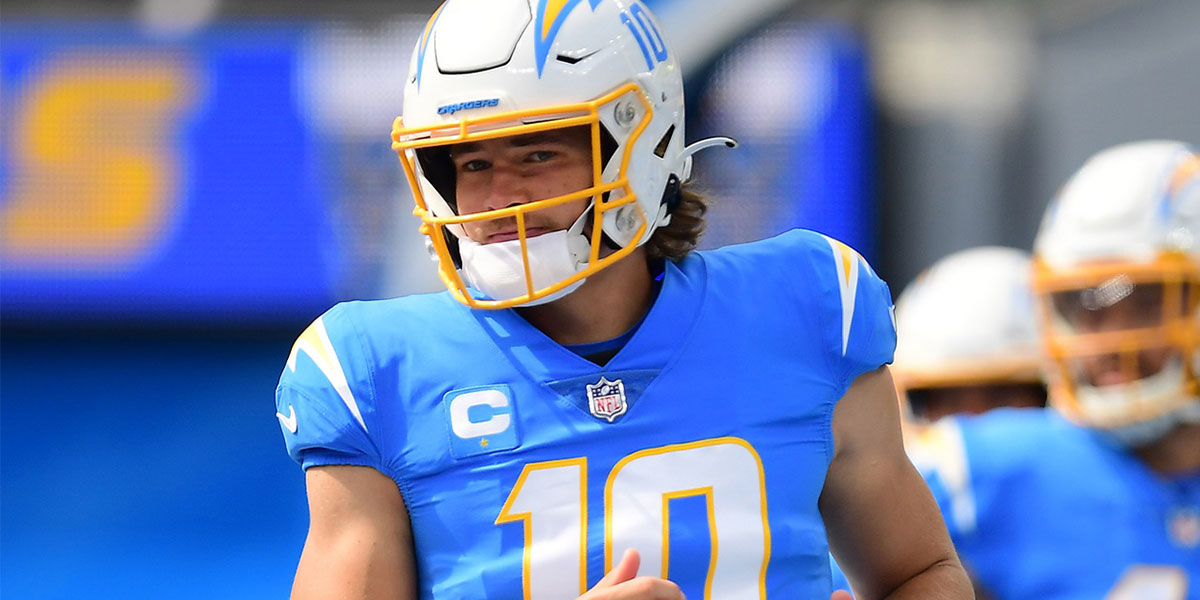 Welcome to Week 15. It isn’t over until it is over. If you are out of your season-long leagues, DFS is your refuge. Remember, there are Saturday games this week if you want to play ‘extra’ GPP.

Herbert has thrown for 367 and 335 yards in his last two games, with one touchdown in each game. He had 51 passing attempts and 47 passing attempts. With all his weapons back, Herbert should have no problem shredding the Titans’ secondary.

The Jets have averaged 44.7 passing attempts per game in the last three weeks. White has 21 red zone attempts and is averaging 18.3 fantasy points per game. The main thing is to monitor his physical condition. If he plays and his draft status stays low, White can break the slate against a porous Lions defense.

The Detroit Lions are giving up the most DraftKings fantasy points to the quarterback position (25.4).

**Update: Mike White has been ruled out. Zach Wilson is going to start.

This will be Ridder’s first start. The Saints are mid-range in that they have given up an average of 17.5 DraftKings fantasy points to the quarterback position. They have also allowed three rushing touchdowns to the position.

The Falcons rank 28th in total offense and 31st in passing play percentage (43.97%). Their 23.1 passing attempts per game is also 31st in the league. It is unlikely that Arthur Smith will suddenly allow the rookie to just chuck the ball. It is the potential of Ridder’s rushing ability that raises his floor. In college, he rushed for 2180 yards in his four-year career.

If Ridder can be serviceable in the limited passing game and adds a run game, he can outplay his value.

On a pass-first team, Pacheco is averaging 14.2 rushing attempts per game. He also has 1.7 yards after contact that raises his floor considerably against a Texans team that all but folds for the running back position.

The Lions are tied for third in the most rushing touchdowns surrendered this season (13).

Last week Knight was on the field for 47% of the offensive snaps. He averages 5.3 yards per carry and has nine red zone touches in three games.

Playing Strong depends on the availability of both Rhamondre Stevenson and Damien Harris.

Last week Strong was pressed into duty and responded with five carries for 70 yards and a touchdown. He also was targeted twice for two receptions and 20 receiving yards.

The Titans surrender an average of 43.4 DraftKings points to the wide receiver position.

They allow 28% of their fantasy totals to come from the slot position (12.8 fantasy points per game. Allen spends 54.8% of his snaps in the slot position. He has. 19.4% target share and a 26.3% target rate. Since returning from injury, in his last two games, he has been targeted 14 times in each game.

Will Brandin Cooks or Nico Collins play? Will it matter? The Chiefs are allowing the fourth-most DraftKings fantasy points per game to the wide receiver position (40.3)

Without Cooks and Collins last week, Moore was on the receiving end of 11 targets (his previous high was seven) with 10 receptions and 124 yards. With the Texans expected to play from behind, Moore should again lead the Texans with targets and production against a Chiefs secondary that is giving up passing yards.

The Lions are giving up the third-most DraftKings fantasy points to the wide receiver position (42.8).

The Lions are getting shredded by the slot receiver; 55% of their receiving fantasy points come from the slot position. Last week against Buffalo, Moore was on the field for 80.8% of the offensive snaps and ran 47 routes with 10 targets. Moore has a 29.7% slot rate (157 snaps).