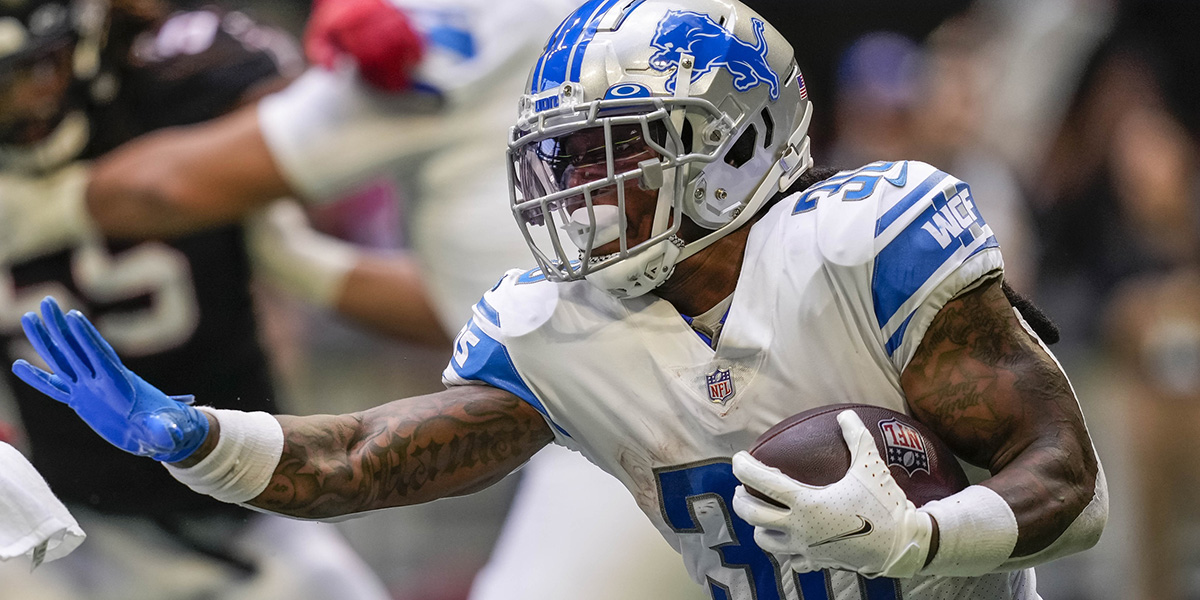 It is lucky Week 13 and the beginning of December that has to mean something, right? It is time to either keep that lucky streak going or start one right now (well, Sunday, actually).

I don’t have last week’s Milli Maker winning lineup for you. My apologies. We know that Mike White and Josh Jacobs broke the slate, so if you played either, Kudo.

Lawrence has scored at least 20 DraftKings Fantasy Points in back-to-back games (21.0 and 28.9). He now faces the Detroit Lions, who rank 29th in pass defense and have allowed the most DKFP/game to quarterbacks (26).

Atlanta has given up the 10th-most fantasy points per game to the quarterback position (18.2). Pickett has all the weapons to exploit the Falcons’ secondary. In addition, he has run for at least 20 yards in four of his last five games, which raises his floor. From Week 4-11, Pickett was 10th in rushing attempts (29) for quarterbacks.

This play is, of course, if Rodgers does not go Sunday. Love is the contrarian of contrarian plays.

Last week in the limited action, he went 6-of-9 for 113 passing yards and one touchdown.

In both a cash and GPP play, there is no way you are leaving Jacobs out of your lineup. Last week he carried the ball 33 times. Over his last three games, he has 51.3, 22, and 22.6 DraftKings fantasy points. He has seen 29 red zone looks and 48 targets for the season, and the Chargers are getting crushed all year on the ground. They are 29th in rush defense DVOA.

Williams isn’t going to get you the rushing bonus. What he will do is get you touchdowns. He has 100 rushing yards once this season, which was in Week 4. Williams leads the league in rushing touchdowns (13), and in a game where the Lions are predicted to score 24 points, Williams should be on the receiving end of at least a touchdown and 50+ yards.

Last week with James Robinson a “healthy scratch” and Mike White stepping in at quarterback, Knight recorded 103 yards on 17 touches.

Suppose Robinson is again a scratch, and Michael Carter is out this week. In that case, Knight is worth the play against the Minnesota Vikings, who held the New England Patriots running backs in check but allowed Tony Pollard 80 rushing yards and Ezekiel Elliott 42 rushing yards and two touchdowns. This is a situation that needs to be monitored.

The Lions allow the second-most DraftKings Fantasy points to the wide receiver position (41.5).

Last week he was out-targeted 14-9 by Zay Jones. Jones also led the team in yards (145) and receptions (11) against the Baltimore Ravens. However, 70% of the fantasy points the Ravens allow to receivers are to receivers out wide.

This is Kirk’s week to shine.

The Vikings allow the sixth-most DraftKings Fantasy points to the wide receiver position (40.6).

Last week Wilson’s target share rose 5% (29%) while his air yard share went up 4% (35%). He was targeted eight times for 95 yards and two touchdowns on five receptions.

Pickens aDot 15.1 and has 19 deep targets with a 27.4% air yards share. He has scored double-digit fantasy points in his last three games while averaging six targets per game.