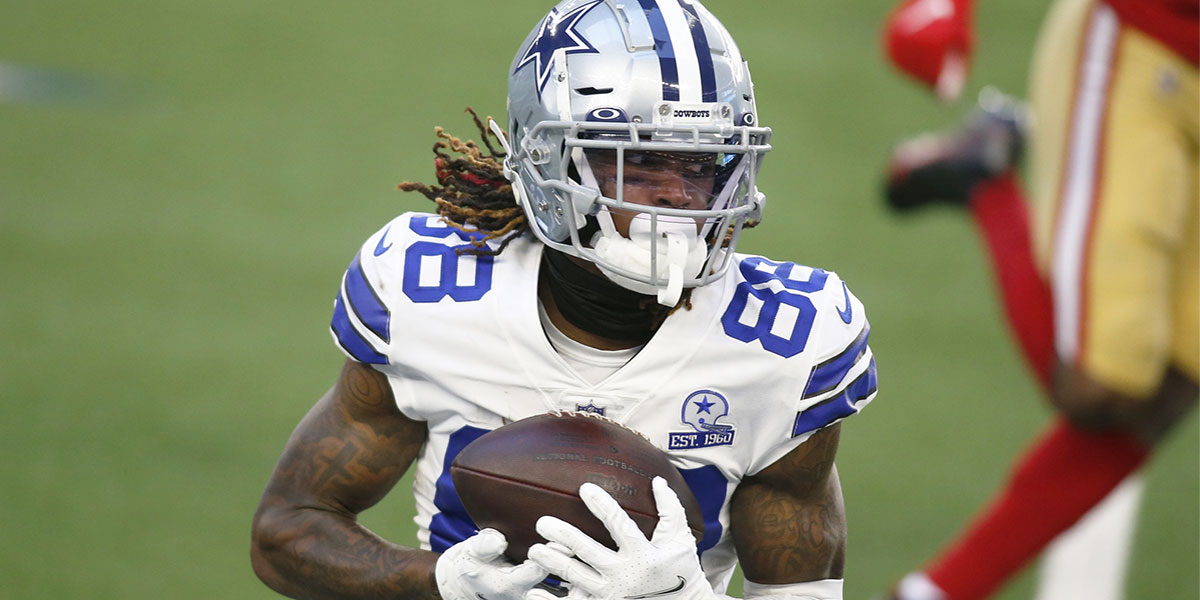 Happy Week 11 how are you doing? The season is at the halfway point, not the time to stop grinding, so we won’t. Let’s remember on any given Sunday. It is anybody’s game.

This week’s main slate will have 11 available teams. There are four teams on a bye week. They are the Jacksonville Jaguars, Miami Dolphins, Seattle Seahawks, and Tampa Bay Buccaneers. The Green Bay Packers and Tennessee Titans have already played, and the San Francisco 49ers and Arizona Cardinals will play Monday Night in Mexico.

Just a refresher because it is that time. First, rules are arbitrary, some make sense, and some don’t. Like “chalk will never win” was pretty much discounted for October. And you must stack to win being obliterated single-handedly by Justin Fields. But some stand true. Remember that DraftKings is a PPR system with built-in bonuses. Know the game script or how you think the game script will play. And most importantly, trust yourself. Now let’s get this party started.

This week’s quarterback choices are top-heavy, even for the GPP tournament. You can ride some solo or choose to stack. The weather is no longer a factor in Buffalo as the game has been moved to Detroit, making the quarterback choice a little more open.

Here are three options to put in your quarterback pool.

There may be a time to get off the Fields tournament train, but this week may not be. Fields have 24.4, 45.7, and 43.4 DraftKings fantasy points in his last three games.

Right now, Fields floor is 21. You can ride him solo or stack him.

The best part of the story is that the game is indoors in Atlanta.

Divisional games are hard to predict. Burrow will march into this one without the services of Ja’Marr Chase. The two teams have met this season. Remember the first game of the year in overtime?

You aren’t running Burrow out solo, so that a stack could get expensive. But it is a divisional game, and the Steelers are not very good at football against the pass.

Did you know the Giants are 7-2 and favored by three in this game? The implied total is only 45, so if Vegas is to be believed, the Giants will score 25ish points. What a weird, weird world we live in.

The Giants are not passing the ball much. In his last three games, the most passing attempts have been 31. Before the bye against the Houston Texans, he attempted 17 passes.

The good news is that the Lions allow an average of 25 DraftKings fantasy points per game to the quarterback position.

This is the week you might want to find value in your running back position. There is no shame in wanting Saquon Barkley in what is once again a really good matchup against Detroit, but his $8900 price tag might be a bit too expensive.

Looking elsewhere and finding value on this slate will not be difficult.

Last week in the new regime, Taylor had 22 rushing attempts for 147 yards and one touchdown. He finished with 27.3 DraftKings fantasy points.

There is no reason to believe there will be a letdown this week against the Eagles.

Although the Eagles have made moves to fortify their defensive line, Washington showed their weakness.

Believe that Jeff Saturday will have Taylor carrying the ball behind a slightly better offensive line.

This is a “what if” suggestion. What if Gus Edwards returns and the Ravens decide to ‘feature’ him? Then this suggestion just became shit. But money is riding on even if Edwards returns. The Ravens learned their lesson last time and will ease him in to avoid further injury.

Week9 before the bye, Drake rushed 24 times for 93 yards and two touchdowns. He was also targeted twice. He finished the game with 24.9 DraftKings fantasy points.

Last week Warren was on the field for 43% of the offensive snaps. He finished with 37 yards on nine rushing attempts and 40 yards on three targets.

There are questions regarding the physical fitness of Najee Harris, and the Steelers have said they wish to get Warren more involved.

The wide receiver options are more than delicious this week. With the Buffalo game being moved indoors, the Vikings playing at home, and the Eagles playing against the Indianapolis Colts, three of the top five wide receivers have the luxury of playing indoors.

Justin Jefferson is the most expensive, with a $300 increase to $9100. No fault in putting him in your lineup and working around that.

But if you want to value shop, here are a few options.

This is sort of chasing points. Last week Lamb had his season best with 15 targets, 11 receptions, 150 yards, and two touchdowns. Do you believe it was an aberration or Lamb and Dax Prescott finding one another?

Stacking Lamb with Prescott is an option for a game with an implied total of 47.5, with the Cowboys a 1.5 road favorite.

In total, the Steelers are giving up the third-most passing yards per game to the opposition (263.9).

Higgins is on the field for a 17.8% target share and a 22% target rate. Higgins was targeted twice in the first game against the Steelers and ran 14 routes. Chase also played that game and had 16 targets with 55 routes. Those numbers have to go somewhere.

In his last three games, McLaurin has had 11, nine, and eight targets and eclipsed 100 receiving yards twice.

Last week the Texans gave up 95 yards and a touchdown to the New York Giants Darius Slayton.

McLaurin hasn’t scored a touchdown in his last three games, so a positive touchdown regression is coming. With his 21.5% target share and 20.2% target rate, he should be good for the DraftKings bonus and hopefully see the end zone. This game has a low implied total of 40.5, with Washington a road favorite by 3.5.