Most of us that play daily fantasy sports do so via Draft Kings and Fan Duel. However, this season I have ventured my way over to another platform and that is DRAFT. The site that hosts live daily fantasy football drafts that take just minutes to complete. The cool thing about DRAFT is the fact that you and only you own the player you draft in the contests you enter. So if you are confident on a guy, grab him, if you are sure a guy will be a bust that week, fade him and maybe your opponent will draft him. On DRAFT there’s no worrying about your opponent having the same player as you. But hey, there is a good chance you already know this about DRAFT and that is why you are reading this article, and if you didn’t, make sure you get over to draft.com and check it out. In this article, I will give you my top two targets on DRAFT at each of the three eligible position spots: QB, RB, and WR/TE.

Week 8 is upon us and just like that we are almost halfway through the season. That’s the bad news, the good news is we still have another 10 weeks to go and why not play some more contests on DRAFT? The more I play over there the more I like it.  We have six teams on bye this week and a London game so that has made this week’s player pool smaller than usual. Personally, I like weeks like this as it gives us a better chance to research deeper into each and every game. Without further ado let’s get to this week’s targets on DRAFT.

Our exclusive offer with @PlayDraft has been extended!! Get a FREE T-Shirt from @MyFootballTee Click to Learn More 👉 https://t.co/5iWAu6feNv pic.twitter.com/fs7Qy4uUVQ

Signup today and get a FREE T-Shirt!

After last week’s let down Cam Newton is in a prime spot against a Tampa Bay Buccaneers defense that looked to be one of the premier defenses in the league after their Week 2 NFL debut. A case of the flu and a half-dozen injuries later, this defense has gone from cream of the crop to bottom of the lot. The Buccaneers rank 32nd in Pass DVOA and have allowed the sixth-most fantasy points to opposing quarterbacks this year. They are allowing the third-highest completion rate (69.4%) and the third-highest passer rating (102.9).

Tampa Bay gave up top-ten fantasy weeks to Case Keenum, Eli Manning, Carson Palmer, and Tyrod Taylor in four of their last five games, so to think Cam Newton can’t do the same would be foolish and I for one, think that Newton gets back on track. He will have plenty of time to throw as Tampa Bay ranks dead last in sacks (7) and 29th in quarterback hits (31). Not to mention, pass rusher Noah Spence was placed on I.R. this week with a shoulder injury. Not only that, Newton has ran the ball more in recent weeks as he has ran 8, 7, 11, and 9 times in the last month, which has raised his floor and ceiling. Cam is my number one target this week at quarterback, which allows you to draft your running back in the first two rounds.

If there is a QB that I want to take early it is Kirk Cousins this week. Currently, the Redskins-Cowboys is the highest total on the slate at 48.5. Many people are on Carson Wentz this week and as I do like Wentz I do not like the potential weather that he will have to play in against San Francisco this week.

Cousins has been sneaky good in recent weeks as he has recorded top-12 fantasy results in four straight games and has scored over 20 DP in the last three weeks. Dallas ranks 20th in pass-defense DVOA and has surrendered the league’s tenth-most touchdown passes (11) even though they have already had their bye. 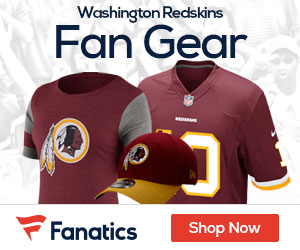 Cousins gears up to play America’s Team as he owns a career 103.5 passer rating, 9-2 TD-INT ratio, and a 68.5% completion rate against the Cowboys. In their last meeting Cousins went off for 449 yards and 3 touchdowns. Expect a big day from the Michigan State product.

I’m sorry but as obvious as this choice is, if I left him off this list, I would have gotten roasted by readers. If you have the number one pick in a contest you need to select Bell. The Lions have given up a combined 456 yards and 4 rushing touchdowns in the last four games and they will be without their prized run stuffer Haloti Ngata.

Bell’s averaged 5.46 and 5.05 yards per touch in his last two games and has regained his swagger after a slow start in 2017. If you didn’t know, Bell is a reverse home-road split guy as he has scored 21-of-30 career rushing touchdowns on the road and this year he has scored all of his rushing touchdowns in away games. The Lions are 24th in RB fantasy production allowed so lock and load Bell this week.

Shady may be in the best situation of Week 8. In my eyes, Bell and McCoy are the 1A, 1B plays of the week. In my experience so far, players are drafting Ezekiel Elliot ahead of McCoy. Which means in a head to head draft you can get him in the 3rd or 4th round.

McCoy and the Bills get the Oakland Raiders who are giving up the NFL’s fifth-most fantasy points to running backs. Oakland has allowed the eighth-most rushing yards (736) and fifth-most receiving yards (366). A combination that makes me see dollar signs.

Since Buffalo’s week 6 bye, Shady has been a workhorse that is running on energizers. He established season highs in touches (28) and playing time (84%). Not to mention it’s a running back whose team is favored at home. If you can get Bell or McCoy you will be sitting pretty at the start of your draft.

Last week, those of you who read this article were happy you went with Julio Jones as your #1 WR. This week I was planning on going right back to the well, however with nasty weather forecasted for New York, I think it’s smart to move all of our chips in front of Antonio Brown for Week 8.

Brown has become more consistent over the past three weeks, posting DP scores of 20.7, 25.5, and 14.5. As we know he is a target monster with a total of 84 targets already this season. The next closest Steeler is Bell with 42.

Brown figures to draw shadow coverage from Lions top CB Darius Slay, Pro Football Focus gives it a 55% matchup advantage for Antonio Brown, the 3rd best matchup this week. While Slay has improved based upon his performance last season he is not someone who we should be afraid of. Also, AB is the only real matchup proof WR in the NFL so play him with confidence even though Big Ben will probably struggle in this game.

I know, points chasing is taboo in the DFS world but listen, I am not simply point chasing in my love for Amari this week. There is a big reason why Amari got back on track against Kansas City and had his best game of 2017.

The Raiders moved Cooper into the slot as he ran a season-high 35% of his routes inside where he caught 6 of his 11 receptions. I expect the Raiders to continue to do what works and this week he will be foaming at the mouth as he will draw something called Leonard Johnson, a slot CB who has played for four teams over the past three years. Not to mention, Johnson runs a 4.71 40-yard dash, Cooper should be able to eat him alive.

Cooper leads the team in targets by 20 and Carr will have nothing but confidence when throwing to him after last week’s performance. The Bills were a feared defense just a few weeks ago. But, injuries have taken a toll on them and they will be without E.J. Gaines in this one. Cooper will not be on most DRAFT player’s radars and you should be able to get him in the later rounds of your contests.

Nick is a 15-year fantasy football veteran with countless season-long fantasy titles and championship trophies. He is a high school football coach in the state of Wisconsin and has also coached Championship semi-pro football teams. He is an offensive playcaller that lives for film study. Not only does he study his opponents in Wisconsin, he studies NFL film and accompanies that with data, analytics, and his scouting knowledge to make his fantasy decisions. He co-hosts the acclaimed fantasy football podcast “The Coach and Cole Show” on Blog Talk Radio with his lifelong friend and sports fanatic Cole Fouts. Beyond football, he writes on the St. Louis Blues for St.Louis Gametime and is an NHL DFS analyst.