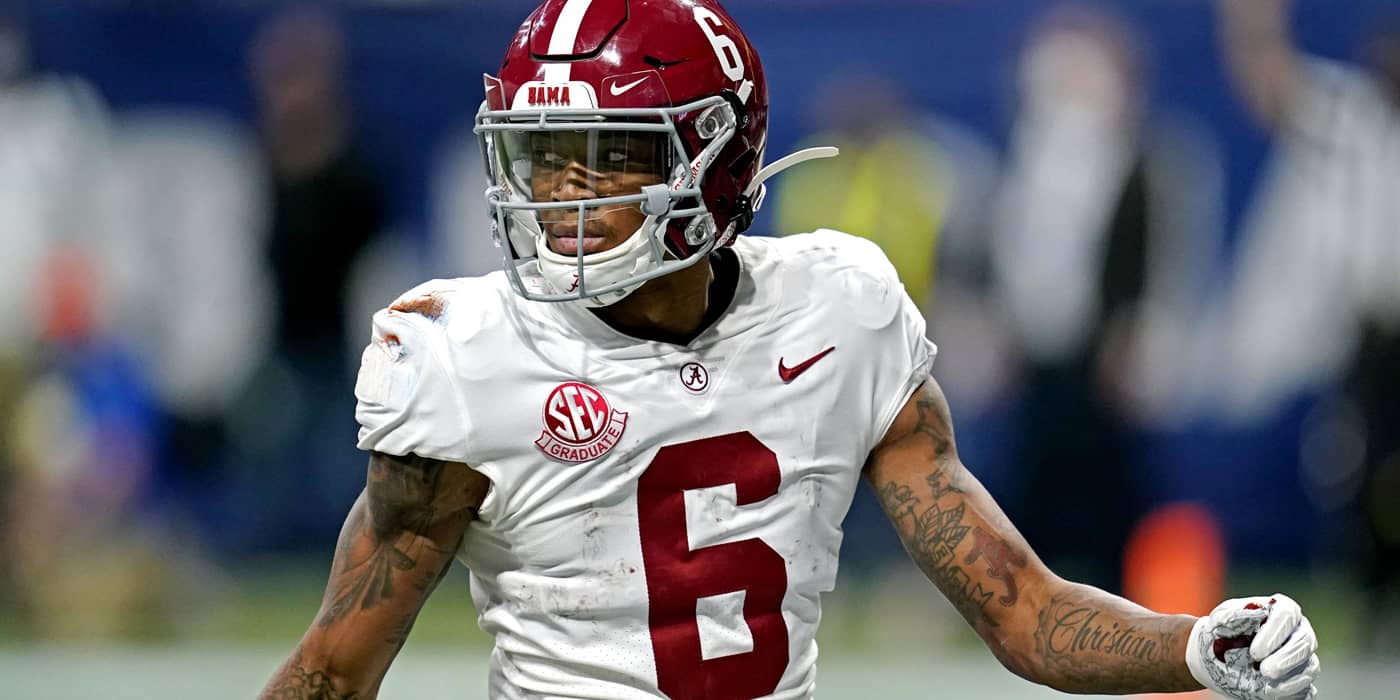 The 2020 Heisman Trophy-winning wide receiver DeVonta Smith provides an exciting prospect for the 2021 NFL Draft class. Smith is not the biggest or strongest receiver in the draft class. Still, Smith does provide explosiveness and elite route running that will allow him to provide fantasy value immediately and in the future in the NFL. Smith is a natural football player and looks comfortable doing everything on the football field.

Smith outperformed both Jerry Jeudy and Henry Ruggs when all three were on the same team at Alabama. Back in 2019, DeVonta Smith had 68 receptions, 1256 yards, and 14 TDs. Jeudy had 77 receptions, 1163, and ten TDs, while Ruggs managed 40 receptions, 746 yards, and seven TDs. Both Jeudy and Ruggs went in the first round of the 2020 NFL draft and early in dynasty rookie drafts. Smith has outperformed these other two Alabama receivers on film and the field and, given the right situation, can do so in the NFL.

Smith’s greatest strength is his ability to high point a football and win contested catches. Smith has shown consistently on film he can go up above a defender and bring down the ball. While Smith can win 50/50 balls, he has the route running to make himself open on any given play. Smith is an incredibly fun receiver to watch. Already in college, he has shown an attention to detail in all aspects of the receiver position. Smith is very explosive off the ball and has various moves to separate from defenders, all while running crisp routes. He has an elegance and subtly to his route running that will translate nicely to the NFL. Smith has also shown consistency in his game, having only one game under six receptions and only four games under 100 yards. Smith is going to provide a valuable piece to any offense in the NFL.

The one major weakness for Smith is how he will match up against big, physical corners in the NFL. Smith is a smaller receiver weighing in at only 175 lbs. He has struggled against bigger corners in the past. His footwork off the line can allow him to create space for himself, but if a corner can get his hands on Smith, he may struggle to get free. Smith’s work and attention to detail he has shown in college gives confidence that he will continue to develop his repertoire in the NFL to handle the physical corners he matches up against. 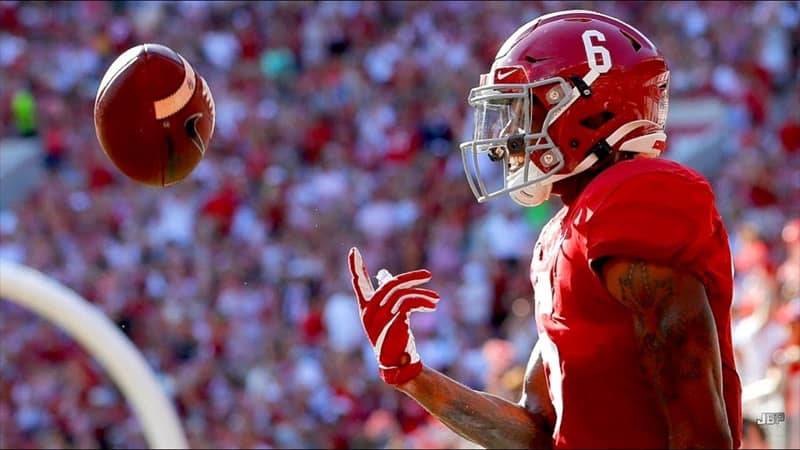 Smith is my favorite wide receiver in 2021 dynasty rookie drafts. The landing spot in the NFL draft could swap Smith and Ja’Marr Chase for dynasty rookie drafts. As of now, Smith sits at the top of my rookie wide receiver rankings. He will likely go as a top 5 pick in non-superflex dynasty rookie drafts. The Heisman winner can provide an immediate fantasy impact for your team because he will instantly give fantasy teams a WR3 with significant upside. Smith’s ability to take any play to the house provides explosiveness to a fantasy lineup and allows for week-winning potential any time he touches the ball. Smith’s attention to detail when it comes to the wide receiver position and his athletic ability means he can develop into an elite receiver in the NFL. Smith has the potential to be a Steelers-era Antonio Brown if he lands with the right team. Smith is well worth the top 5 pick investment in dynasty as he will provide instant value and has the potential to be a WR1 for your fantasy team for years to come.

Some potential landing spots for Smith that would provide instant fantasy value for teams would be the Dolphins, Giants, Chargers, and Bears. If Smith were to land with the Dolphins, he would be reunited with his former college quarterback in Tagovailoa. The chemistry these two had in college would help ease the transition to the pros for Smith. The Giants would give Smith the chance to be the number 1 receiver with another young quarterback. Daniel Jones would be given an elite weapon to use as he continues to grow as a quarterback. The Chargers would be a fascinating landing spot. They are thin at receiver, with Keenan Allen being their consistent option and Mike Williams continually dealing with injuries. If the Chargers wanted to add another weapon for Herbert, Smith would provide another dimension to their offense. Joining the Chargers would also allow Smith not to be the focus of defenses which would give him more room to operate as he adjusts to the NFL. Like the Chargers, the Bears at 15 would provide Smith the chance to work as the team’s number 2 option (assuming the Bears franchise tag Allen Robinson). Each of these landing spots would allow Smith to shine in his rookie year, given the opportunities he would have.