Derrick Henry came into the 2016 NFL draft as an enigma within an enigma. The Heisman Trophy winner from Alabama is a monster of a man at nearly 6’3” weighing in it at 247 with a 4.54 sec 40-yard dash.

Derrick Henry came into the 2016 NFL draft as an enigma within an enigma. The Heisman Trophy winner from Alabama is a monster of a man at nearly 6’3” weighing in it at 247 with a 4.54 sec 40-yard dash. Henry was projected to be drafted towards the end of the first to early second round with teams like Dallas, Seattle, Minnesota and Carolina rumored to be potential landing spots. With the 45th overall pick in the second round, the Tennessee Titans made a surprise move and added Henry to a stable of running backs that includes newly acquired Demarco Murray and 2015’s fifth round draft pick David Cobb.

[the_ad id=”58837″]Derrick Henry finished his high school career with 12,124 yards and 153 TDs. Out of high school, he was rated the #1 athlete in the nation and choose to remain a running back instead of switching to linebacker while committing to Alabama.

With T.J. Yeldon still the primary back, Henry posted a 172/990/11 line his sophomore season. As the lead back with the Tide last year, Henry won the Heisman among several other awards and broke Herschel Walker’s single season SEC rushing record with 2,219 yards on 395 carries and 28 TDs.

Derrick Henry draws no parallel to prior running backs in size, athleticism and speed. Henry’s combine measurable are nearly identical to Denver’s All-Pro linebacker Von Miller except that Henry did one more rep on bench press. His size and strength are evident when in pass protection and running through the open field where he effectively uses his long arms and strength to brush off tackles.

Henry is highly durable carrying the ball 20 or more times in 11 games last year including a 46 carry effort against Auburn where he finished with 271 yards. Very few RBs have the ability to stop a blitzing NFL linebacker, but Henry has the size and strength to stop blitzers in their tracks.

As much as Derrick Henry’s size, strength and speed are an asset in pass protection and the open field, those characteristics become a liability before he develops north-south momentum. Henry went down 78% of the time on first contact in the backfield in 2015 with Alabama. To avoid tackles for loss, Henry will need to develop the skill to hit the gas and find the hole without hesitating in the backfield.

Although the assumption is Henry’s size would allow him to bowl defenders over, he tends to fall forward with little ability to drag defenders or push piles. Where a team needs a short gain, his tendency to get his 6’3” frame to fall forward on contact is an asset, but Henry gets stopped prematurely on plays that elite RBs may break for long runs.

Henry was rarely used as a pass-catcher at Alabama. Henry’s hands have been questioned, but he’s never had much of an opportunity to showcase his pass-catching ability. During Henry’s sophomore and junior year at Alabama he caught the ball 15 times, but those receptions went for 224 yards and two TDs. His pass-catching may be a weakness, but he was willing to fill in as a route runner at the Alabama pro day which says something about his confidence hauling in the ball. If he thought his pass catching was a liability, would he want to put it out there in full view of all 32 NFL teams at Alabama’s pro day? He didn’t exactly look fluid catching the ball at the combine, but he didn’t look like he had stone hands either. Henry’s pass catching is certainly not a strength, but don’t jump on the ‘can’t catch’ bandwagon quite yet without a larger sample size.

Henry is one of five RBs currently on the Tennessee Titans roster along with Murray, David Cobb, Dexter McCluster and Antonio Andrews. Henry’s role will be severely limited by Murray, but he should have little trouble establishing himself as the clear #2 option. 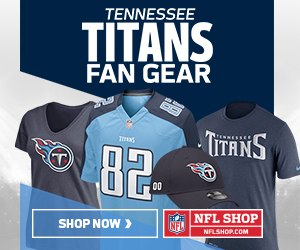 What bolds well for Henry is Head Coach Mike Mularkey’s commitment to an offensive style that Mularkey refers to as “Exotic Smashmouth” reminiscent of the offense that he ran as the Offensive Coordinator with the Steelers in 2001 and 2002. In those years the Steelers finished third and fifth in total offense on the backs of their rushing attack. With a new quarterback that was placed on IR after getting pummeled playing behind a weak offensive line, Henry makes sense as a guy that can simultaneously protect Mariota on passing plays and wear down defenses. Henry is also insurance for Murray whose consistency and health have been less than stellar with the exception of 2014 season behind a dominant Dallas offensive line.

The Titans’ offensive coordinator is Terry Robiskie who has a long yet unspectacular career as an NFL coach. One of the bright spots for Henry (and Murray) in Tennessee is running backs coach Sylvester Croom. Since 1997, Croom has coached Barry Sanders, Ahman Green, Steven Jackson and Maurice Jones-Drew to highly successful seasons as a RBs coach or offensive coordinator.

Hard to believe anything Murray says these days.

Antonio Andrews was the lead back with a 143/520/3 stat line. Dexter McCluster (55/247/1), Bishop Sankey (47/193/1) and David Cobb (52/146/1) failed to impress while the team only called runs on 38.01% of their offensive plays through the year. Murray and Henry should get the bulk of the carries behind an improved line with a coaching staff committed to the run. Assuming the Titans offense is moderately more effective while improving from 922 offensive plays last year to 1,000 and call a rush 40% of the time, the Titans backfield will have 400 carries to split. Without seeing anything from the Titans on the field yet, this is more of a WAG, but Murray should be good for (250/1,100/7), which would leave Henry roughly (100/420/3).

With Dexter McCluster likely to be the pass-catching back and Murray taking the lion’s share of the rushes, Henry’s redraft fantasy outlook is pretty bleak for this year, but he’s one of the few backs from the draft that has the ability and path to step into a lead role at the beginning of the season if needed. Drafting Henry is a hedge against Murray’s ability to stay healthy and a leap of faith in the offensive capabilities of a team coached by Mike Mularkey and Terry Robiskie.

Eric joined the Navy just before 9/11 and shipped off to boot camp as a Nuclear Engineer in January 2002. He was accepted into an officer program and became a Surface Warfare Officer driving big ships with lots of guns after graduating from The University of Memphis with a degree in Engineering. Eric played fantasy football for years before the Navy, but limited internet access and hectic schedules during multiple deployments made following football closely nearly impossible. Upon returning stateside, Eric started consuming fantasy strategies and analysis to catch back up on the NFL. Not only did Eric catch up, he got hooked and caught the fantasy sickness. Eric separated from the Navy and returned to his hometown of Buffalo, NY to resume his sadistic love of the Bills locally.
In addition to football, Eric loves poker and writing. The lessons Eric learned while reading well over 20 poker books and playing poker avidly often drives his approach to fantasy. As a family man, Eric doesn’t get away to the poker tables nearly enough, but he finds time to pursue his love of writing and fantasy football. Eric specializes in redraft league strategies and loves the complexity of auction drafts