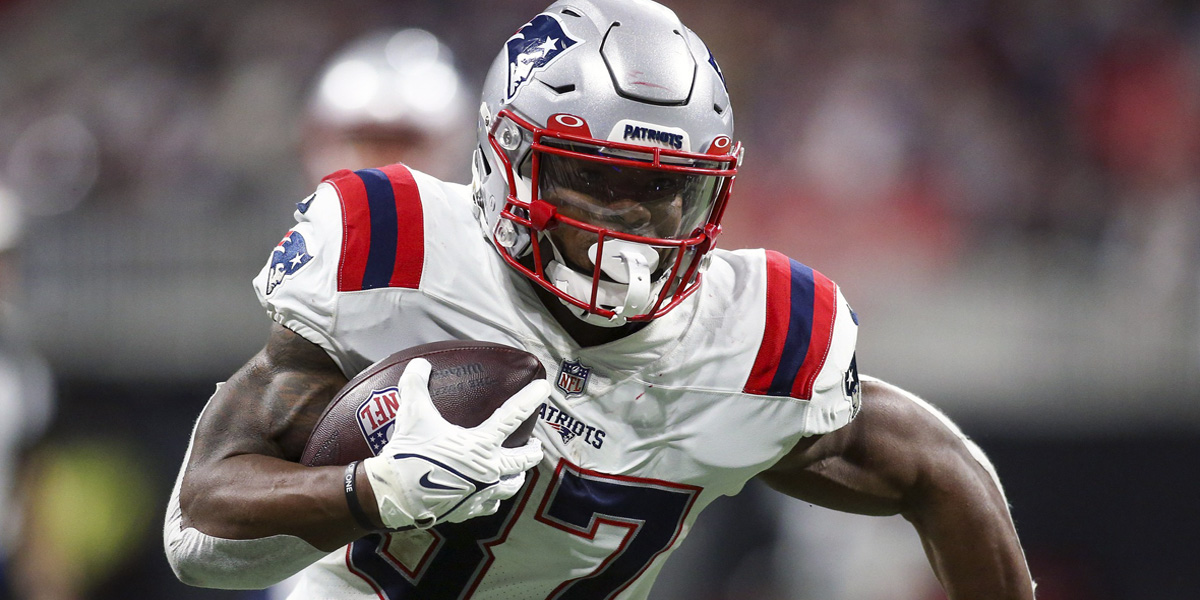 Harris was the primary running back for the New England Patriots during the 2021 season, posting monster numbers for the team. Harris started all 15 games in which he played. He had 202 rushing attempts for 929 yards, averaging 4.6 yards per carry, scoring a total of 15 touchdowns, which tied for 2nd in the NFL for the most rushing touchdowns of the season behind the rushing touchdown leader Colts star running back Jonathan Taylor who could have easily been in the MVP race last season. Harris’ best game of the season was at home in week 16 in a 33-21 loss to the Buffalo Bills where he rushed 18 times for 103 yards, scoring 3 touchdowns, posting a total of 28.3 fantasy points. In standard leagues, Harris scored a total of 192.1 fantasy points for the year finishing as the RB8, and in PPR leagues scoring 210.1 fantasy points finishing as the RB15.

The New England Patriots made numerous changes to their team throughout the offseason. They drafted running backs Pierre Strong from South Dakota State University with the 127th pick in the 4th round and Kevin Harris from the University of South Carolina with the 183rd pick in the 6th round of the 2022 NFL Draft. Even though the Patriots drafted these two new running backs, I do not expect these new additions to the roster to see much action on the field during the upcoming 2022 NFL season.

The good news is that during the 2022 NFL Draft the Patriots drafted three offensive linemen. They selected guard Cole Strange from the University of Tennessee at Chattanooga with the 29th pick in the first round, center Chasen Hines from Louisiana State University with the 210th pick in the 6th round, and offensive tackle Andrew Stueber from the University of Michigan with the 245th pick in the 7th round. These new additions to the offensive line should help polish the running game as Harris had a hard time getting to the second level during some of his runs last season, and these additions to the roster should finally help him achieve that.

During the offseason, after the departure of longtime Patriots former offensive coordinator Josh McDaniels who became the Las Vegas Raiders head coach this past January, head coach Bill Belichick announced that the Patriots did not choose their offensive coordinator and have not chosen a definitive play-caller for the 2022 season. When asked during an interview on May 23, 2022, whether Belichick chose an offensive coordinator and play-caller for the season he responded, “When we get to it, we’ll get to it.” We’ll have to see how this affects Harris’ touches now with the possibility of having different offensive coaches calling plays which could either be beneficial or disastrous for the star running back.

Who Do We Trust?

As usual, the Patriots have a crowded backfield again and will likely feature three to four running backs per game this season with Harris taking on the primary role, Rhamondre Stevenson being the primary backup, and James White and J.J. Taylor both taking on the roles of the pass-catching backs. I put my trust in Harris that he will prove himself once again and that he can carry the Patriots’ running game and also help the second-year quarterback Mac Jones make the playoffs leading the Patriots to possibly win a super bowl as this is Harris’ last year on his rookie contract. A stellar season along with a Super Bowl win will earn Harris a chance of resigning with the Patriots after the 2022 season ends.

Harris’ current ADP is 64. I believe his current ADP is exactly where it should be. I would not pass up the opportunity to draft Harris at his current ADP as it is likely that he will have a good season following last year’s break-out. Harris will receive plenty of carries once again as he is the lead back in this New England offense and will continue to be relied on heavily in the running game. A big part of New England’s focus on offense is to run the football where they were the number 9 team in the NFL with 28.3 rushing attempts per game and were the number 7 team in rushing play percentage with a total of 45.3% for the 2021 season. The Patriots have consistently used him on first and second downs, and in the red zone where he will continue to contribute to the running game and score plenty of touchdowns this season.