Week 15. This is where all that hard work you put in back in July and August finally pays off. All the reading, research, number-crunching, note-taking and obsessing. It’s fantasy playoffs time. Where bragging rights, championship belts, trophies and cold hard cash are earned. 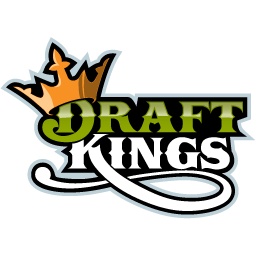 Week 15. This is where all that hard work you put in back in July and August finally pays off. All the reading, research, number-crunching, note-taking and obsessing. It’s fantasy playoffs time. Where bragging rights, championship belts, trophies and cold hard cash are earned.

Speaking of cash, Week 15 is also the biggest week of the year over at Draftkings, where much like your fantasy league, this is the week you’ve been anxiously waiting for. Our friends at Draftkings have made several lucky daily fantasy playerss millionaires this season, and Week 15 is the biggest contest yet!

This will be the final time this season to become the newest fantasy football millionaire by entering the Draftkings $3M Million Maker Championship Finale. Over 25,000 people will win some cash in this extravaganza, and one entry will become the final person to receive a $1 million check- all for simply submitting a fantasy football lineup.

Winning in daily football leagues is all about identifying value, smart budgeting, and situational awareness. Entering the final Millionaire Maker, I’m still in 7th place for the season-long daily contest at Fantasypros.com. Here are some of the players that I’ll be considering for Week 15.

Drew Brees ($8400)- Brees has had a disappointing season by his lofty standards, but daily league players who want to shell out big bucks for an elite signal-caller will love the matchup with Chicago’s atrocious pass defense. The Bears rank dead last in the NFL, surrendering an NFL-high 30 touchdown passes and over 25 fantasy points-per-game to opposing QB’s. For those that like to play it down to the wire, this game is also the Monday Night contest for Week 15, and weather shouldn’t be a factor.

Eli Manning ($6400)- A nice mid-range option this week, Eli has an intriguing matchup against a Washington defense that allows 24 points-per-week to fantasy QB’s- 30th in the NFL. The last time these two opponents met back in Week 4, Eli lit up Washington for a season-best 37.1 fantasy points. An Eli/Odell Beckham stack has some real appeal if that’s your thing.

Johnny Manziel ($5900)- I’m not advocating starting Johnny Football, but no doubt many of your opponents will be. Manziel is a total question mark- he could go off for 250 yards and 100 rushing yards, or he could get rattles early and benched. Way too risky for my taste, but worth noting here as early numbers have him as one of the highest represented starters.

Derek Anderson ($5000)- If you’re loading up on elite skill position guys and looking for a budget starter at quarterback, Anderson could be your guy. At the absolute minimum price tag, Anderson will try to keep the Panthers playoff hopes alive against an improving Tampa Bay pass defense. In a start in Week 1 against this same opponent, Anderson tossed a couple of touchdowns and 230 yards.

Le’Veon Bell ($9600)- It’s hard to discount how great Bell has been lately. Three straight games north of 200 scrimmage yards and 30+ fantasy points. With that said, shelling out this much money might still be a good value, as Bell gets to face the Atlanta Falcons 32nd ranked run defense.

Fred Jackson ($5200)- The best way for the Bills to keep their faint AFC playoff hopes alive is to keep Green Bay’s offense sidelined. That means grinding the ball out with Fred Jackson for 20+ carries. F-Jax is also an excellent receiver out of the backfield, giving him added appeal in this PPR-format.

Chris Johnson ($3600)- CJ0K is coming off of his two biggest workloads in each of the past two games. Maybe the Jets finally figured out the best way to stay in games is to keep the ball OUT of the quarterback’s hands as much as possible. Look for New York to stick to the ground-n-pound approach this week against a bottom-five Tennessee Titans run defense. It’s also a “revenge” game for Johnson, so maybe the Jets try to give him a few extra looks.

T.Y. Hilton ($8000)- Don’t expect an encore from that insane 223-yard explosion the last time Hilton faced Houston, but the Texans don’t have anyone in their secondary that can run with Hilton. In five career matchups against Houston, Hilton averages 6.2 receptions, 122 yards, and 1.2 touchdowns per game.

DeAndre Hopkins ($6100)- “Nuk” has already surpassed Andre Johnson as Houston’s top wideout, and now Johnson (concussion) is in danger of missing this game, meaning Hopkins will be the only real receiving threat for a Houston squad desperate to keep their playoff hopes alive and get that elusive first-ever win in Indy.

Harry Douglas ($4200)- With both Julio Jones and Roddy White ailing, Douglas should be in for an increased workload this week in a must-win contest for the Falcons. Douglas started in place of Roddy White in Week 13 against Arizona and caught nine balls for 116 yards. Should Jones miss this game, Douglas will start in his place.

Marqise Lee ($3600)- Lee could be a nice minimal play this week against an awful Baltimore secondary. Over the past three games, Lee has started to assert himself as a reliable target, with 3+ receptions in each game.

Julius Thomas ($5100)- After missing three games, Orange Julius will finally return to the lineup for the Broncos. Thomas is an unquestioned top-three tight end, so getting an elite player for this bargain price is something that all daily league players will have to consider taking advantage of.

Jordan Reed ($4300)- With Colt McCoy back under center this week, Reed should continue to accumulate a healthy number of targets. Washington travels to New York to take on a Giants defense that is mediocre defending tight ends, so Reed is a good candidate to rack up 4+ receptions.

Larry Donnell ($3800)- The last time Donnell face the Redskins he lit them up for three touchdown passes back in Week 4. While Washington will undoubtedly be more prepared for this matchup, Donnell still makes an excellent low-cost play in daily leagues. He’s caught multiple passes in each of New York’s past seven games.