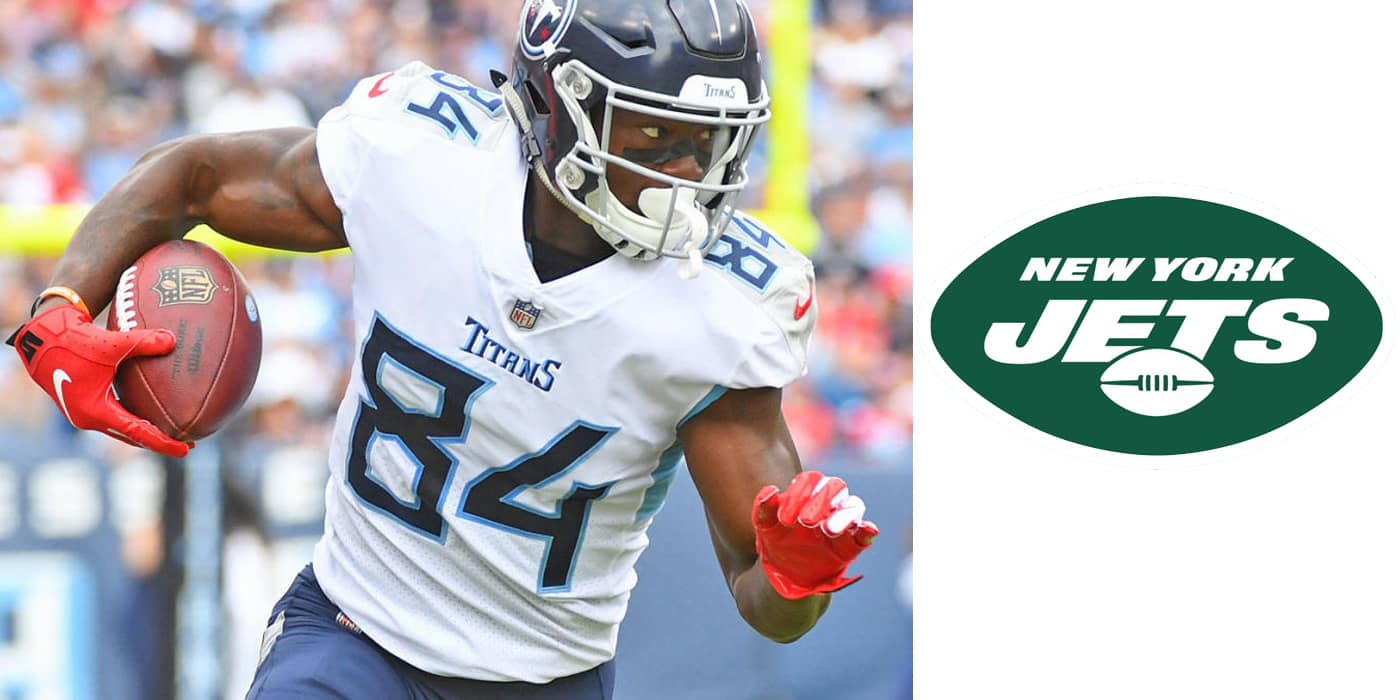 Let us all recognize that the New York Jets are in a rebuild; they will start the 2021 season with a new head coach, new offensive coordinator, a new defensive scheme, and a new quarterback.

WHAT THE NEW YORK JETS HAVE/HAD

While stats are sometimes misleading, according to PlayerProfiler.com, quarterback Sam Darnold had a 69% catchable pass rating (compared to the man he is seemingly going to replace, Teddy Bridgewater had a 78.9% catchable pass rating).  His team averaged 12.9 incompletions per game (19th), attempting passes on 57.17% of their offensive plays.

There will be a new quarterback under center and a new head coach, and a new offensive coordinator.

Perriman has left New York for Detroit.  We also know that Perriman is leaving behind 17.6% target share and 60 targets on the table.

New offensive coordinator Mike LaFleur has spent the past seven years in various locations, but all under Kyle Shanahan.  It isn’t too far-fetched to believe that he will take some cues from the Shanahan offense in LaFleur’s first-time role as an offensive coordinator.  That would necessitate using the outside zone, play-action heavy offense.  The San Francisco 49ers passing game coordinator, LaFleur, saw the 49ers call play-action passes on 27% of their dropbacks from 2017-2020.  That was the seventh in the NFL for that time.

We know that new head coach Robert Saleh and LaFleur hand-picked Davis out of all the available free agent wide receivers.

Davis’s career-best year in 2020 came as WR2 in the Titans’ offense.  Pro Football Focus has him ranked as the eighth-best wide receiver in 2020 (AJ Brown was third-best), grading Davis out at 86.9, over 10 grading points higher than any of his first three seasons.  Not surprising there were no Jets’ receivers ranked in the top 20, as the receiving corps as a unit was ranked 31st per PFF.

There is no question that Davis is an upgrade to the Jets receiving corps.  The Jets are predicted to run a ton of play-action plays this season.  Davis averaged 5.2 yards per route on play-action passes (the most in the league in 2020), with 544 of his 984 receiving yards coming off play-action.

The scheme fit is there.  The target share is there.  The defense is reportedly switching to 4-3, which should have the normal growing pains included. So expect the Jets to be in a negative game script for a good portion of the season.

And then there is the question of who will be under center? And who will be the RB1 in a system that has historically depended on running backs to run outside zone runs, opening it up for play-action passes?

Davis is good.  But expecting more than WR3 numbers in this new offense is a fantasy redraft standard league is a fantasy.  Expect slightly better numbers in PPR, a WR2/WR3 average.  And if you are in for the long game in dynasty, go for him in the early third rounds.