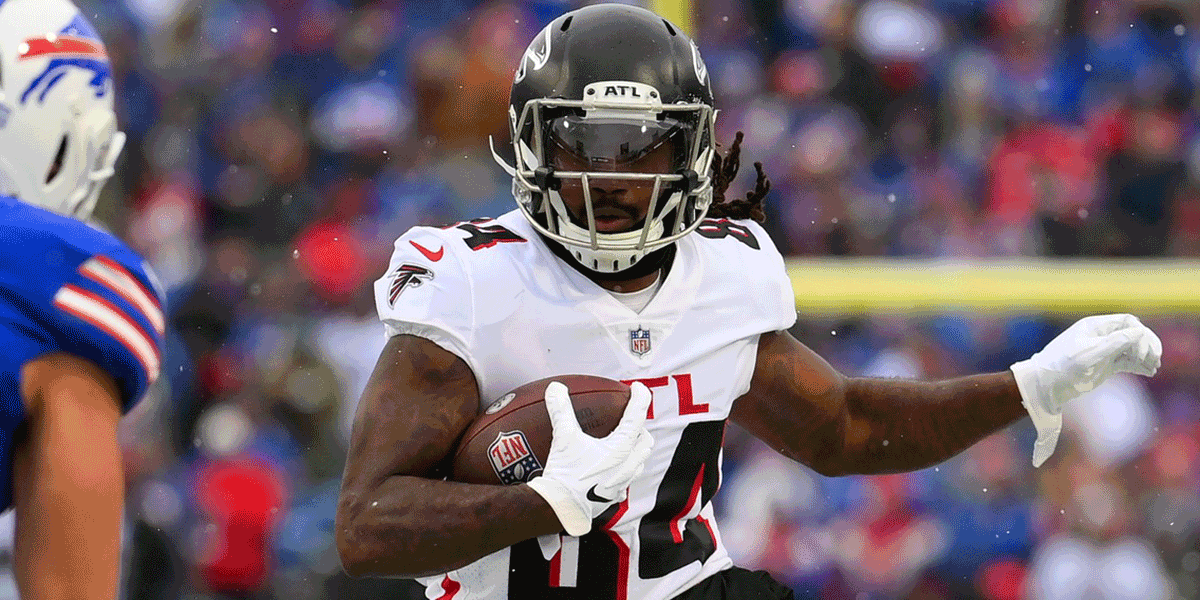 As one of the most surprising fantasy breakouts in 2021, Atlanta Falcons running back Cordarrelle Patterson finds himself in an interesting spot entering the 2022 season.

In his ninth season, Patterson thrived in his role as a pass-catching running back in 2021. The 31-year-old rushed for 618 yards and six touchdowns while hauling in 548 yards and five touchdowns through the air. He was one of just four running backs with at least 153 carries and 69 targets last season, behind only Austin Ekeler, Najee Harris, and Leonard Fournette. This led to RB12 production from a player who started the season on the waiver wire in most leagues. 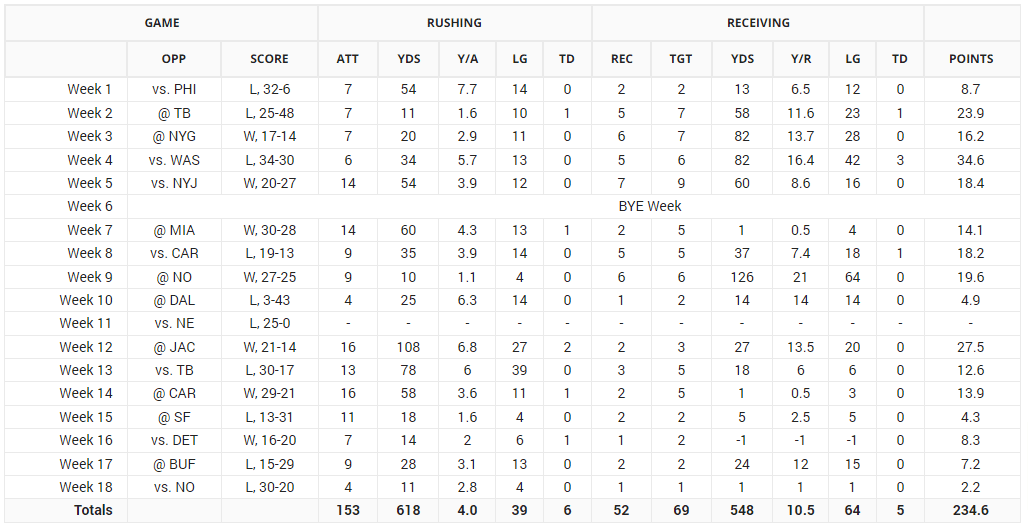 Some might look at his production in 2021 and attribute it to him taking advantage of the absence of Calvin Ridley. While that might be the case, it should continue this upcoming season.

Ridley, who missed 12 games to focus on his mental health last season, is suspended for at least the entirety of the 2022 season due to gambling. So, if Patterson could take advantage of this last season, there’s no reason to believe he can’t do it again this season.

Patterson should have no trouble getting touches in a Falcons offense that could feature him in the backfield. While he will have to fight for targets with Kyle Pitts and rookie Drake London, there aren’t too many threats in the running back room that scare me away as a fantasy manager. Damien Williams was added to the team in free agency, but his best days are behind him. The Falcons drafted Tyler Allgeier in the fifth round of this year’s draft, but I don’t see him making an immediate impact. Cordarrelle Patterson should get plenty of opportunities.

While some might point to new starting quarterback Marcus Mariota as a red flag when looking to draft Patterson, I don’t consider this to be a huge concern. Yes, rushing quarterbacks are not ideal when drafting running backs that rely on catching the ball, but Patterson is no ordinary running back. He is, essentially, a wide receiver playing running back. Last season, he led all running backs in target rate per route at 25%. If he runs a route, he has a good chance of seeing a pass come his way. I don’t see that changing in offensive coordinator Dave Ragone’s system.

Sure, having former-MVP Matt Ryan as your quarterback is a huge plus and you hate to see him go, but don’t let that be the reason you’re out on Patterson. The team might run the quarterback more, but that shouldn’t change the fact that Cordarrelle Patterson is an integral part of Atlanta’s offense.

As of mid-June, Patterson’s ADP is at 84, with 30 running backs being drafted ahead of him. For a player who finished as a top 12 running back last season, there is a ton of value in drafting Patterson in the later rounds. Players like AJ Dillon, Devin Singletary, and Tony Pollard have a higher ADP than Patterson. I’d much rather draft Patterson, who proved his worth last season, than players who could be considered the second-best running backs on their own team. Don’t get me wrong, the aforementioned players have their place in fantasy football drafts, it’s just not in front of Cordarrelle Patterson.

Patterson thrived in the system he’s returning to and has fewer competition for touches than he did in a season where he was the 12th best fantasy running back in the league. I like the chances of Patterson finishing 2022 as a better fantasy player than Dillon, Singletary, or Pollard.

Drafting Cordarrelle Patterson in the later rounds could prove to be a league-winning move for fantasy managers. He screams low risk, high reward. I’m not suggesting that he should be taken ahead of players such as JK Dobbins or David Montgomery, but he should be considered a top 25 running back in fantasy drafts.

With his production in 2021 and the potential increase in snaps and touches, drafting Cordarrelle Patterson at his current ADP is a huge bargain.