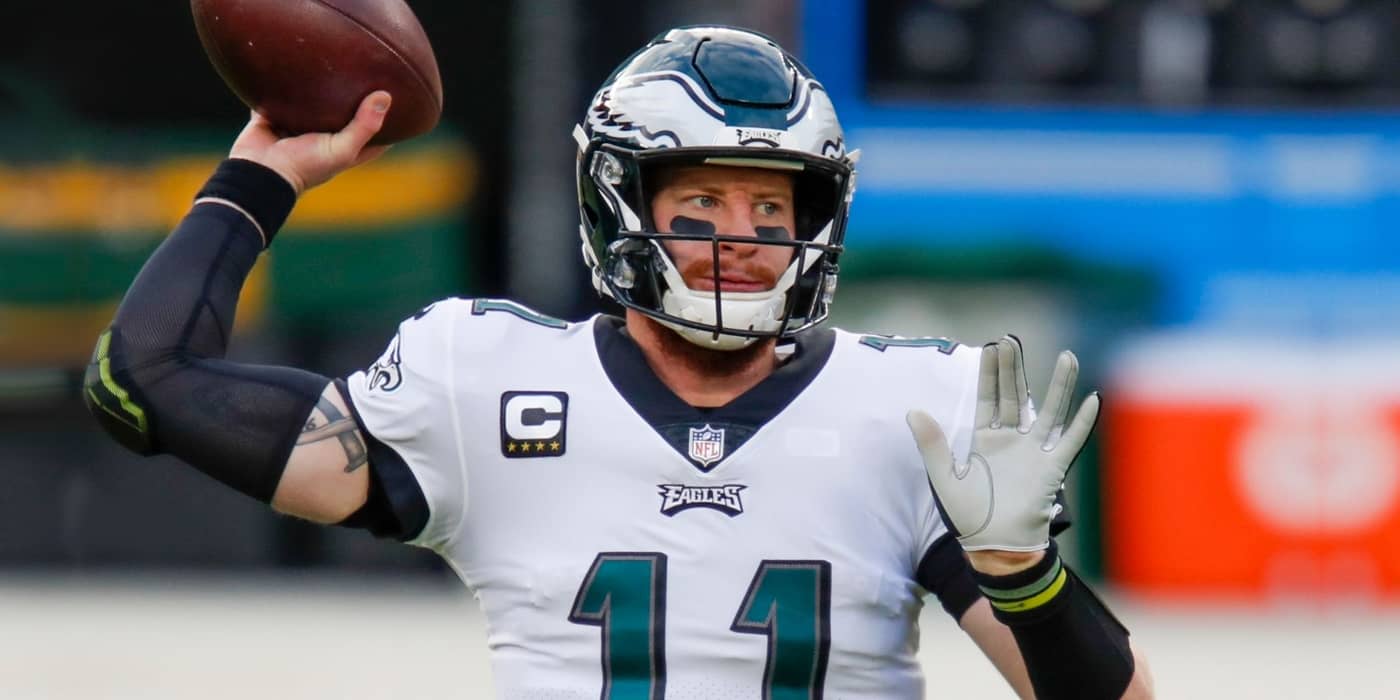 The Philadelphia Eagles have traded Carson Wentz to the Indianapolis Colts in exchange for a 2021 third-round draft pick and a conditional 2022 second-round pick that could turn into a first-rounder.

The conditional pick could become a first-round pick if Wentz plays 75 percent of all offensive snaps in 2021 for the Colts, or Wentz plays 70 percent and the Colts make the playoffs. Wentz has played 84 percent of regular-season snaps in 5 seasons.

The good news is the Eagles get disgruntled Wentz off their roster, the bad news is the team will take a $33.8 million dead cap hit, which is the largest dead cap hit that any team has ever taken for a player in the NFL. The Colts will assume the balance of Wentz’s $128 million extension, including the $10 million guaranteed roster bonus due March 19.

Wentz, at one point an MVP candidate before getting hurt, wanted out of Philadelphia badly. The Eagles fired Doug Pederson and hired former Colts offensive coordinator Nick Sirianni as their new head coach in the offseason, but that didn’t seem to phase Wentz. The team were stuck with a player that wanted out signed to a huge contract that the league wasn’t thrilled to take over. The Eagles compensation would have been more if it wasn’t for the massive deal they had signed him too.

When rumors first surfaced that Wentz wanted out of Philly, many sportsbooks and betting guides had the Bears at even money as early favorites as the landing spot for the 5th year QB to be traded too. The rumors even included former Super Bowl hero Nick Foles being included in the trade being sent back to Philly. The Colts (+120) were the second most likely trade destination for the Eagles. The odds quickly changed last night with the Colts moved from +120 to -1200, which was a strong indication the trade was going down today.

So Good It Hurts?

The big question for the Eagles now is where do they go from here? Does the team draft a new quarterback, one that new head coach Nick Sirianni can groom and mentor, or does the team roll with Jalen Hurts, a scrambling college star that was drafted in the second round last season? Hurts showed flashes last season despite being on a team that was riddled with injuries and a locker room that had lost confidence. It’ll be interesting to see how the Eagles plan to rebuild moving forward.

When I said Hurts would be a top 10 fantasy QB next yr (assuming Wentz is traded) I got a lot of pushback. He can’t throw people said. So I looked at another guy who showed promise at end of his rookie yr that folks also said couldn’t throw. Telling you right now. All in on Hurts pic.twitter.com/W5fAyVnui9

Howie Roseman has the confidence of owner Jeff Lurie, but that seems to be as far as it goes. The city of Philadelphia blames Roseman for this mess and poor drafting over the last few years. This trade move comes less than two years after Wentz signed a four-year, $128 million contract extension in June of 2019 and in the midst of an off-season of major change for the Eagles, who fired Super Bowl-winning head coach Doug Pederson last month.

Carson Wentz threw 16 touchdowns and a league-high 15 interceptions in 12 starts this past season before losing his starting job to Hurts. The 28-year-old played five seasons in Philadelphia after being selected with the No. 2 pick in the 2016 NFL Draft out of North Dakota State.