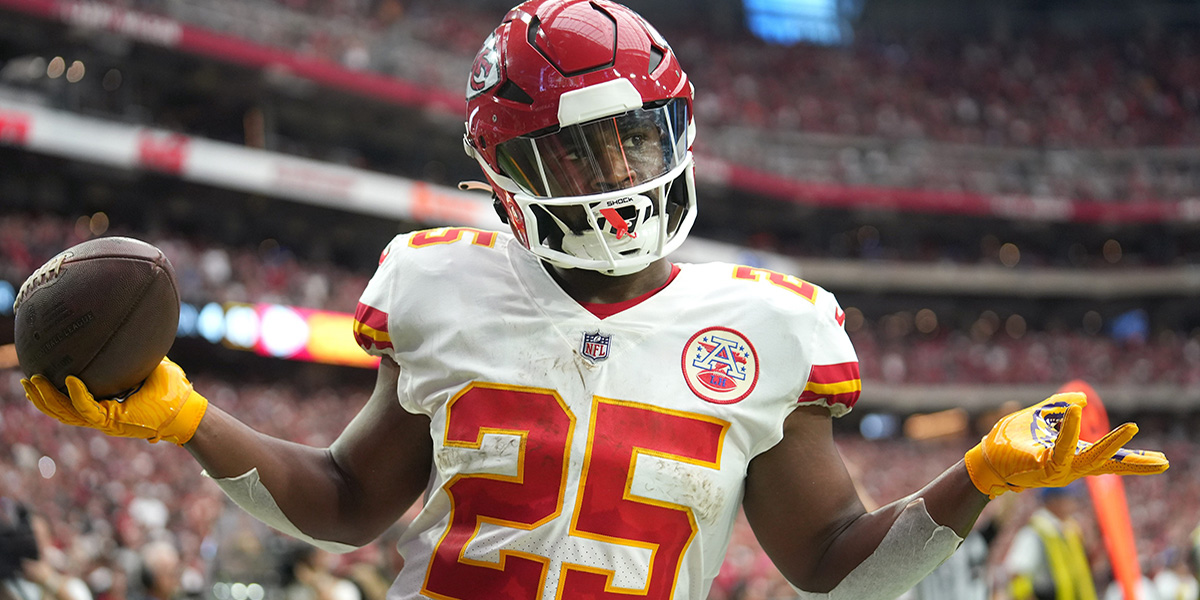 During the action-packed Week 1 of NFL football, we saw some players do very well, and we saw some do very poorly. The important thing is to stay grounded and not overreact to one good or bad week of football. With that in mind, we will be looking at three players that you should look to buy low on in your leagues and three you should look to sell high on:

Breece Hall didn’t take over the backfield in Week 1, but we knew it would be a slow process to begin with. Michael Carter is still there as a pest and will split work with him, but what’s most encouraging is the receiving work Hall got in the offense. He got six catches in his first NFL game, and while it could possibly change when Zach Wilson returns, it seems like the team trusts him as a pass-catcher. Fantasy managers get impatient very fast, so now could be a great time to go trade for Hall before his potential breakout later this season.

Mike Williams put up a dismal stat line in Week 1, totaling only ten yards on two receptions in a win over the Raiders. He only received four targets on the day, and it just seemed like he wasn’t a respected option for QB Justin Herbert. However, he has had a tendency to struggle with consistency, which dates back through his entire career. He put up a joke of a week to start the year, but with Keenan Allen missing Week 2 and possibly more, Williams will look to step into the WR1 role for the time being and deliver his signature week-winning performances.

Most Lamb owners are in an absolute state of panic right now. He put up only 29 receiving yards against the Buccaneers last week, the offense was only able to score three points, and on top of all of that, his quarterback Dak Prescott is now expected to miss 4-8 weeks with a hand injury. It seems like there’s no hope for the young stud, but there is. It’s wise to bet on talent and youth in fantasy football, and Lamb certainly has both of them. He will receive the bulk of the targets in the offense with or without Prescott, and the price to trade for him is probably as low right now as it’s going to get.

I know it may seem like I’m bailing on Harris after one mediocre week, but there are plenty of reasons to try to move the second-year RB. For one, he continues to battle injuries. He was dealing with a Lisfranc injury earlier this off-season, and now he is dealing with another injury that forced him to leave Sunday’s game early. Another reason is that he’s going to be too touchdown-dependent this year. He is seeing a decrease in targets, receptions, and overall workload, and he may not be able to provide sustained weekly value without a touchdown. The last reason is that his value is still very high. Most people think he just had one bad game battling an injury, and anyone who owns Harris can likely still sell him at a steep price and get a haul for him.

CEH put up some nice numbers on Sunday, scoring 22.4 points in PPR formats. He looked nice and crisp, but the problem comes up in his sustainability. He was only on the field for 24% of the team’s offensive snaps, granted that it was a blowout. Almost all of his fantasy production came on his two receiving touchdowns at the goal line, and he didn’t see a lot of production from much else. He has week-to-week upside, but it would be wise to capitalize on CEH’s value now, while it’s still high.

He may be more of a tricky player to trade, but you can find somebody on waivers that will likely be just as good as him for the rest of the season. He will be one of the hottest risers in fantasy with the news that Keenan Allen is expected to miss some time, but he has never shown sustained fantasy production throughout his career, and I don’t expect that to change this year. He will likely continue to have explosive weeks, but he isn’t notably better than other options at the position and should be traded for the right price while his stock is still up.